U.S. not eligible to act as judge of human rights 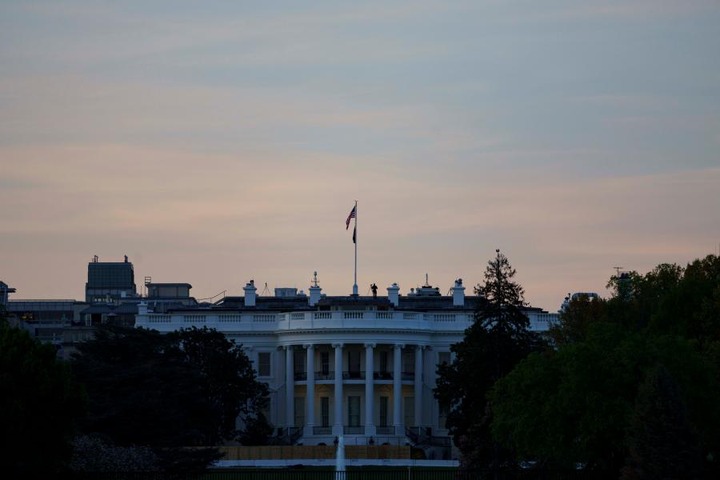 The U.S. Department of State recently released its annual “Trafficking in Persons Report,” arbitrarily and unscrupulously criticizing and smearing other countries, while listing the U.S. among the “Tier 1”, the highest ranking, countries in the report despite its notorious record on human trafficking.

However, no matter how hard the U.S. tries to fabricate such reports filled with false information year after year in an attempt to brazenly prettify itself and defame others, it can never change the fact that the self-styled “beacon of human rights” is not able to disperse the darkness surrounding its own human rights situation.

Instead, the so-called “Trafficking in Persons Report” only exposes to the world once again the malicious intention of the U.S. to interfere in the internal affairs of other countries under the guise of human rights.

“The U.S. Department of State strives to advance around the world the security, prosperity, and values that U.S. citizens share,” said U.S. Secretary of State Antony Blinken in the report. The shameless boast of the U.S. is no doubt a slap in its own face.

In the report of 600-plus pages, the U.S. glosses over its own problems with less than half a page, showing symptoms of selective amnesia again. The fact is that human trafficking is not only a dark chapter of the U.S. history, but a brutal reality in the country. The U.S. is by no means eligible to act as a human rights preacher or judge.

The development of the U.S. had a direct correlation with the bloody and atrocious slave trade, a sin that can never be whitewashed. The brutal transatlantic slave trade was the largest long-distance forced movement of people in history.

The arrival of the enslaved Africans tn the Jamestown Colony, in 1619, marks a beginning of two and a half centuries of slavery in North America.

According to the Trans-Atlantic Slave Trade Database, more than 12.5 million Africans were trafficked to the New World between 1514 and 1866, not counting many who died on the way.

Slavery was still legal when the U.S. became independent in 1776. Many of the late U.S. presidents, including George Washington and Thomas Jefferson, were slave owners. Even after the country announced the abolition of slavery in 1865, many of its southern states have enacted laws that enforced racial segregation or other discriminatory policies against black people.

To this day, the U.S. is still troubled by systemic racial discrimination, which is one of the underlying causes of the social division in the country.

The U.S. always makes indiscreet remarks about the human rights situation of other countries while turning a blind eye to the prominent problems of human trafficking and forced labor at home.

From the end of 2007 to the end of 2019, the U.S. National Human Trafficking Hotline handled 63,380 cases of human trafficking, according to statistics from Polaris, a nonprofit organization committed to fighting sex and labor trafficking.

In 2019, the number of human trafficking cases reported to the U.S. National Human Trafficking Hotline reached 11,500, involving 22,326 individual survivors, suggested data from Polaris, which also indicated that during the past five years, cases of forced labor and human trafficking were reported in all 50 states and Washington D.C. of the U.S.

“Shocking as these numbers are, they are likely only a fraction of the actual problem,” said the organization.

According to statistics released by U.S. academic institutions, at least 500,000 people in the U.S. have been subjected to modern slavery and forced labor. The victims include both American citizens and foreign citizens from almost every region in the world, including vulnerable groups such as women, children and people with disabilities.

Slavery is still widespread in the U.S., but has simply taken on a new form, pointed out an American scholar.

Compared to the huge human trafficking industry in the U.S., the country’s endeavors to fight the crime seem feeble and futile.

Human trafficking was not deemed as illegal act and federal crime until the promulgation of the Trafficking Victims Protection Act of 2000, pointed out U.S. media.

The lucrative market of human trafficking in the U.S., which is in disorder due to lax supervision, incomplete law and slack law enforcement, makes criminals and relevant interest groups repeatedly risk danger in desperation. Human trafficking industry keeps growing in the country.

Human trafficking is just the tip of the iceberg of the human rights problems in the U.S. In recent years, especially since the outbreak of the COVID-19 pandemic, white supremacy has resurged and ethnic minority groups, aborigines, refugees, and immigrants in the country have faced more prominent systemic discrimination.

Given its poor human rights record and the serious human rights violations suffered by the American people, how could the U.S. even have the confidence to play the human rights card to meddle in the domestic affairs of other countries?

Defaming others can’t make the U.S. look better, but will only damage its own image. What the U.S. should really do is to look back at the past mistakes it has made and truly address its human rights problems including human trafficking and forced labor, so as to realize racial justice and equality and make sure that the American people can truly share the “security, prosperity, and values” that U.S. politicians keep boasting of.

(Zhong Sheng is a pen name often used by People’s Daily to express its views on China’s foreign policy and international affairs.)