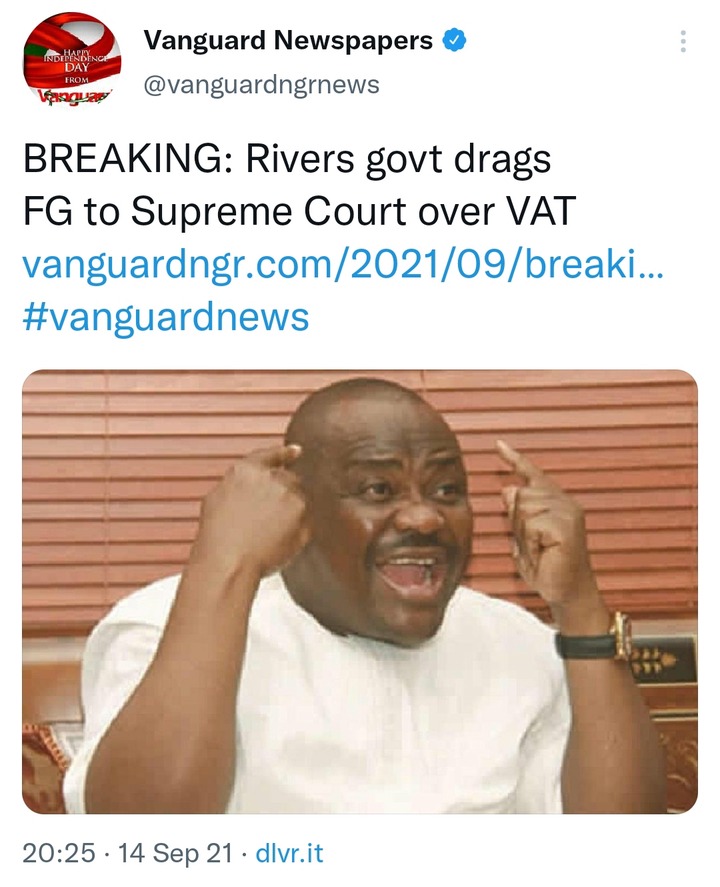 Rivers State government, through its Attorney-General, has gone to the Supreme Court to set aside the decision of the Court of Appeal that ordered it to maintain status quo on the collection of Value Added Tax, VAT, pending the determination of an appeal that was lodged by the Federal Inland Revenue Service, FIRS.

The State, in its nine grounds of appeal, a copy of which was sighted by Vanguard on Tuesday, is praying the apex court to order that the substantive appeal by the FIRS, marked CA/PH/282/2021, and all other processes therein, be heard and determined by a new panel of the Court of Appeal. 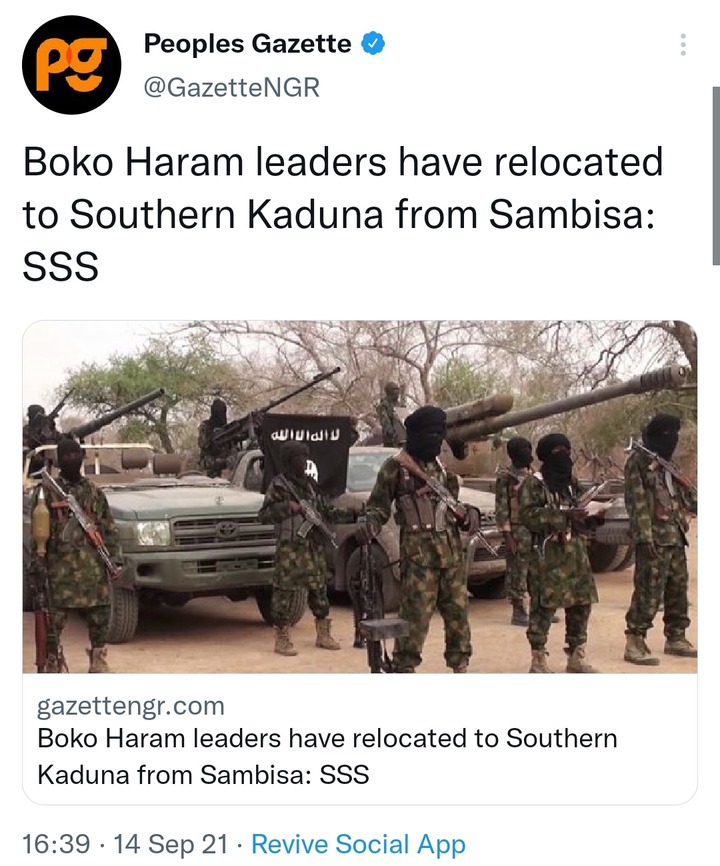 The State Security Service (SSS) has asked security agencies in Kaduna to “step up surveillance and intelligence gathering” in the state as Boko Haram leaders and their foot soldiers have relocated to Southern Kaduna from Sambisa.

According to Peoples Gazette, the terrorists are said to have relocated from Sambisa forest in Borno state to Rijana forest in Chikun local government area of Kaduna.

Peoples Gazette also gathered that a “senior Boko Haram fighter, Ibrahim (FNU) alongside his foot soldiers” were relocating to join their counterpart “under the leadership of one Adamu Yunusu (aka Saddiqu)”. 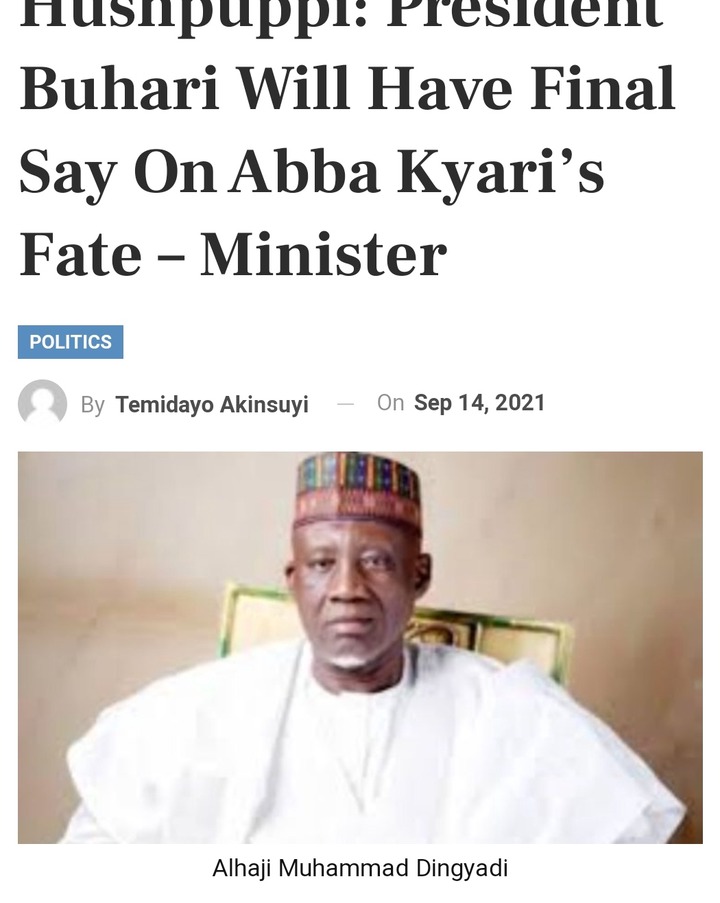 Dingyadi, who disclosed this while featuring as a guest on Channels Television programme ‘Politics Today’ said the federal government is trying to ensure that due diligence is done on the matter because it has international connotations. 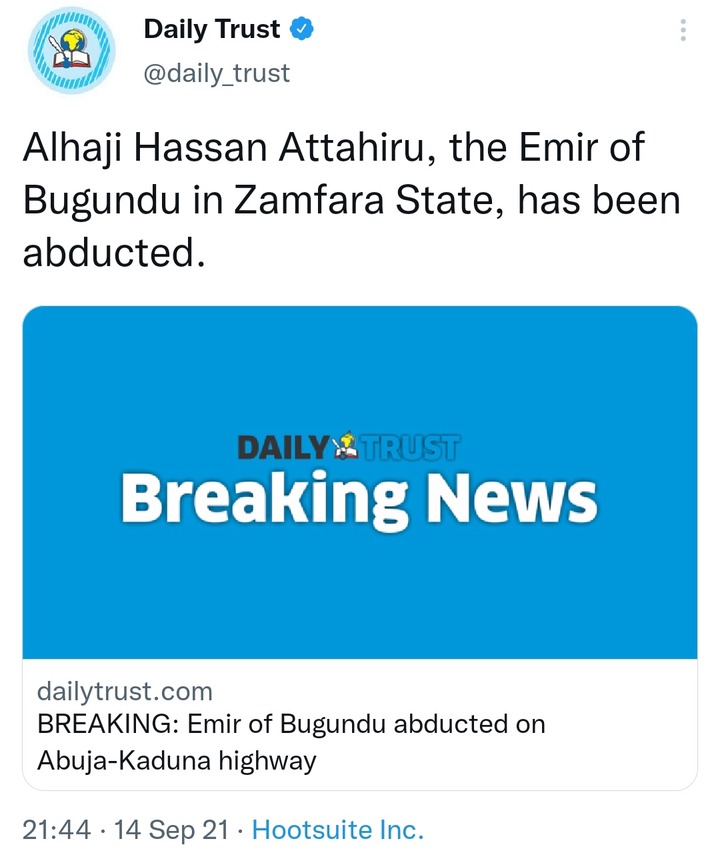 Alhaji Hassan Attahiru, the Emir of Bugundu in Zamfara State, has been abducted.

The first-class monarch was reportedly abducted along Abuja- Kaduna highway on Tuesday evening.

Gunmen were said to have opened fire on the monarch’s convoy and his security aides responded with shots but the bandits overpowered them and whisked the king away. 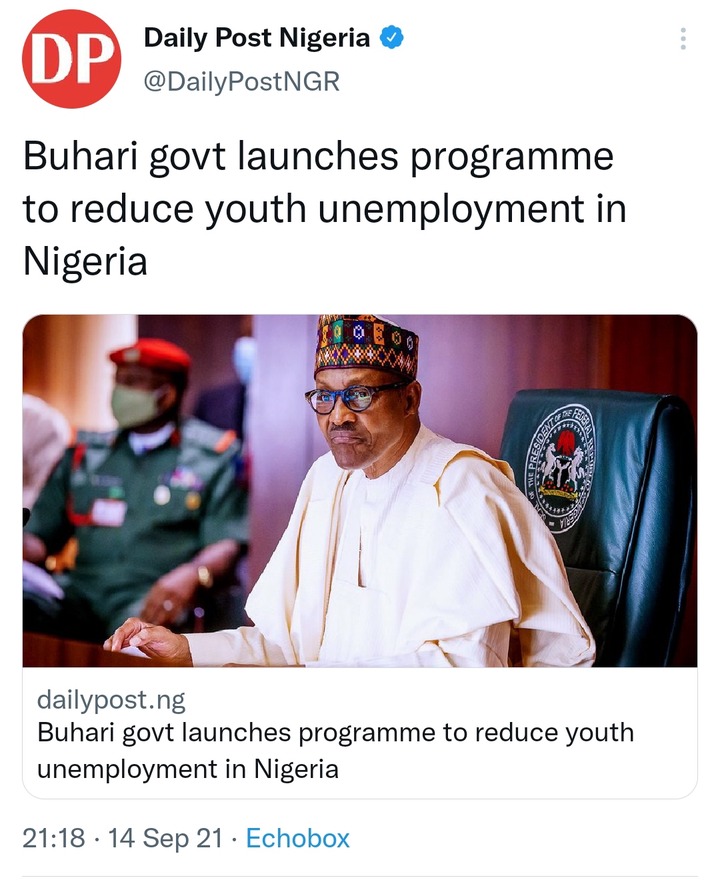 The government reiterated its commitment to mobilize the energies and capacities of the youth to minimise the risks to national security posed by rising unemployment.

Minister of Youth and Sports Development, Sunday Dare said the launch confirmed the commitment of the Buhari administration to continue to facilitate an enabling environment that will create about 3.7 million jobs annually.

What You Should Not Take For Granted In Your Relationship

Food intolerance: what is it, symptoms and what medical specialty to look for