Zuma, the former president of South Africa has been sentenced to 15 months in prison.

According to reports, South Africa's highest court on Tuesday sentenced former president Jacob Zuma to 15 months in prison for contempt of court after he refused to appear before anti-graft investigators.

According to judge Sisi Khampepe, "the Constitutional Court has no choice but to decide that Mr Zuma is guilty of the crime of contempt of court."

Zuma, 79, is accused of facilitating the looting of public finances throughout his nearly nine-year tenure in government. Zuma has denied the allegations.

According to Khampepe, "this type of recalcitrance and defiance is unlawful and will be punished."

"I am left with no choice but to sentence Mr Zuma to prison in the expectation that doing so will send a clear and unambiguous message... that the rule of law and the administration of justice will triumph."

“The majority judgment orders an unsuspended term of jail for a period (of 15 months),” she said, before ordering Zuma to surrender himself within five days of the ruling.

Under the leadership of Deputy Chief Justice Raymond Zondo, the committee of inquiry is conducting its investigation.

However, he only appeared in front of the panel once, in July 2019, before staging a walkout a few days later and accusing Zondo of partiality.

He then refused to appear in court on multiple occasions, alleging medical reasons and preparations for another corruption trial as justifications.

In November, he appeared short again but fled before being questioned, prompting Zondo to request that the Constitutional Court intervene.

Zuma is also charged with 16 counts of fraud, graft, and racketeering in connection with a 1999 purchase of fighter jets, patrol boats, and military equipment from five European arms companies for 30 billion rand, which was then the equivalent of about $5 billion. Zuma is now on bail.

Zuma was serving as Vice President under President Thabo Mbeki at the time of the purchase. 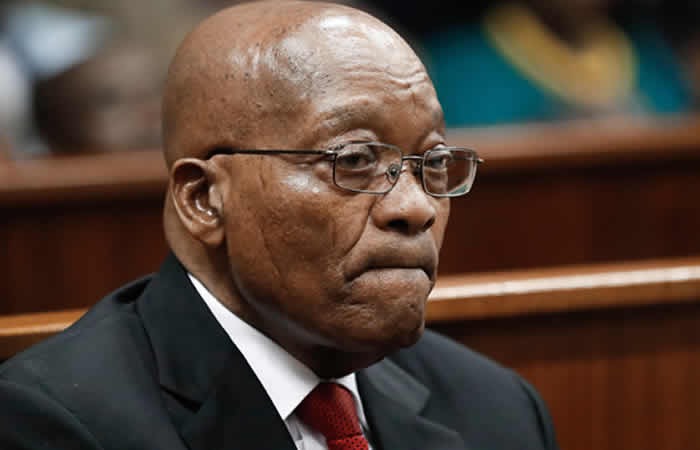 He is suspected of collecting bribes totaling four million rand from one of the companies, the French defense company Thales, in exchange for his cooperation.