By M-SQUARE (self media writer) | 6 months ago

However, protests grew in Zuma's home province of KwaZulu-Natal over the weekend before turning increasingly violent and spreading to Johannesburg on Sunday. Last month, Zuma handed himself in to police after the South African constitutional court charged him with contempt of court after he failed to make an appearance at a corruption trial earlier in the year. 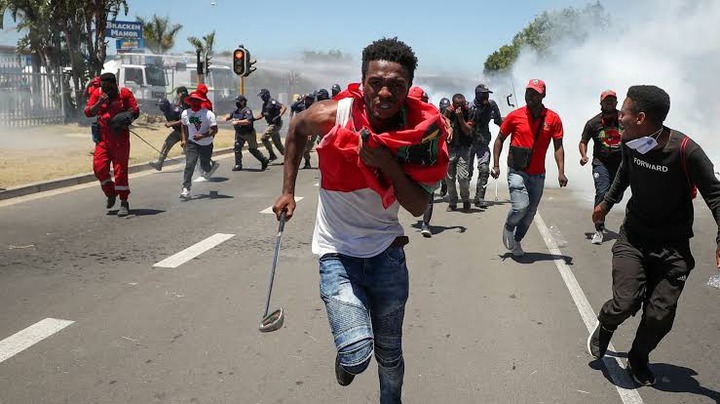 Demonstrations have widened into looting and dozens of people have reportedly been killed. Hundreds loot stores amid violent protests as South Africa’s rioting continues with the death toll rising to 72. Many of the deaths occurred in chaotic stampedes as scores of people looted food, electric appliances, liquor, and clothing from retail centers. 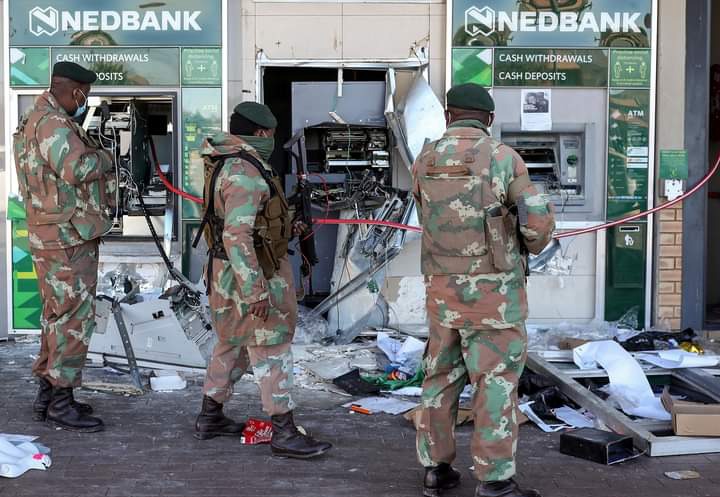 As chaos unfolds on the streets of South Africa, analyses abound of what the drivers of the chaos are. Some point to criminality, others to a political assault on the government fuelled by inter-ANC rivalries. Still others emphasise unemployment and inequality as key drivers, likening the mobilisations to food riots. Protestors have continued to express their anger over the hardship and inequality that persist 27 years after the end of apartheid.

More than 1200 people have been arrested in the lawlessness that has raged in poor areas of two provinces, where a community radio station was ransacked and forced off the air yesterday and some COVID-19 vaccination centres were closed, disrupting urgently needed inoculations.

President Cyril Ramaphosa has called for calm, and urged activists to ‘express themselves within the law.’ Authorities have struggled to contain the violence and enforce a ban on public gatherings and a nightly curfew to slow a record wave of Covid-19 infections across the country, which has overwhelmed hospitals and led to shortages of oxygen. 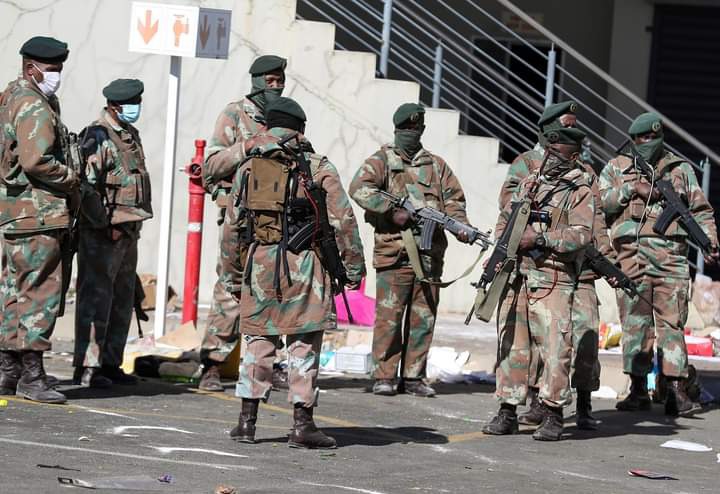