By Sourcementor (self media writer) | 10 months ago 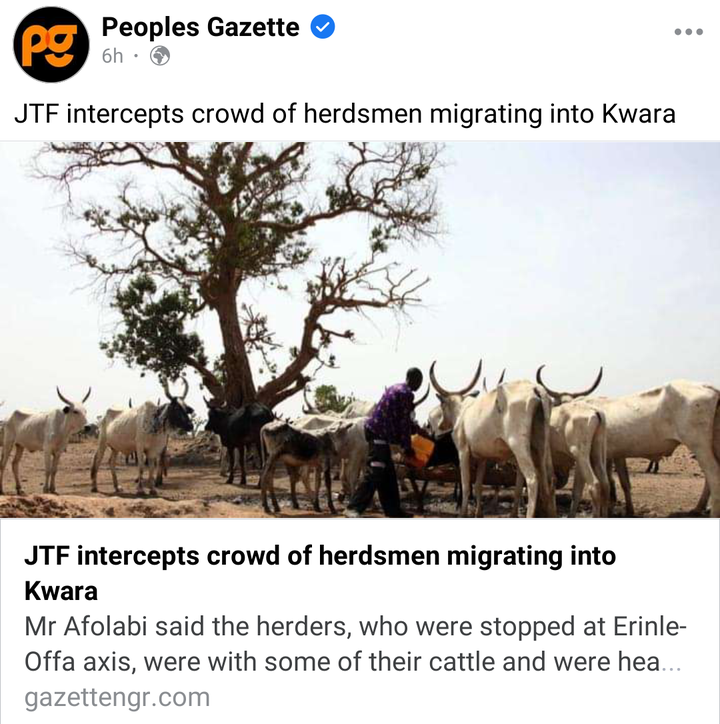 The Joint Task Force (JTF) has intercepted a large number of herdsmen, believed to be Fulani, who have the intention of settling down in Kwara.

The JTF is made up of personnel from the Nigeria Security and Civil Defence Corps (NSCDC), the Nigerian Army and the Police.

In a press release on Wednesday in Ilorin, signed by NSCDC Spokesman, Babawale Afolabi, the intercepted herdsmen were in large numbers. 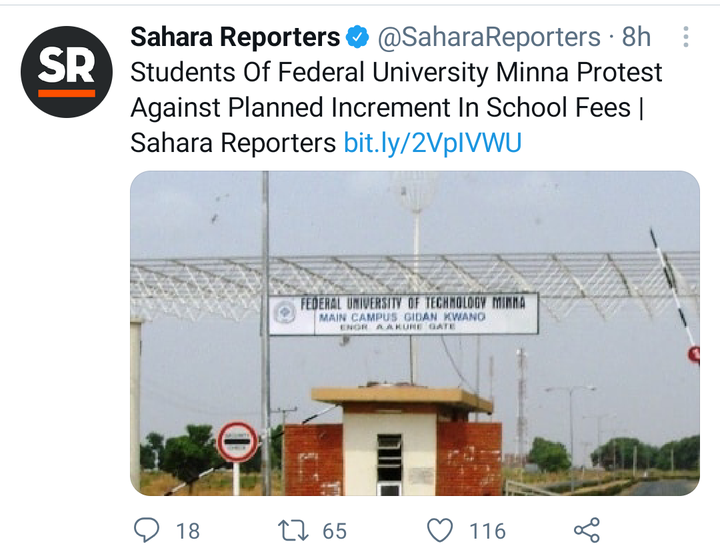 Some students of the Federal University of Technology, Minna, Niger State, have protested against the outrageous increment in school fees being proposed by the school management.

Many of the students lamented that, should the increment be implemented, many of them were likely to drop out of school.

One of the students, who spoke with Sahara Reporters, said the nationwide COVID-19 lockdown in 2020 affected the students such that many could not pay the current fees of N28,450.

He added that the fees had now been increased to N40,000, further dashing the hopes of many students to continue their studies.

Nigeria needs a leader who will treat everyone like family, says Okorocha 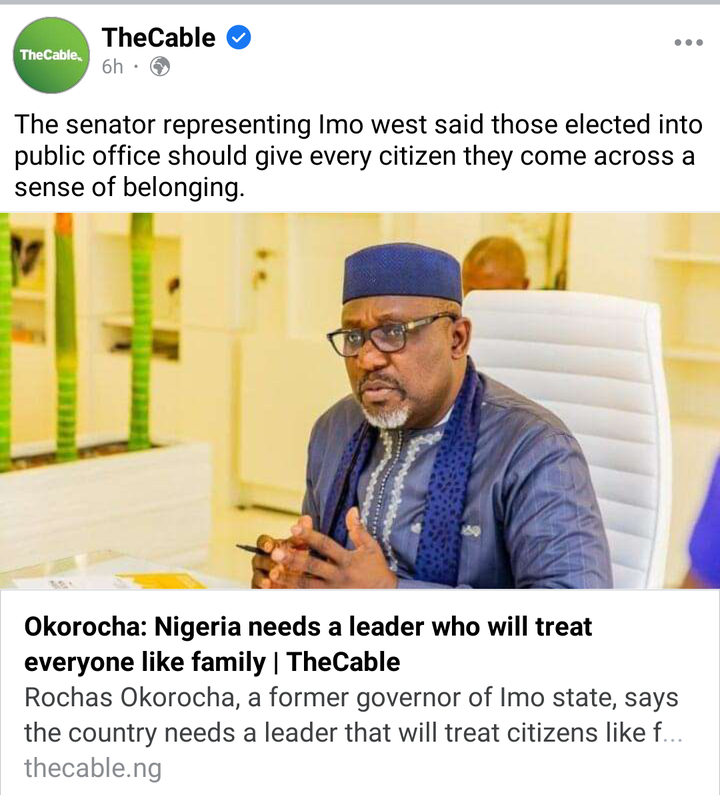 Rochas Okorocha, a former governor of Imo state, says the country needs a leader that will treat citizens like family.

Okorocha spoke on Thursday at a public lecture in Abuja, organised by the All Progressives Congress (APC) press corps.

The senator representing Imo west said those elected into public office should give every citizen they come across a sense of belonging.

“Any leader that emerges in the country must treat everyone as a family [member] and not segregate [against them],” Okorocha said. 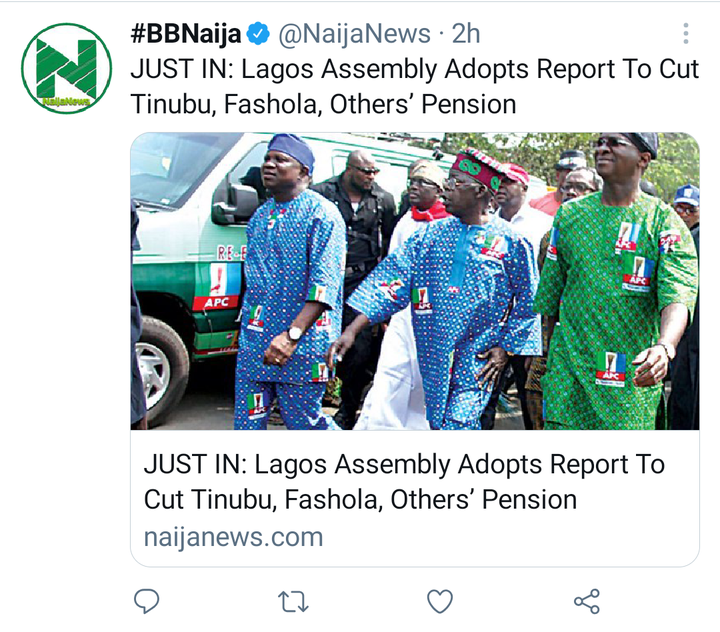 The Lagos State House of Assembly on Thursday approved the report of its committee on establishment which recommended the reduction of pensions to former governors and other affected officials by 50 percent.

In a statement sent to Naija News on Thursday evening, the establishment committee also expunged the provision of houses in Abuja and Lagos for former governors as stipulated in an earlier law operated by the state.

The report further showed a reduction in the number of vehicles to be made available to former governors and their deputies. Many children in North East are hungry due to Insurgency, group alleges 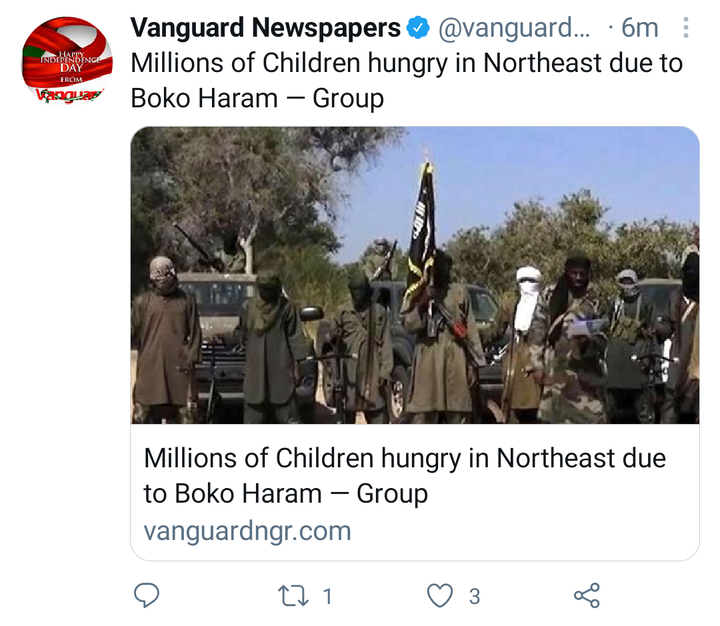 As millions of children are going hungry in the North East of Nigeria due to attacks devastating lives through malnutrition hunger, abuse and trauma, Save the Children said it remains committed to working with the authorities in the northeast of Nigeria to deliver urgent, life-saving humanitarian assistance for children and their families who are in dire need.

Save the Children also said it was deeply concerned to find that an estimated 2.3 million children and youth, including some 700,000 children under five, were going hungry in the Northeast of Nigeria.

A recent UN report found that 4.4 million people in the area are on the brink of acute hunger as attacks by militants are forcing farmers from their lands.