As Nigerians marched out today to protest the alleged killing of endSARS protesters at Lekki Tollgate on October 20th, 2020, it was stated that some of the protesters were detained by the police. 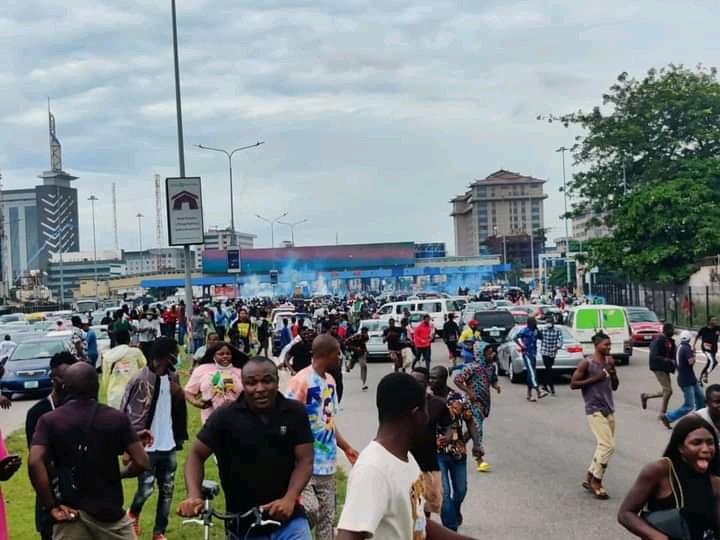 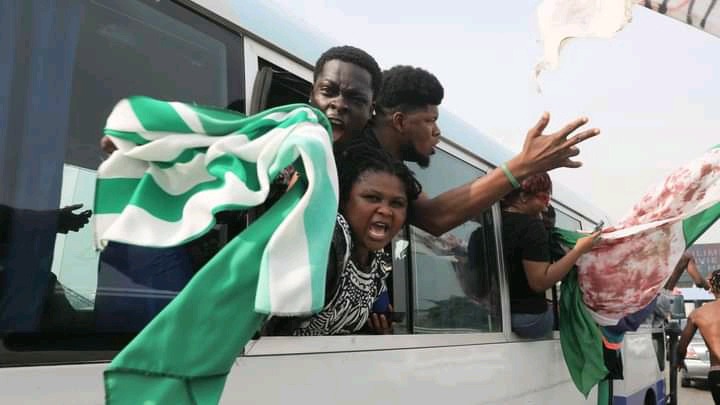 We're going to look at two of the two people who were detained by the police officials and they've shared their stories. 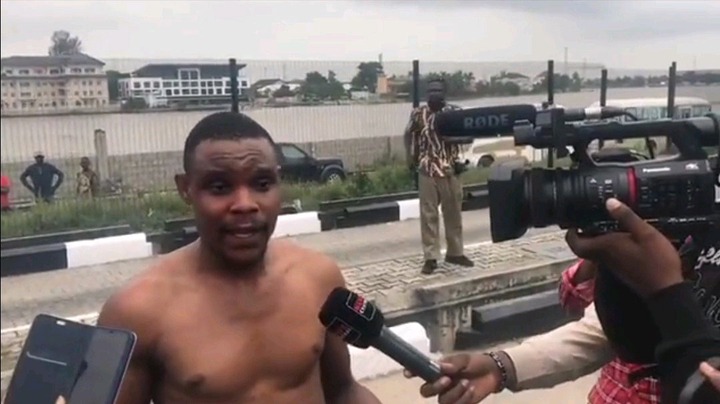 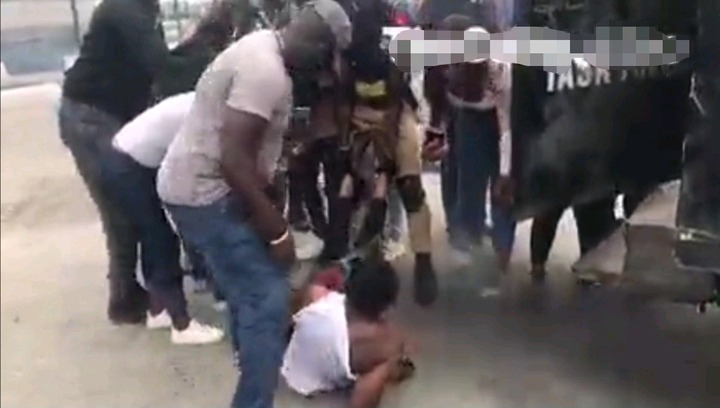 Security officers were seen brutalizing a young man who was accused of being a hoodlum at the Lekki Tollgate in a video released by The Cable.

Shortly after that, the young man told journalists at the scene his story, and it appears that the security operators later released him, based on what he stated.

The young man claimed to be an Uber driver who was detained and teargassed by police officials at the tollgate. He claimed that he is innocent of the charges leveled against him, and that is why he refused to be loaded into their van. 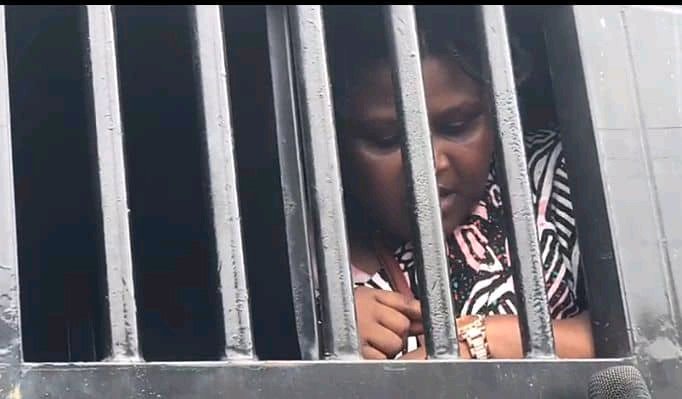 Blessing Iko was one of the persons arrested today at the Lekki Tollgate, and she was able to speak with journalists from the police van she was in.

She claimed she was merely a bystander who was detained by the police while waving the national flag. She stated she boarded a bus from Ajah bound for Iyana Oworo, but when they came close to the Lekki Tollgate, the driver told the passengers he couldn't continue any farther, so he asked them to disembark and refunded some of their money.

The bus conductor gave her the Nigerian flag to hold when they disembarked, and informed her that if the police saw her with it, she would be permitted to pass.

She claimed that when she arrived at Lekki Tollgate, she was approached by police who told her to get inside their vehicle. She went on to say that the police informed her that she was protesting and that the time allotted to the demonstrators had past, and that the protest was meant to end at 10 a.m.