By NollymoviesPlanetTV (self meida writer) | 27 days

Reno Omokri has been staging a non violent protest in the beautiful city of London, United Kingdom, and the protest is aimed at discouraging President Mohammadu Buhari and other political leaders from embarking on further medical tourism, and probably invest heavily and develop the country's health sector. 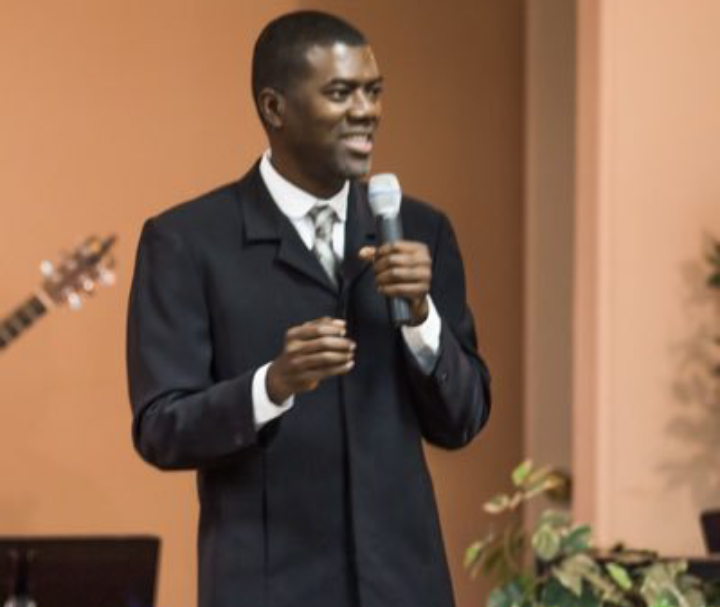 Well, the Reno Omokri's led London Protest which has been ongoing for many days now will be suspended for some days, and this was made known by the convener himself, Reno via his official Twitter account. According to the aide to former President Goodluck Ebele Jonathan, the reason is to give way for the Islam Ramadan holy fasting which begins today, April 13, 2021.

The essence of suspending the London Protest is to allow Mr. President observe his Ramadan fast in peace, but threatens to resume the protest should Mr. President attempt visiting his Doctor during the fasting period.

"Due to the Ramadan fast which began today, we have decider to temporarily suspend #HarassBuhariOutofLondon to allow General @MBuhari observe his fast in peace. I call on @YeleSowore’s #BuhariMustGo group to consider this. If he makes an attempt to see his doctors, we will resume," Reno Omokri tweeted. 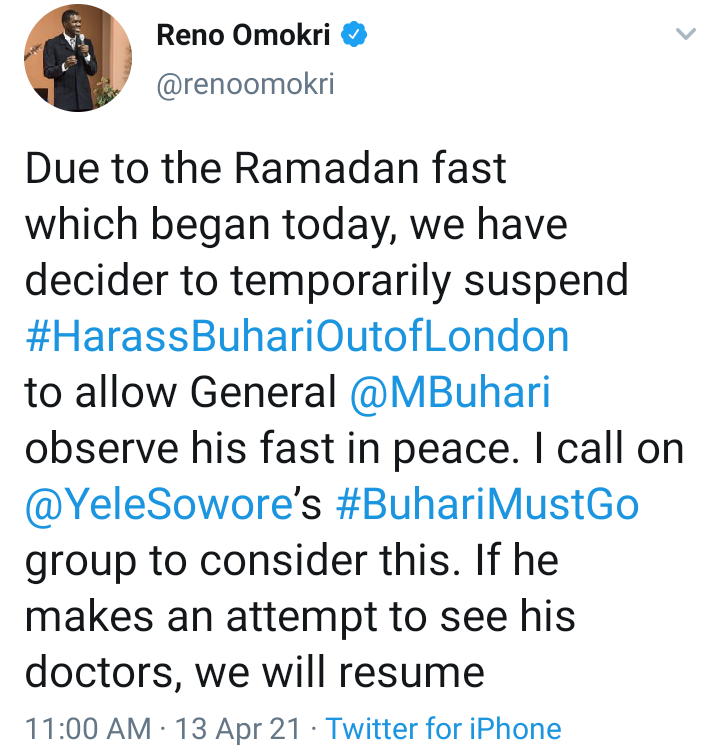 Meanwhile, one of those who commented on the post by Reno Omokri who is simply identified with his Twitter handle @olawaleNedVed, accused Reno Omokri of collecting money from the President, hence the reason he is suspending the protest. But Reno Omokri has come out to deny the allegations. 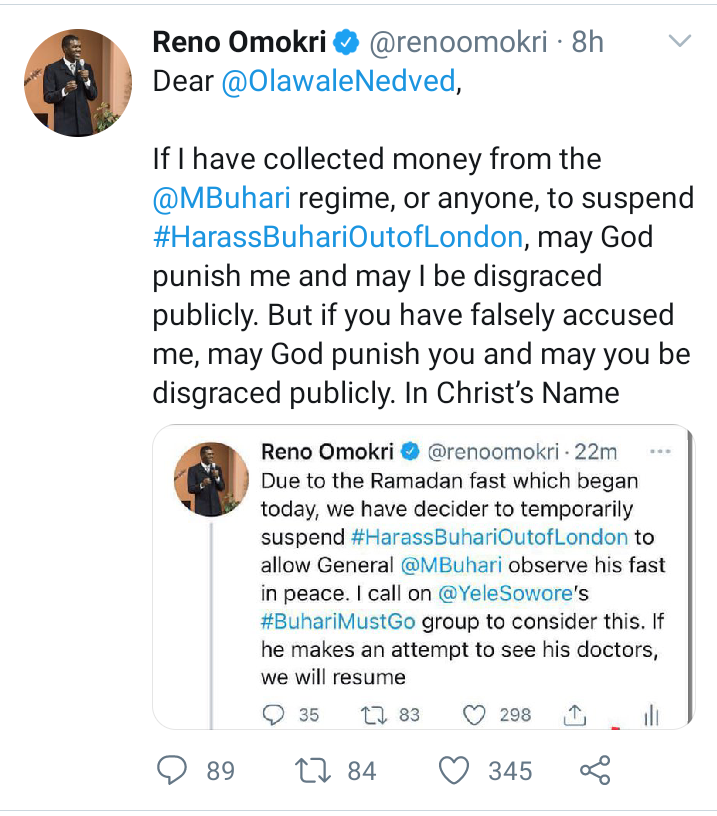 Father Mbaka Shuts Down Adoration Ministry For A Month