ENDSARS could be recalled as a demonstration that started with a social media video, where a young man was battered by men of Special Anti-Robbery Squad (SARS). Unfortunately it gradually degenerated to what could be, convincingly, termed mother of all protests, in the recent time. 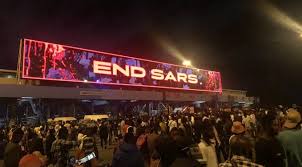 What was to be a mini protest turned out to be the biggest demonstration in recent history. ENDSARS may live for, quiet, a long period of time before it is forgotten.

It was all peaceful at inception, it was not only gaining weight, the movement was getting acceptance by citizens of the country living in diaspora. Oh! Thank to the Lord, that the demonstration was never allowed to reign beyond the peak period, October 20, 2020.

It appeared everyone was tired of police brutality. We all pray it ends and once again live a normal life devoid of fear of oppression, extortion and racketeering from who will least expect it from, the police. That was the purpose that gave unexpected the attentions to the demonstration.

The struggle started with no known leader, in spite of that, the struggle still connoted a collective demand, which is to disband SARS. 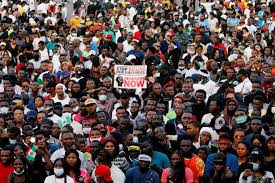 After days of protest, the government succumbed. They disband SARS and replaced them with another tactical units.

Well, this is literal acceptance, but the youths were not yet satisfied with the disbandment. The protests, continued to flourish, unabated.

Well, its continuation actually worked in favour of political jobbers, hoodlums and wretched fellow to wreck havocs on people and properties. This actually assisted the governments, at all levels, to curtailed the menace.

The hoodlums looted malls, open prison yards, settled old scores and destroy public infrastructures. At this point, the struggle started to suffer rejections from some of the people that have supported it, at inception.

Lagos was at the centre of everything, as the highpoint of ENDSARS was the trending of gory pictures and videos which seemingly concluded that protesters were gunned down by security operatives at Lekki.

When the time is ripe, we would beam a searchlight on the veracity of the said Lekki massacre. However, there is no enough evidence that has been presented before the panel that was formed to look into the allegations of Lekki Massacre, this far.

Unfortunately, the aftermath of this incident saw some businesses collapsed due to arson, unemployment rate was at the peak while commuters suffered for a while due to some attacks that affected transportation systems. Then, it beckons on us to ask what has changed after the ENDSARS pandemonium? 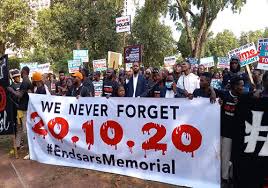 How much have you noticed the rate at which police brutality has been reduced in your area?

How much have you noticed improvement in the security system of your area?

In total, how much have you perceived improvement in the welfare of citizens of the Federal Republic of Nigeria, as enshrined in the constitution?