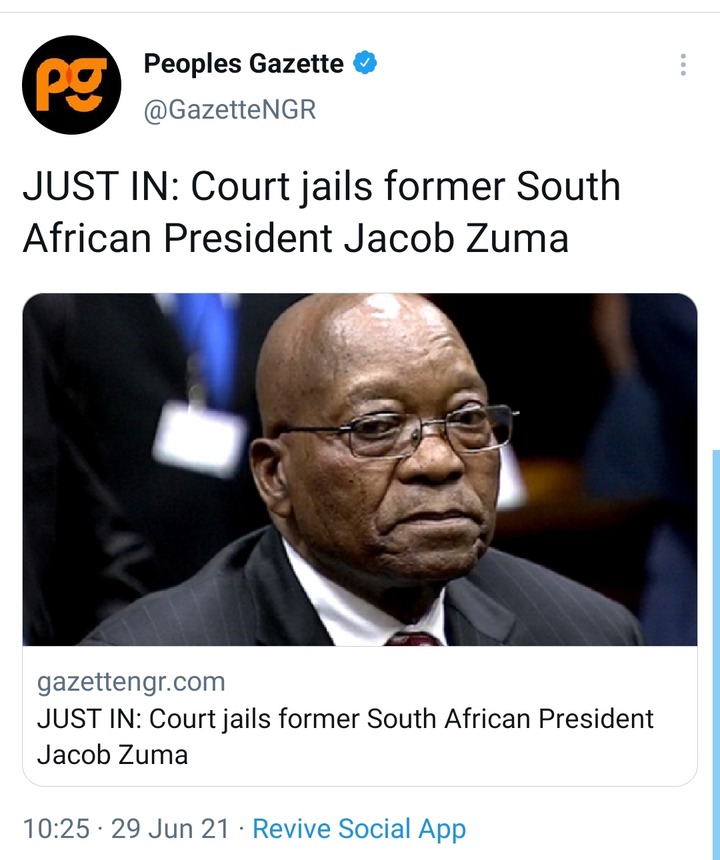 He was sentenced by a South African court to 15 months’ imprisonment.

Judge Sisi Khampepe, on Tuesday, said Zuma was found guilty of contempt of court following his refusal to appear before a graft panel.

“The Constitutional Court can do nothing but conclude that Mr Zuma is guilty of the crime of contempt of court,” the Judge said.

Recall that the 79-year-old Zuma was forced to step down as president in 2018 over corruption allegations. 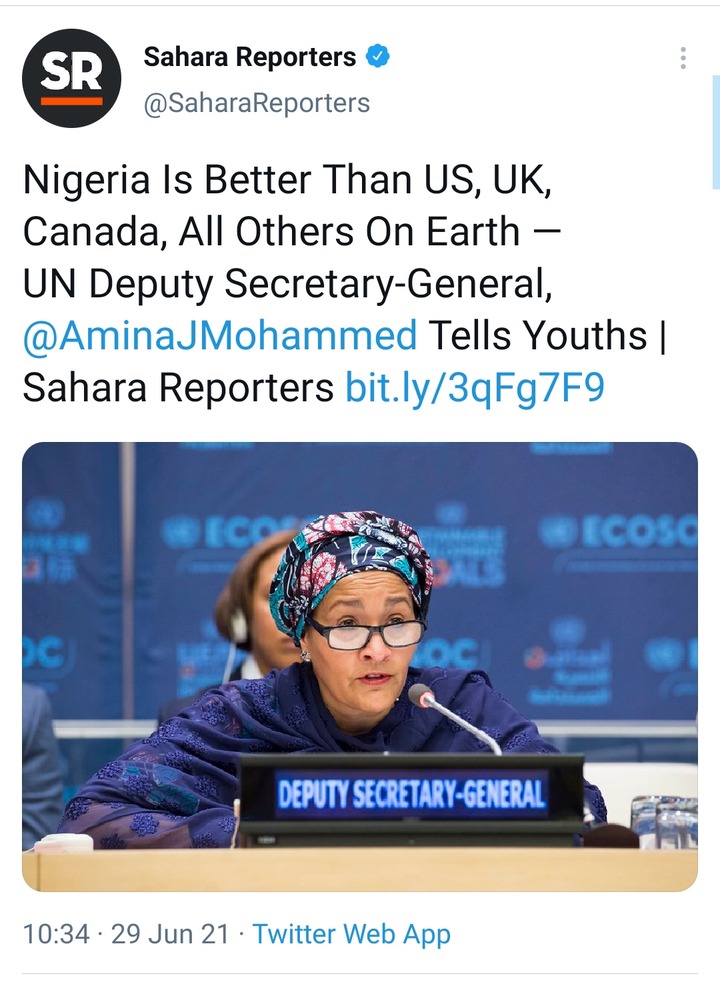 United Nations Deputy Secretary-General, Amina Mohammed, has said that Nigeria is still the best country in the world despite numerous challenges confronting its people.

The UN chief admitted that successive governments in the most populous African nation have failed at one time or the other, but insisted that all hope was not lost to restore the country.

She charged Nigerian youths to desist from condemning the country, adding that other nations cannot afford to accomodate 240 million Nigerians. 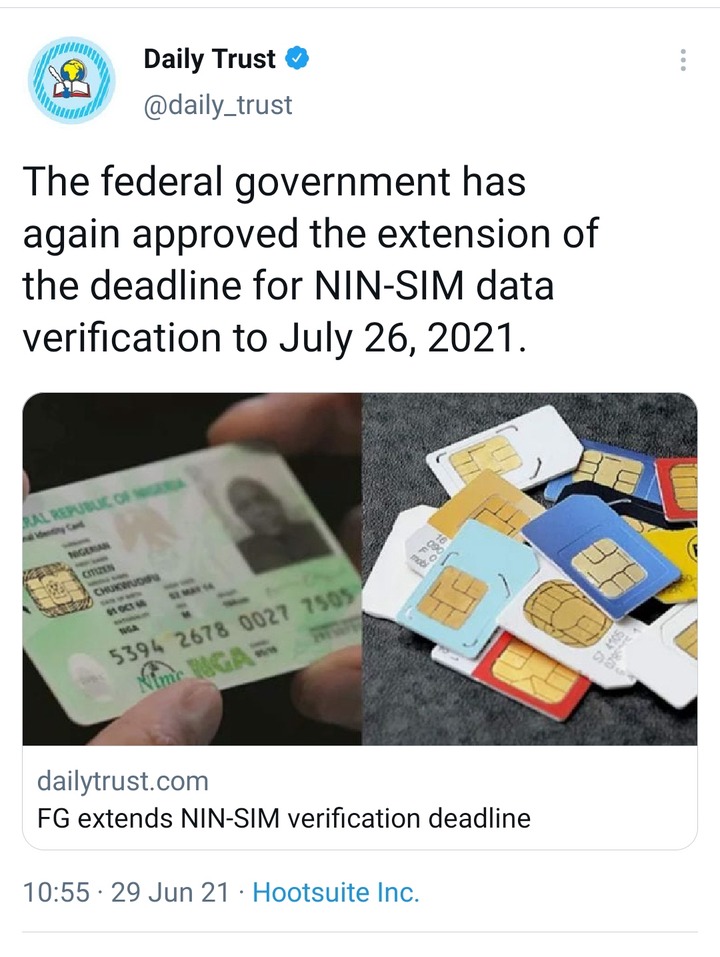 The federal government has again approved the extension of the deadline for NIN-SIM data verification to July 26, 2021.

This is the fifth time this year that the deadline would be extended.

The decision to extend the deadline was made after a request by stakeholders on the need to consolidate the enrolment and NIN-SIM verification process following the rapid increase in the number of enrolment systems across the country, a joint statement by the Nigerian Communication Commission (NCC) and the National Identity Management Commission (NIMC) said on Tuesday. 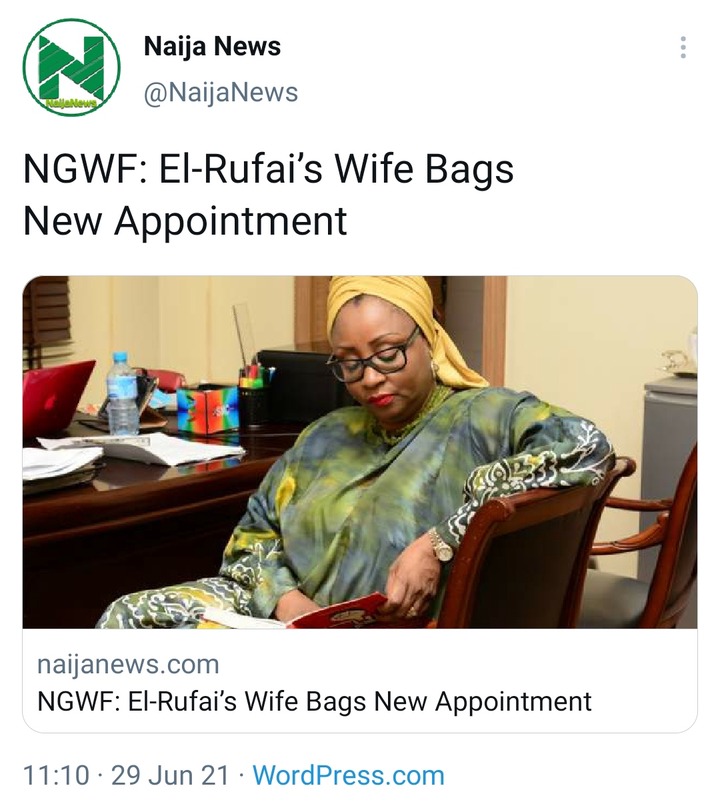 The wife of the Kaduna State Governor, Nasir El-Rufai, Mrs. Hadiza El-Rufai has been elected as the Chairperson of the Northern Governors Wives’ Forum (NGWF).

She emerged unanimously for a two-year tenure on Monday when new executive members were elected for the body, Naija News understands. 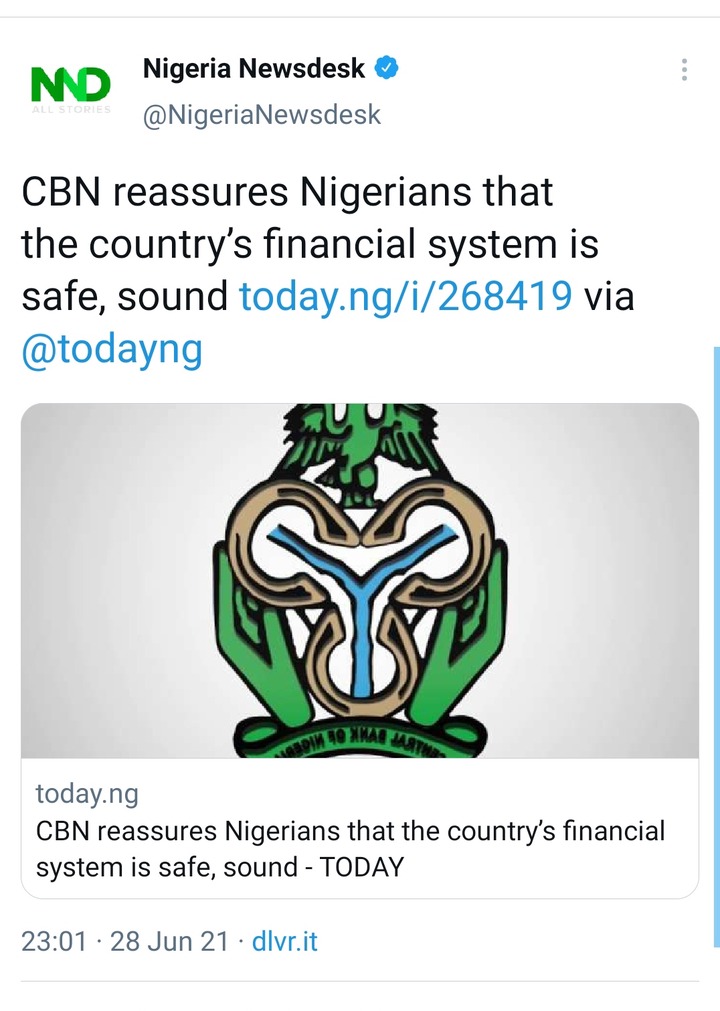 The Central Bank of Nigeria (CBN) has reassured Nigerians that the financial system of the country is safe, sound and in line with the best possible financial practices.

The Governor of CBN, Godwin Emefile, gave the assurance at a 2-day CBN Fair with the Theme: ‘Promoting Financial Stability and Economic Development’, in Bauchi on Monday.

Emefiele stated that the apex bank is ever ready to listen to Nigerians in order to know how best to serve them with the aim of improving the financial base of their businesses, particularly the small and medium-sized businesses.