By ChungleeWrites (self meida writer) | 25 days 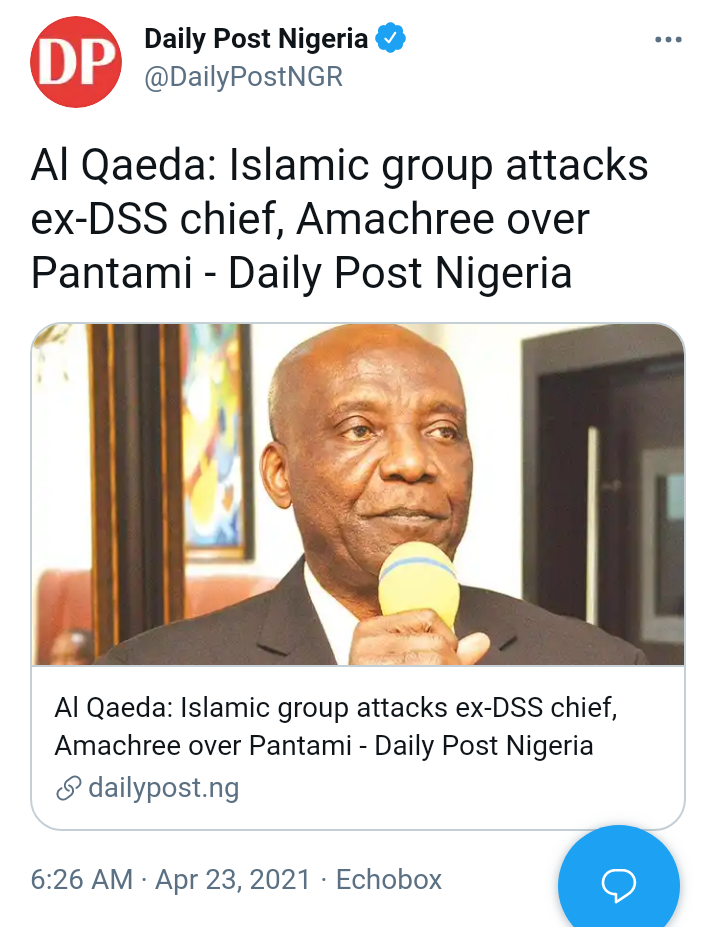 MURIC further urged the DSS to call Amachree to order, warning that the former DSS chief may expose the security agency’s modus operandi to criminals.

Recall that Amachree had recently revealed that the DSS warned the President Muhammadu Buhari government before Pantami was appointed the Minister of Communications and Digital Planning.

And in a statement signed by its director, Professor Ishaq Akintola, MURIC said Amachree spoke too much and had given away the agency’s secrets. 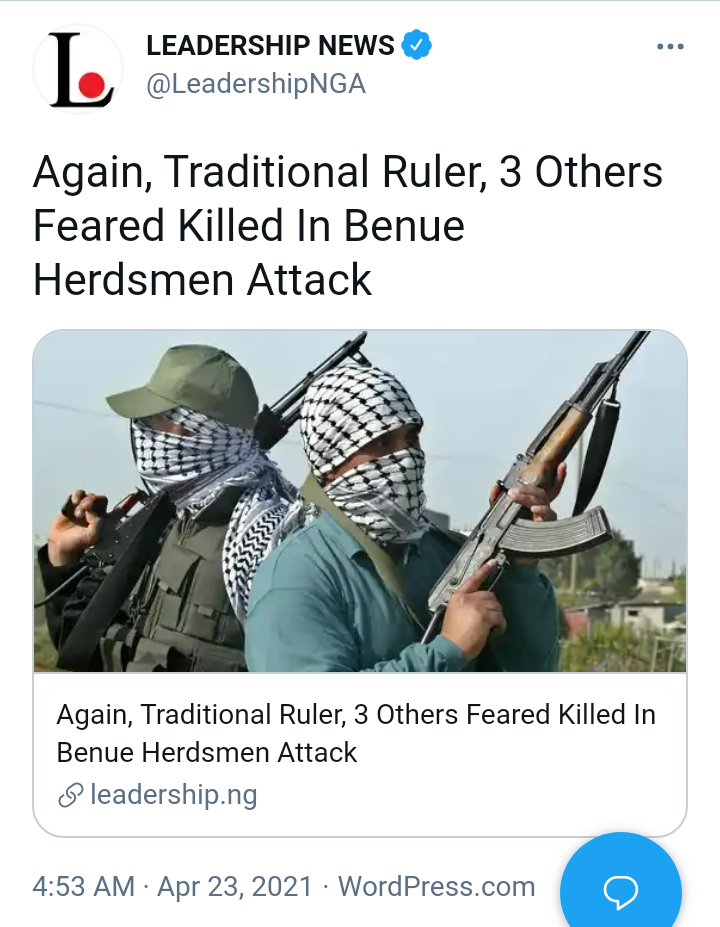 In another development, the Armed Herdsmen have also attacked and killed two persons in Mbayer/ Yandev Council Ward of Guma Local Government bringing the number of casualties to 4.

Confirming the Guma incidence, the Chairman of the Local Government Hon. Caleb Aba told LEADERSHIP on phone that the Herdsmen attacked the people when they were asleep after which they fled.

According to Aho Zoola, who is the eldest man in Tse- Zoola community, the militia herdsmen attacked the community without any provocation. 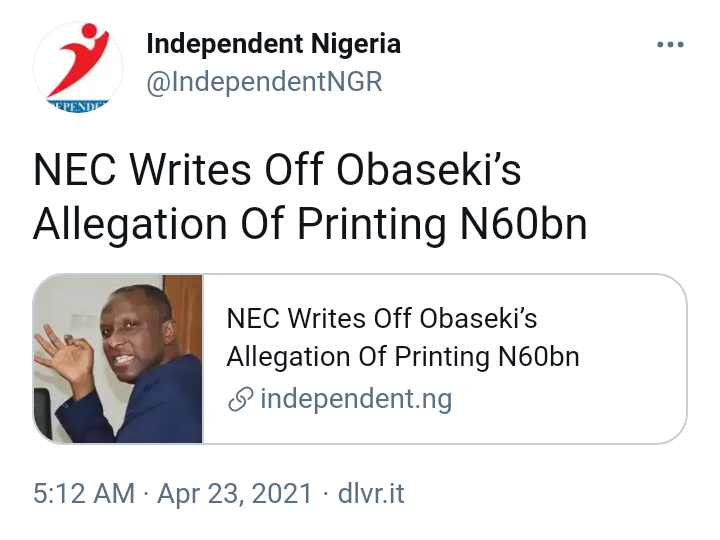 The National Economic Coun­cil (NEC) has dismissed claims that N60 billion was printed to augment the March federal allocations to the three tiers of government.

Mr. Laolu Akande, Senior Special Assistant to the Pres­ident on Media and Publicity, Office of the Vice President, briefed State House correspon­dents after virtual NEC meeting presided over by Vice President Yemi Osinbajo on Thursday at the Presidential Villa.

Governor Godwin Obaseki of Edo had recently alleged that the Central Bank of Nige­ria (CBN) printed N60 billion in March to support federal alloca­tion to states. 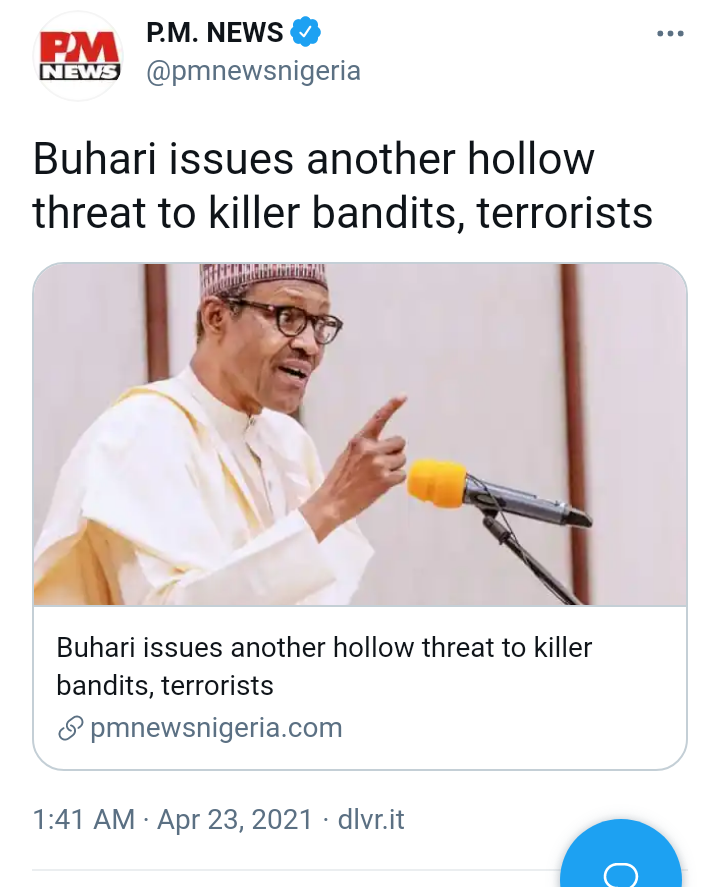 President Muhammadu Buhari has issued yet another hollow threat against rampaging terrorists in Nigeria’s Northwest, ordering the security agencies to step up their acts.

“These criminals should stop pushing their luck too far by believing that the government lacks the capacity to crush them,”Buhari said in a statement rolled out by spokesman Garba Shehu.

According to Shehu, Buhari has directed the military, security and intelligence agencies to take immediate steps to close all existing gaps in their operations being exploited by criminals to wreak havoc.

Buhari also expressed hope that the Special Operation launched by the military in the wee hours of Thursday from Maru Local Government area of Zamfara would prove decisive in ridding the state of the “frequent and horrifying” bandit activities.

The latest statement Thursday night was Buhari’s reaction to Wednesday massacre of about 50 villagers by the terrorists in Gusau LGA of Zamfara.

At the weekend 30 villagers were killed by the terrorists in Maru LGA.

As usual, Buhari criticised the latest killing of tens of people by bandits in Gusau LGA of Zamfara State, warning that “such wanton disregard for life will be brought to an end sooner than later.” 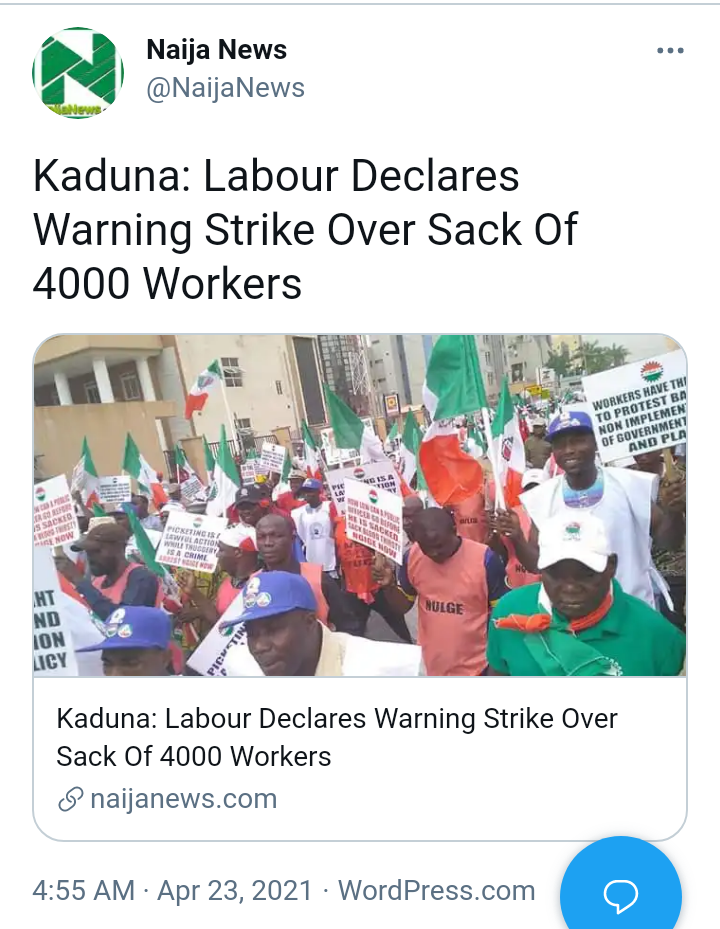 The Nigeria Labour Congress (NLC) has declared a five-day strike in both public and private organisations in Kaduna State over the mass sack of workers by the state government.

Naija News reports that the administration of Governor Nasir El-Rufai on April 6 gave 4000 staff across 23 local governments their disengagement letters.

Speaking to newsmen after a meeting of the Central Working Committee of the NLC which was held at Labour House, President of the NLC, Ayuba Wabba, said the five-day withdrawal of service by workers in the state will become total if there is no remorse from the state government. 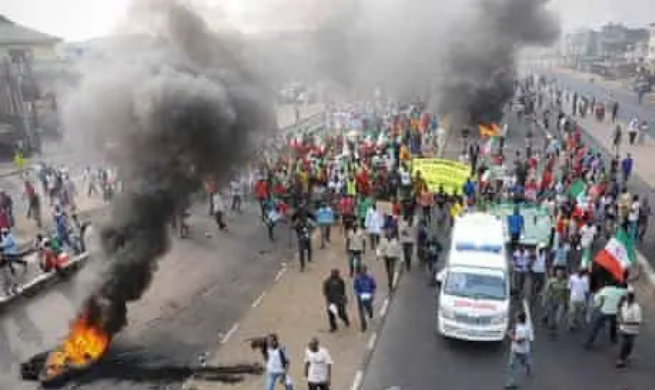 Recall that Ayuba Wabba had described the sack of the workers as "arbitrary and cruel", and called on the Kaduna State Government to reverse the mass sack.

If You Are In A Serious Relationship, You Need To Discuss These 5 Crucial Things Before Marriage

Different Types Of Proposals One Can Have Anywhere Around The World