By Ochuski (self media writer) | 11 months ago 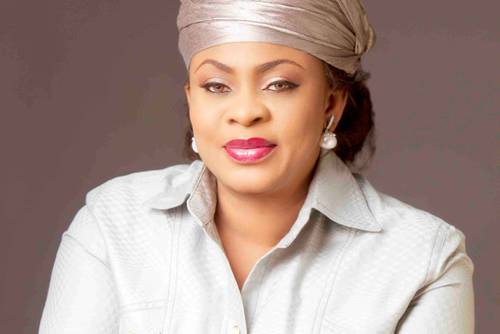 If former Aviation Minister Stellah Oduah and eight others mentioned in a pending charge fail to appear in court on the next date, a Federal High Court in Abuja has threatened to issue arrest warrants. On Monday, Justice Inyang Ekwo issued the warning after Oduah (now a Senator representing Anambra North) and several other defendants failed to appear in court without explanation from their counsel.

They are accused of conspiring, laundering money, and keeping anonymous bank accounts with a new generation bank. The court noted that only the second and third defendants (Gloria Odita and Nwosu Emmanuel Nnamdi) were present when the case was mentioned on Monday.

The absence of the other defendants, Hassan Liman (SAN), prompted the prosecuting lawyer, Hassan Liman (SAN), to express his displeasure with the situation. The prosecution was required to report its compliance with an earlier judgment providing permission for substituted service of the charge on the fifth and sixth defendants, according to Justice Ekwo. “You can complain when the trial is set and they are not here,” the court told Liman, who stated that the prosecution had followed the substituted service order.

Justice Ekwo eventually ruled that, except the second and third defendants, the others were not present, as the prosecution had previously stated.

The judge remarked, "This is a notice of warning that any defendant who is absent at the next date will have warrants of arrest filed against him." The judge then deferred the case to October 19 and 20 for arraignment and the start of the trial, after all of the lawyers in the case agreed.