By Ngblessed (self media writer) | 9 months ago

A Nigerian online doctor popularly known as Aproko Doctor on Twitter narrated through a tweet on 25 march 2021, how he got a call from the lawyer representing one beneficiary Mr Charles, Who they publicly raise an amount of 217,000 Naira and also got him a prosthetic leg during the Endsars protest, claimed the young man has neither received the money or the leg, which they published that he has gotten to help him kick- start his life

According to the Doctor, this came as a shock to him, Because he has videos of the young man on his phone, doing gait training with same prosthetic leg. He went on to confirm from Dr Bayo, the doctor who sourced and assembled the leg for him Free of charge and found out that, the said young man didn't go back to the hospital to pick the leg even after getting the cash gift from public donation which was a sum of 217,000 Naira.

Now this is where the story got interesting, Mr Charles has asked the doctor to sell the prosthetic leg and give him the money instead. Stating that he needs the money for his business.

Here is the full story on Aproko Doctor's tweet.

Here is the full screenshot of the chat between Mr Charles and Doctor Bayo as shared by Aproko Doctor. 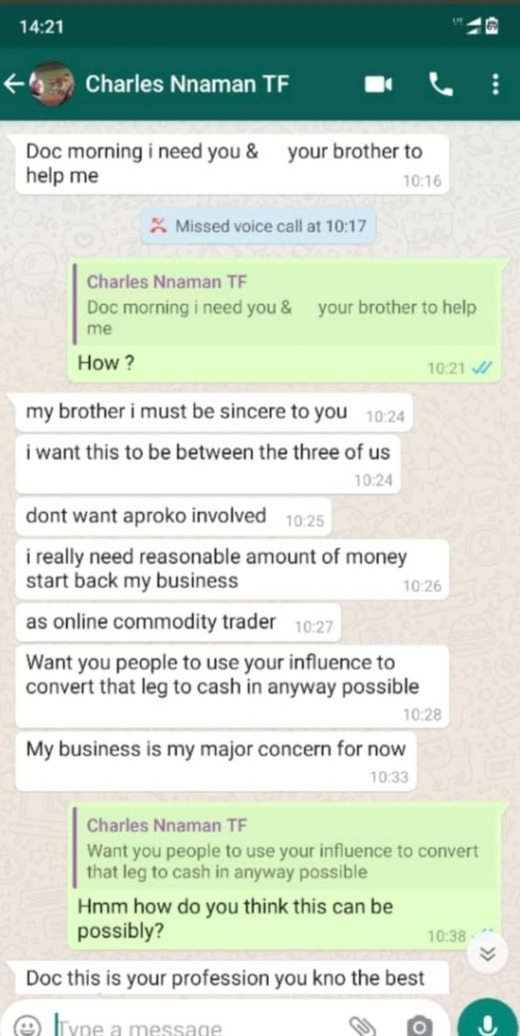 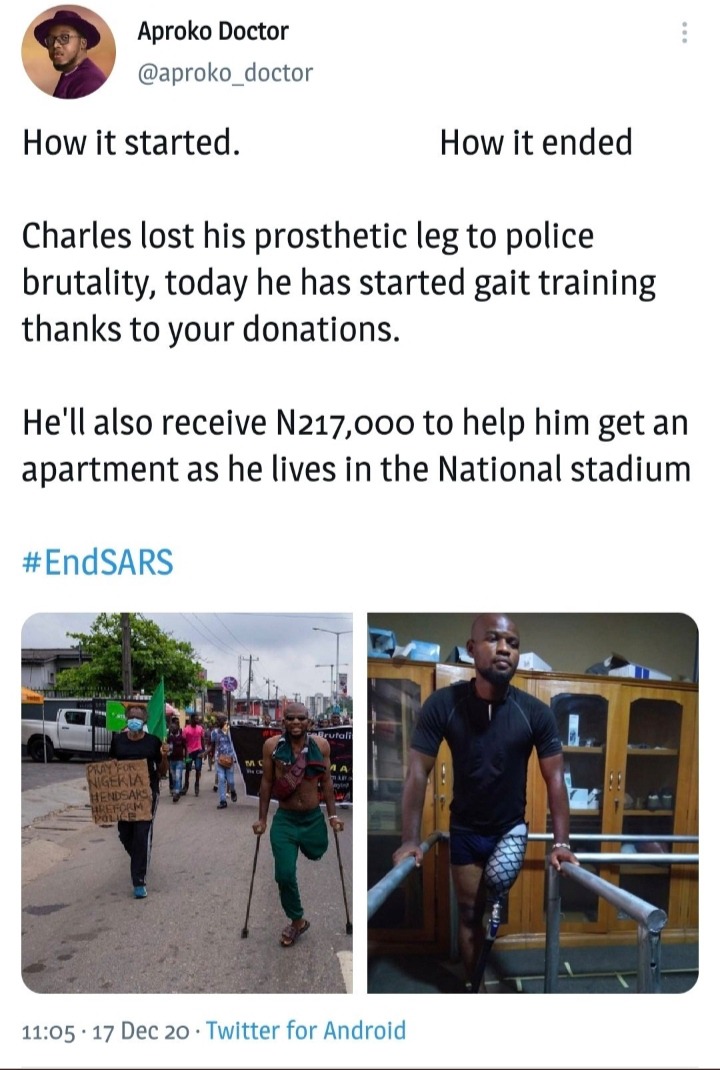 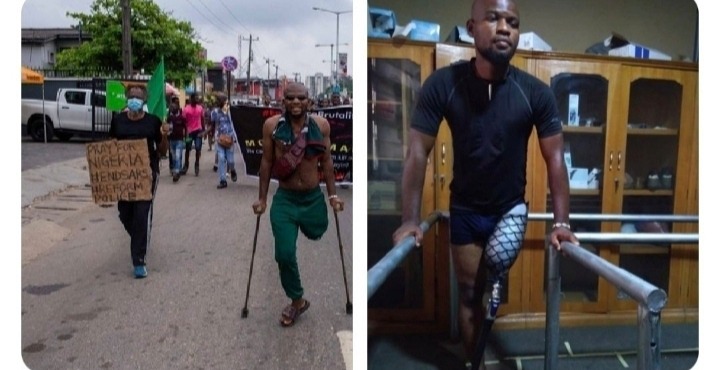 Now what do you think of Mr Charles request. Is it right that he demanded that the prosthetic leg be sold and the money given to him for his personal business knowing fully well it's a kind gesture from good Samaritan to put him back on his feet.

He went as far as involving his lawyer,  is this also necessary? Knowing fully well he tried to do this behind his benefactor.

This can turn to be a reason why most people do not render help because most times people feel others are obligated to help them and they see it as their right which they end up not appreciating that help they get.

Content created and supplied by: Ngblessed (via Opera News )