Leader of the Indigenous People of Biafra, Nnamdi Kanu is in court for his trial by the Nigerian government for an alleged treasonable felony. According to pictures that have gone viral on social media, the IPOB leader was on white clothing and was reported produced in the court by the operatives of the Department of State Services who have barred journalists from entering the court. 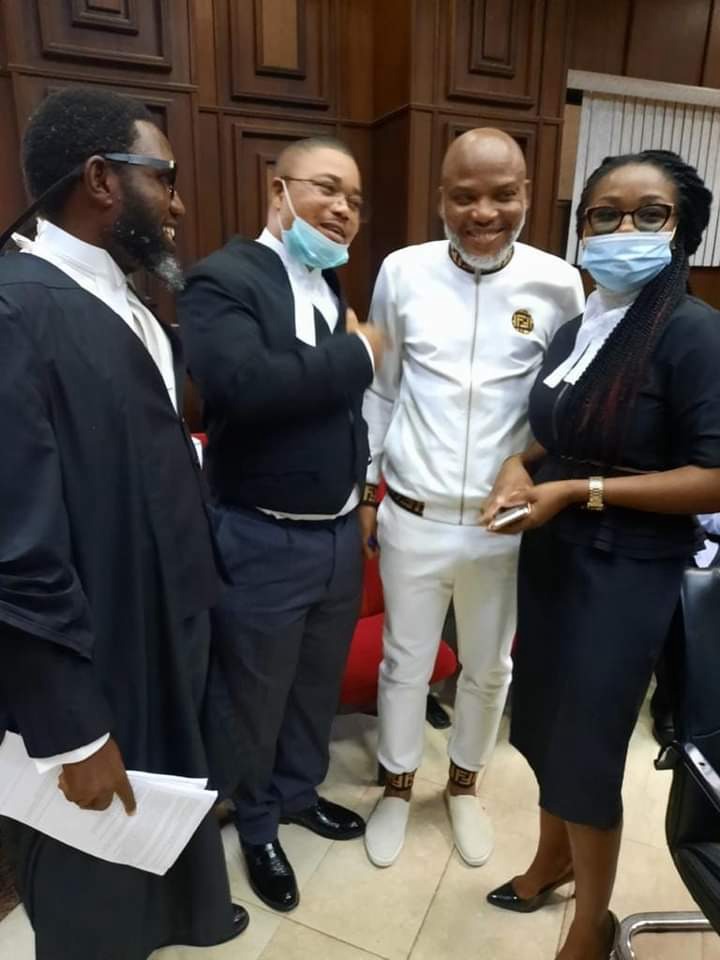 This arraignment is coming three days after the Federal Government filed seven amended charges bordering on treasonable felony and acts of terrorism against him. Recall that the trial Judge, Justice Binta Nyako had adjourned proceedings till today due to Kanu’s absence in court on Monday, insisting the trial will not go on in his absence.

However at the court on Thursday, the court was proactive, they had well-planned security that prevented the disruption of court proceedings. Security operatives were seen being stationed around the court premises and nobody is allowed to go beyond a certain point. This is a well-thought strategy that will prevent any attack on the court. Anybody interested in the case should wait till after the trial has ended. All entrances leading to the court premises have been barricaded by operatives of DSS, men of the Nigerian Police, and NSCDC.