By Himurai (self meida writer) | 1 months

Few months ago, the government of Nigeria made an announcement which involves all network providers to register people’s SIM card again and this time, it must be linked to National Identification Number (NIN) and failure to do so will attract a penalty of having your SIM card blocked. 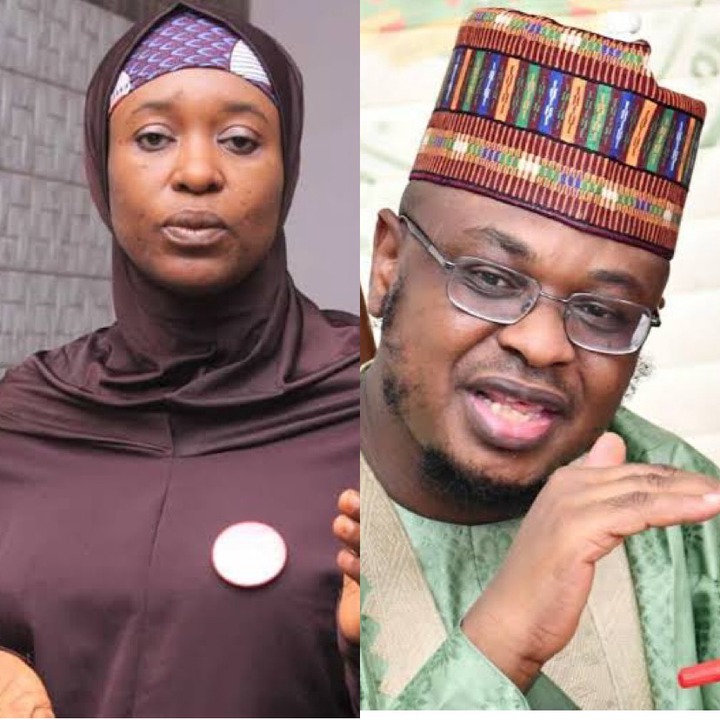 Nigerians have been linking their National identification number to their SIM cards and for those who are yet to do so, government has been extending the deadline for the registration so as not to hurt anybody. 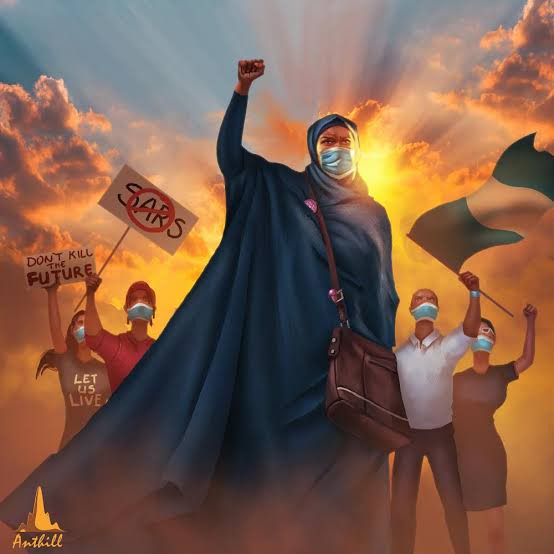 However, Aisha Yesufu in her Twitter post on Friday morning has kicked against linking of National identification number to phone numbers and she vows never to link her own not minding the penalty that comes after it. Aisha Yesufu is a Nigerian activist and she first came into limelight when she convened the Bring Back Our Girls movement, the movement which called people’s attention to Kidnapped Chibok Girls some years ago. 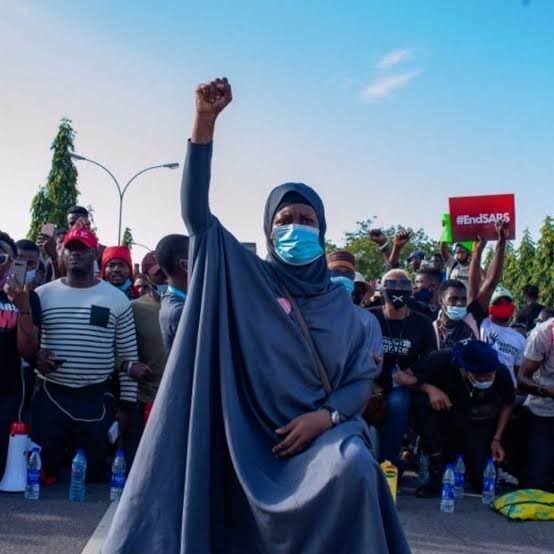 She then gained more momentum after heavily involving in the EndSars protest, a mega protest which aim at disbanding a rogue sector of the Nigerian police. Ever since, she has been active and never shy away from telling people her opinion about things concerning the government. On Friday morning, she made it known once again that she won’t be linking her NIN to her Phone number because it’s probably not safe and the post was accompanied with an hashtag which says #PantamiMustGo. 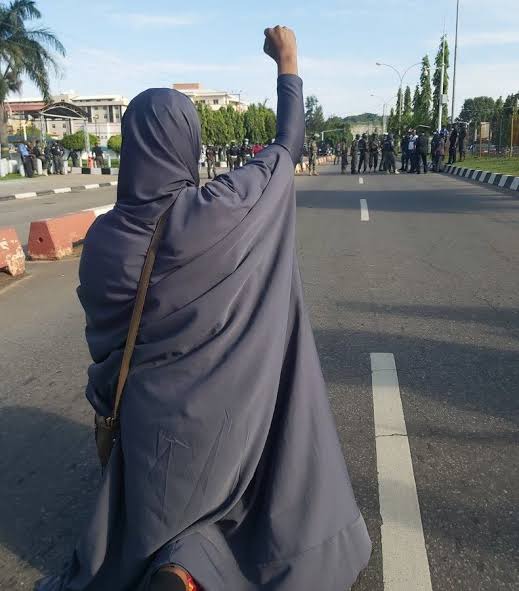 In her full Twitter post, she blows hot and blasted the Minister of communications and digital economy in Nigeria, Isa Ali Pantami. She said “Let me repeat categorically what I have said before. I will not be linking my NIN to my phone number! I will rather not have a phone line than willingly give my information and have it in the control of a terrorist sympathiser and his cohorts” 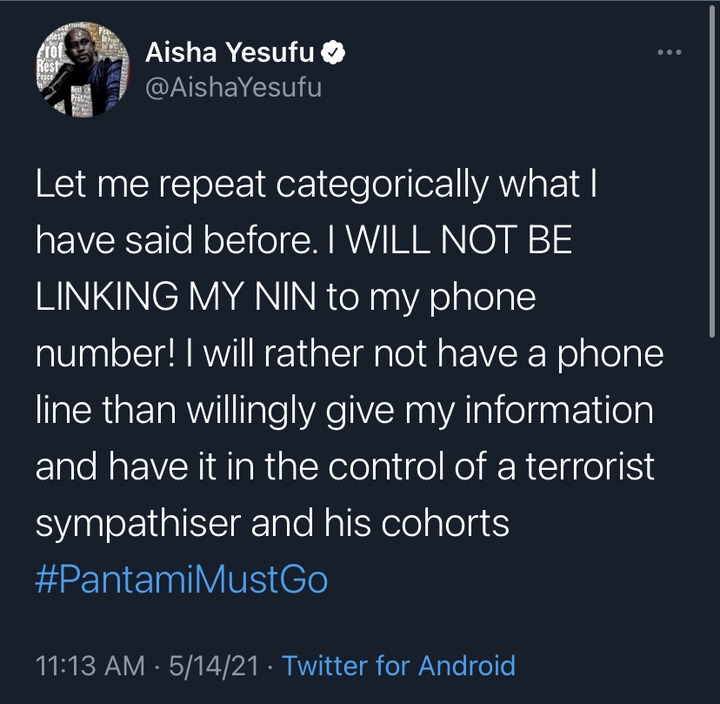 PHOTOS: See What Neo Did After Dorathy Brought Out Money From Her Bra And Threw It At Brighto

"I actually regret not watching the whole of BBnaija", Dj Cuppy Speaks out

Bandits Want To Go To School, I Can Enrol Them In School If Govt Gives Me The Freedom— Sheikh Gumi