By Bri~Man (self media writer) | 4 months ago

According to reports reaching us from People's Gazette, the State Security Service SSS have raised the alarm over the theft of case files belonging to two of Sunday Igboho's media aides. The DSS reports that the files were allegedly stolen by armed robbers. 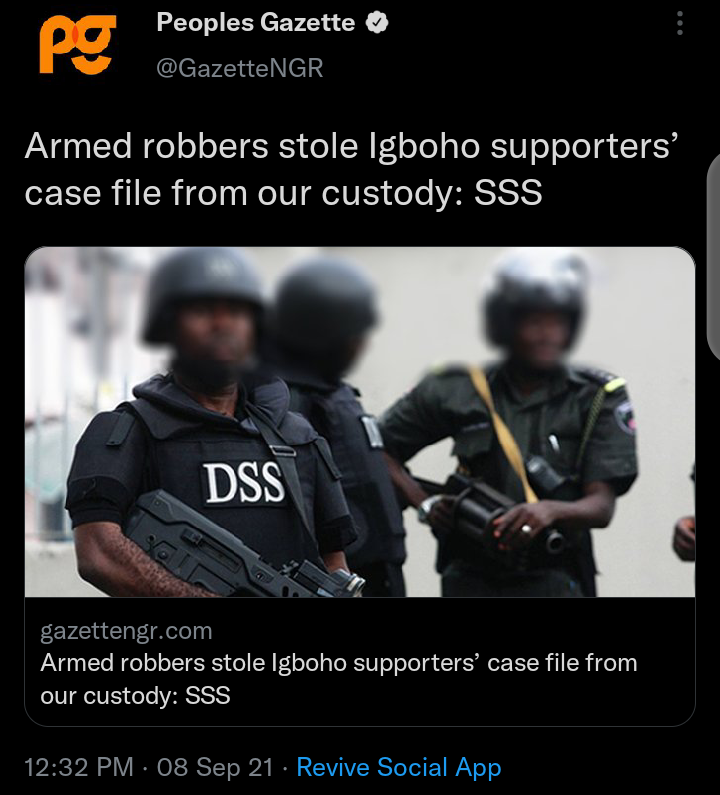 The lawyer representing the SSS, Justice Obiora said this today in Abuja at the Federal High Court. According to him, some criminals popularly referred to as "One chance" attacked an SSS official and stole the case file. 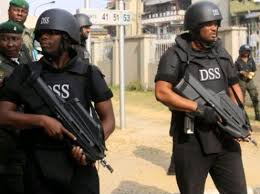 Recall that the Ibadan home of Sunday Igboho the popular 'freedom fighter' was invaded some few weeks ago by the SSS. Some of his close aides were arrested by security operatives following the invasion. Although there have been widespread calls for their release, the DSS have refused to release them.

Strange things are happening in Nigeria in recent times and this is the latest of them. Some years ago, we heard that a snake swallowed N36 million. Recently, we heard that bandits attacked the Nigerian Defense Academy.

I am shocked that the SSS were attacked by armed robbers. It is appalling and almost impossible to believe. We keep our fingers crossed to see how it all ends.

However, the SSS should ensure that the criminals who perpetuated this crime are apprehended and arrested. Their arrest and subsequent prosecution would serve as a deterrent to other criminals who are thinking of toeing the same path.