Members Of Pyrates Confraternity Stage Protest In Abuja, Read About Their Demand

By MagicFeet (self meida writer) | 29 days

Few days ago, the Chairman of the Code of Conduct Tribunal trended all over social media, for bad reasons. In a five-minute clip, the CCT Chairman, Justice Danladi Umar was seen assaulting a security guard, Sargwak at a plaza called Banex in Abuja, the country's capital. It began when the security guard did his job by informing Danladi Umar that he parked his car in a wrong position, which would obstruct other persons from driving into the plaza. 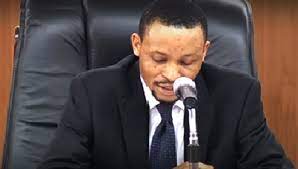 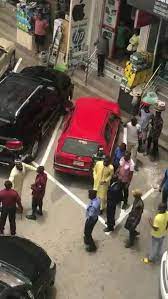 Since this incident happened, Nigerians have reacted to this in an angry manner, calling for the immediate removal of the CCT Chairman, Danladi Umar, his arrest and prosecution at a law court. A group of Nigerians have taken this matter to the streets, as according to Sahara Reporters, members of the Pyrate Confraternity have organized a peaceful but strong protest in Abuja. 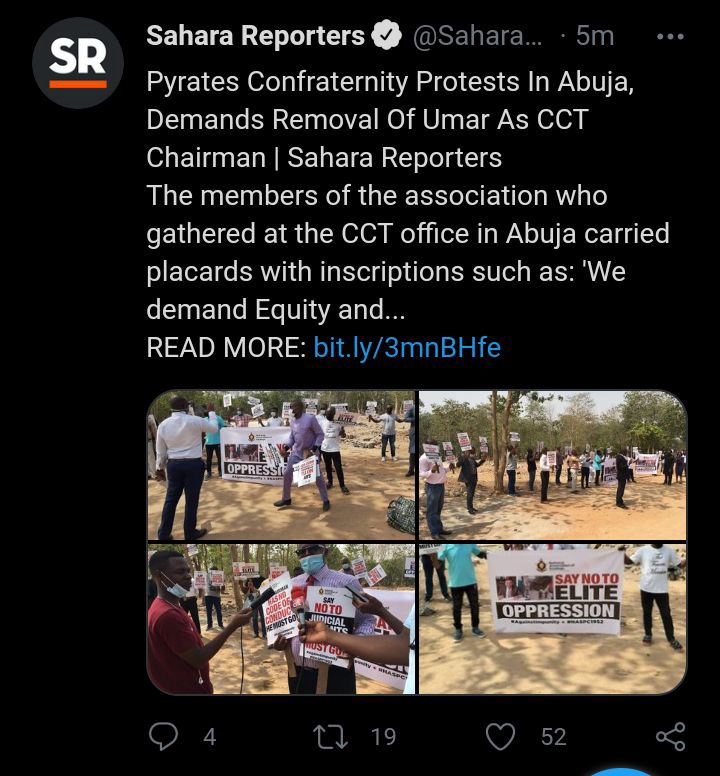 The members of the Confraternity have encamped around the Code of Conduct Tribunal building in Abuja, with several placards with the inscriptions "Say No To Elite Oppression", "Say No to Judicial Tyrants", "CCT Chairman Must Go", with all pointing to the removal of Justice Danladi Umar as the Code of Conduct Tribunal Chairman. They also called for his arrest and prosecution, appealing to the National Assembly to invoke the necessary constitutional provisions to remove Danladi Umar from office. 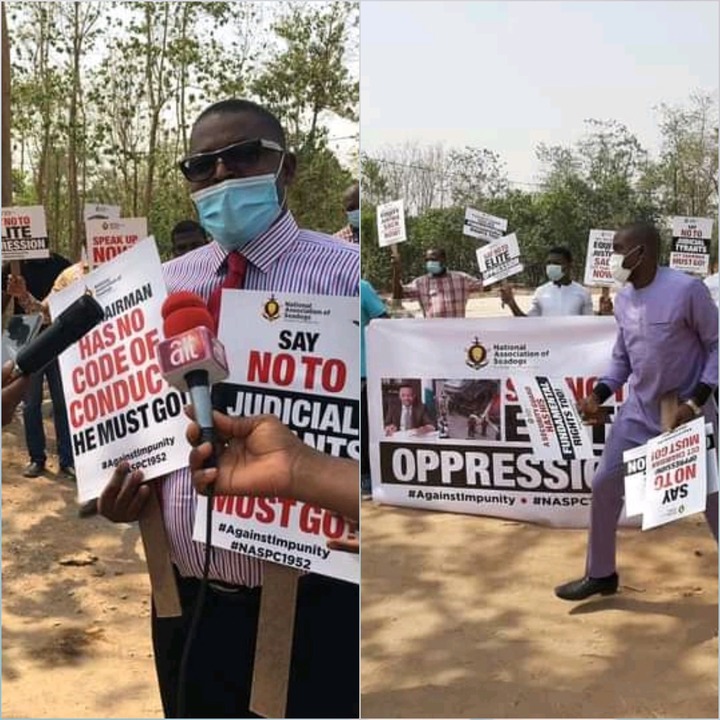 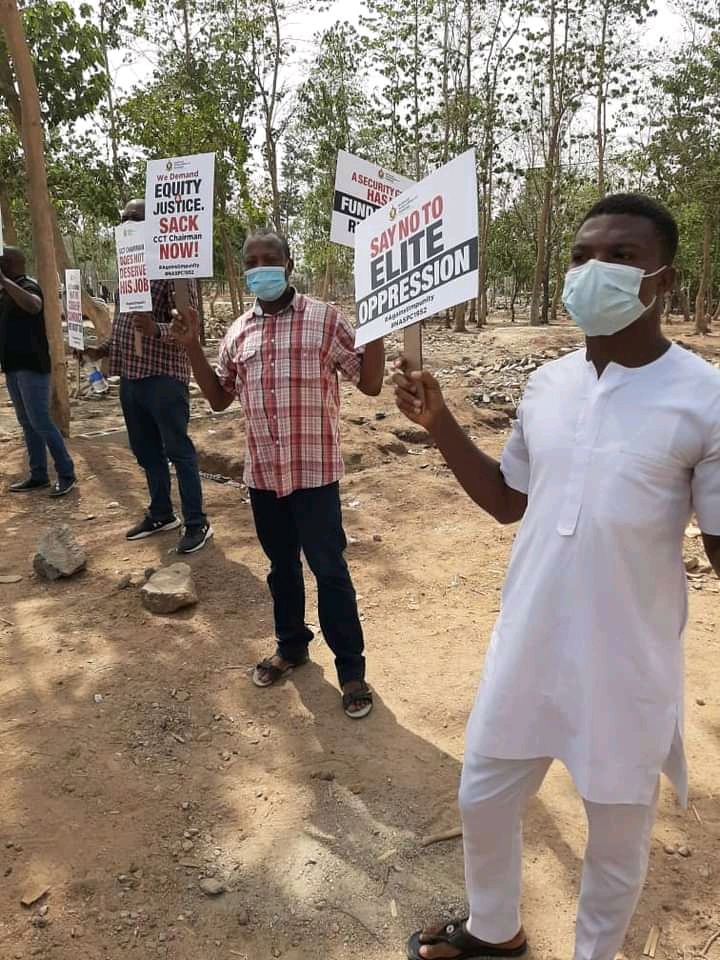 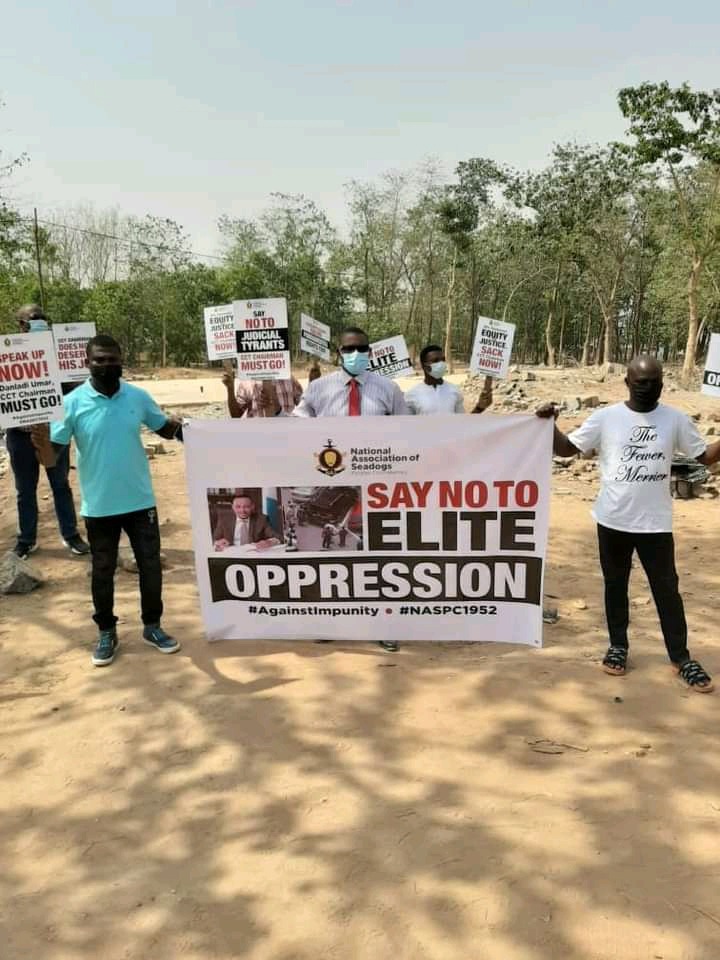 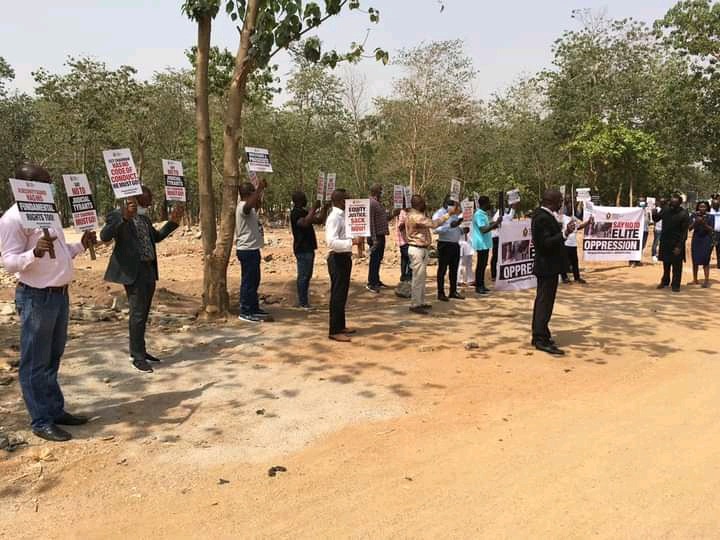 What do you make of this new development?

"A Car Burnt To Ashes On Oworonshoki Road Today"- Man

Mbaka's Brief Disappearance, See What Protesting Youth Did To The Bishop's Court