By Sourcementor (self media writer) | 1 year ago

We Have Not Stopped Nigerians From Using Twitter -FG 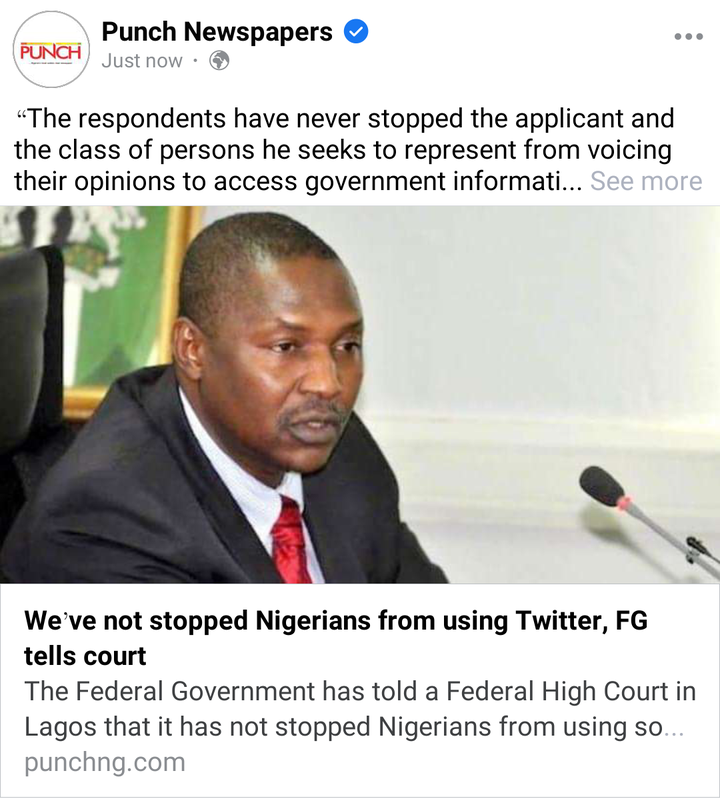 The Federal Government has told a Federal High Court in Lagos that it has not stopped Nigerians from using social media platform, Twitter, adding that many Nigerians are still using it every day.

The Attorney-General of the Federation, Abubakar Malami, and the Federal Government said this in a counter-affidavit they deposed to in response to an originating motion filed by human rights lawyer, Inibehe Effiong, which was obtained by The Punch on Thursday.

The Federal Government also denied knowledge of Twitter deleting Buhari’s tweet on the Biafra civil which offended many Nigerians. 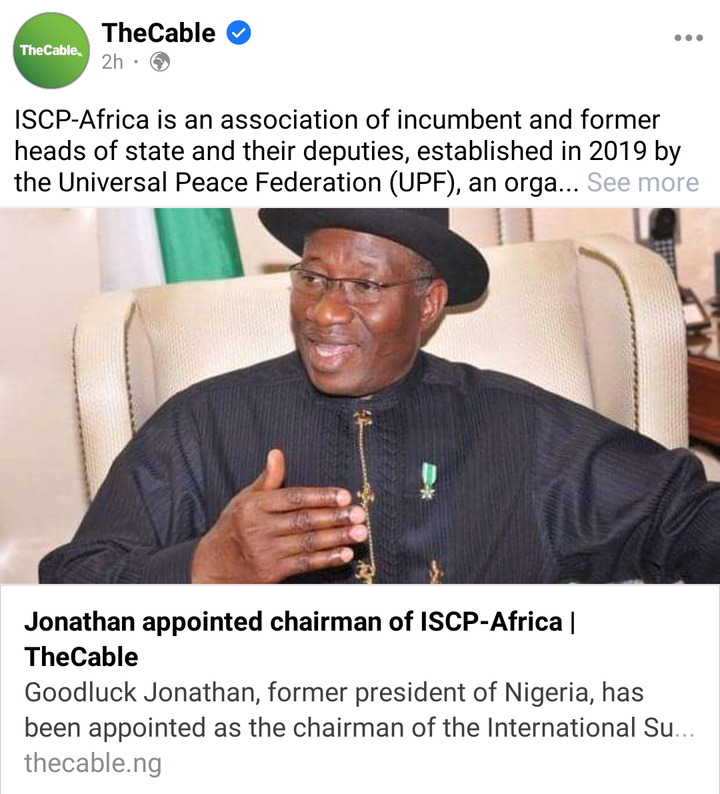 A former president of Nigeria, Goodluck Jonathan, has been appointed as Chairman of the International Summit Council for Peace (ISCP)-Africa.

This was disclosed by the Peoples Democratic Party (PDP), in a statement on Thursday.

ISCP-Africa is an association of incumbent and former heads of state and their deputies, established in 2019 by the Universal Peace Federation (UPF) which is an organisation in general consultative status with the United Nations (UN).

The PDP, while reacting to the appointment, congratulated the former President, urging him to deploy his wealth of experience in his new mandate. 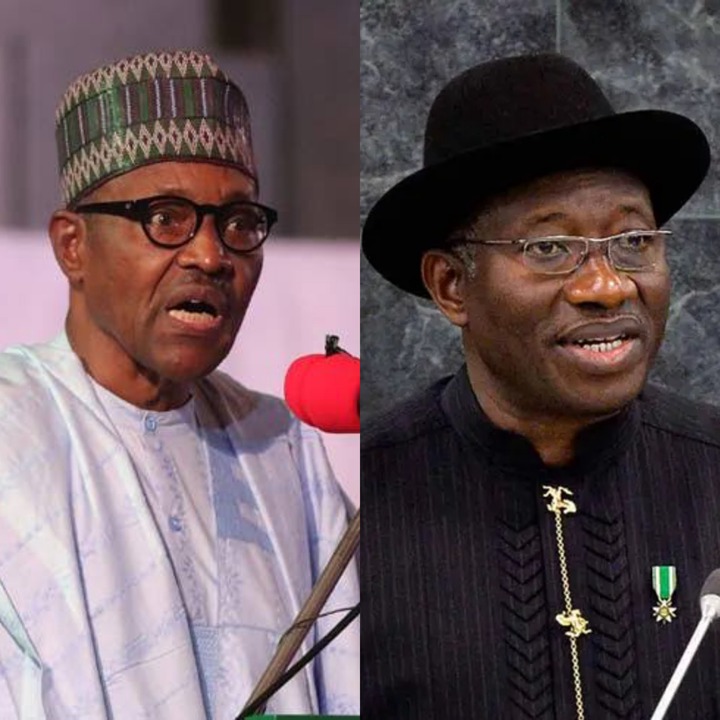 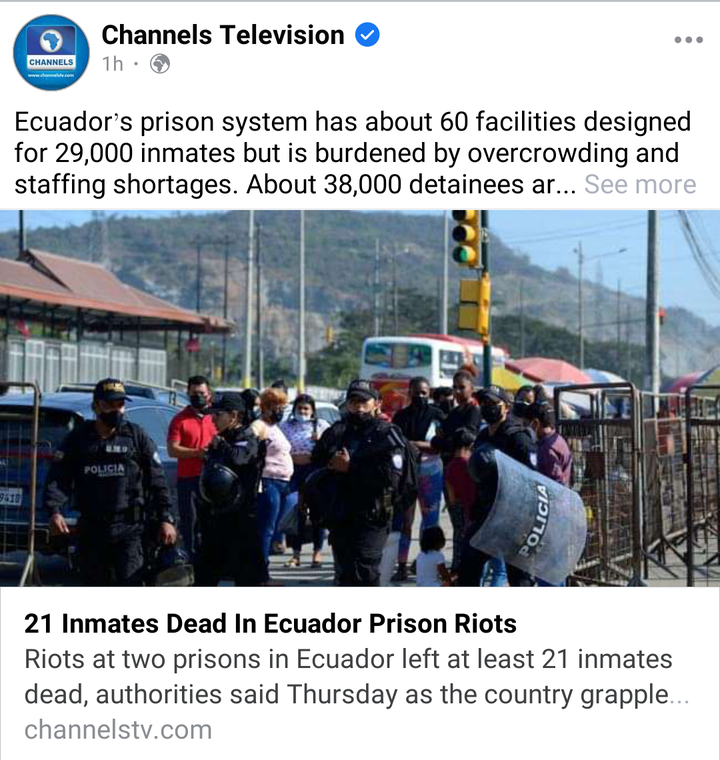 Riots at two prisons in Ecuador left at least 21 inmates dead, authorities said Thursday as the country grappled with its second wave of deadly prison violence this year.

Another 50 people were injured including some police officers. Elite police units regained control of the two prisons on Wednesday, one in the southwest province of Guayas and the other in the central Andean province of Cotopaxi, the SNAI prisons management body said in a statement.

Thirteen inmates died at the Cotopaxi prison and 35 prisoners and six police officers were injured, according to an updated toll Thursday. 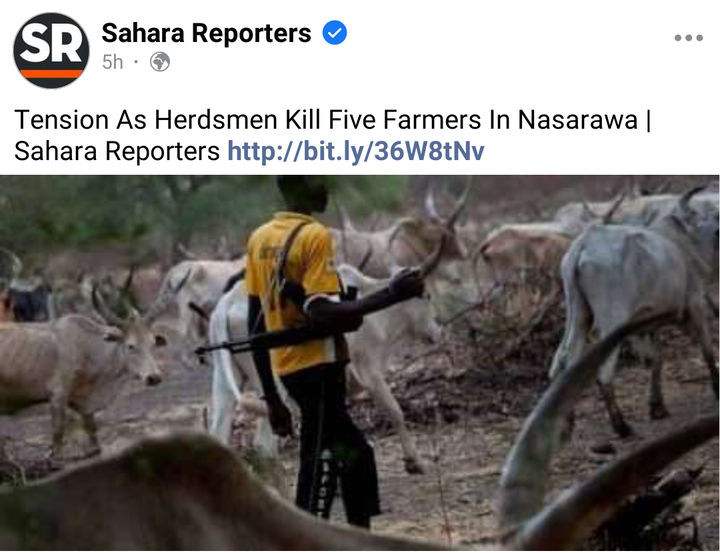 Sahara reporters learnt that the farmers were killed on Wednesday night while they were sleeping in their houses, leading to tension in the community.

The President of Tiv Development Association in the State, Comrade Peter Ahemba, said in Lafia that the gunmen stormed the village and attacked residents during which they murdered four of the farmers instantly while the fifth person died after being taken to the hospital. 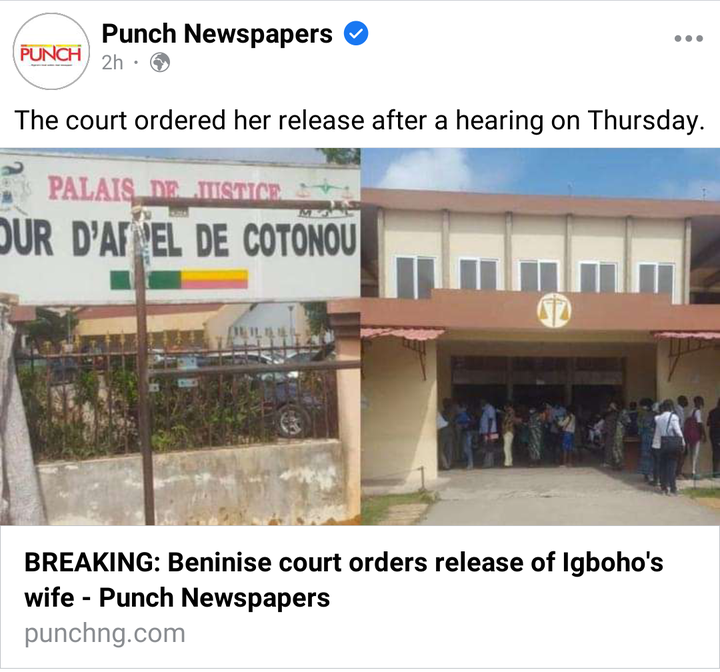 The court ordered her release after a hearing on Thursday.

However, Igboho was returned to the custody of Brigade Criminelle in Cotonou, Benin Republic.

This is as the court adjourned the case involving the Yoruba rights activist till Friday, July 23, 2021.

Igboho and his wife, Ropo, were arrested at the Cardinal Bernardin International Airport, Cotonou while trying to catch a flight to Germany.