Over 30 days after EFCC arrested and released T.A. Orji and son, prosecution is yet to begin

By Kingswaves (self media writer) | 23 days ago 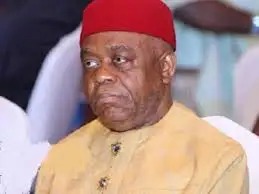 Nigeria is bleeding for so many reasons. One of the outstanding problems Nigeria has is corruption. This is worse than cancer. In the month of August, the Nigeria news headlines carried the news of the arrest of the former Governor of Abia state and his son, who is the speaker of the Abia state House of Assembly.

When the news of the arrest broke, many were of the opinion that EFCC was about to do justice to the long awaited issues bordering on misappropriation of public funds in God's own state. Abia is one of the states in Nigeria that is backward in terms of development and infrastructural dividends of democracy. 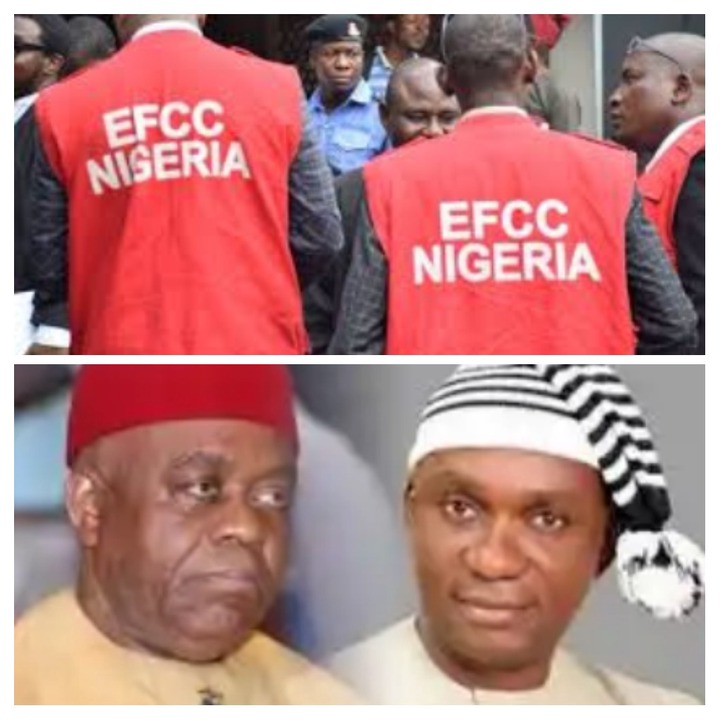 But as of today, it's been over 30 days since the arrest and release of Orji was done, and Nigerians, mostly Abians, were hoping that soon the trial of the duo would begin, but all to no avail. Observers are of the opinion that the father and son should be tried in a competent court to ascertain their clean record, so that if they are guilty, justice will be served, and if they are not, the matter will die forever.

Keeping people waiting is not proper, because when such a case lingers for a long time, it may cause apathy among the prosecutors and the observers. When justice is served, it will deter others from committing such crimes, knowing that judgement awaits them at the end. The EFCC should also be ready to prosecute any reported corrupt practices, and should not put Nigerians in suspense without any action following up. 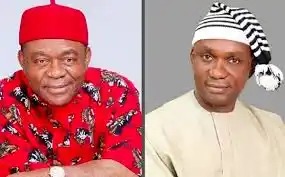 It will be recalled that a former Governor of Abia state, Senator Orji Uzo Kalu, was convicted and sent to jail by the EFCC, but was released after the supreme Court judgement that declared his first judgement and jail term invalid. The EFCC, after this, declared that they are going to revisit the Kalu case. Both T.A. Orji and Son are suspects who have not been tried or convicted in a court of law. Therefore, they are not yet guilty of any crime until proven otherwise by the court.