The leader of the Indigenous People of Biafra, Nnamdi Kanu, has pleaded not guilty to the 7 count charges, presented against him, by the federal government. Nnamdi Kanu appeared in court on Thursday, October 21, to continue his trial. 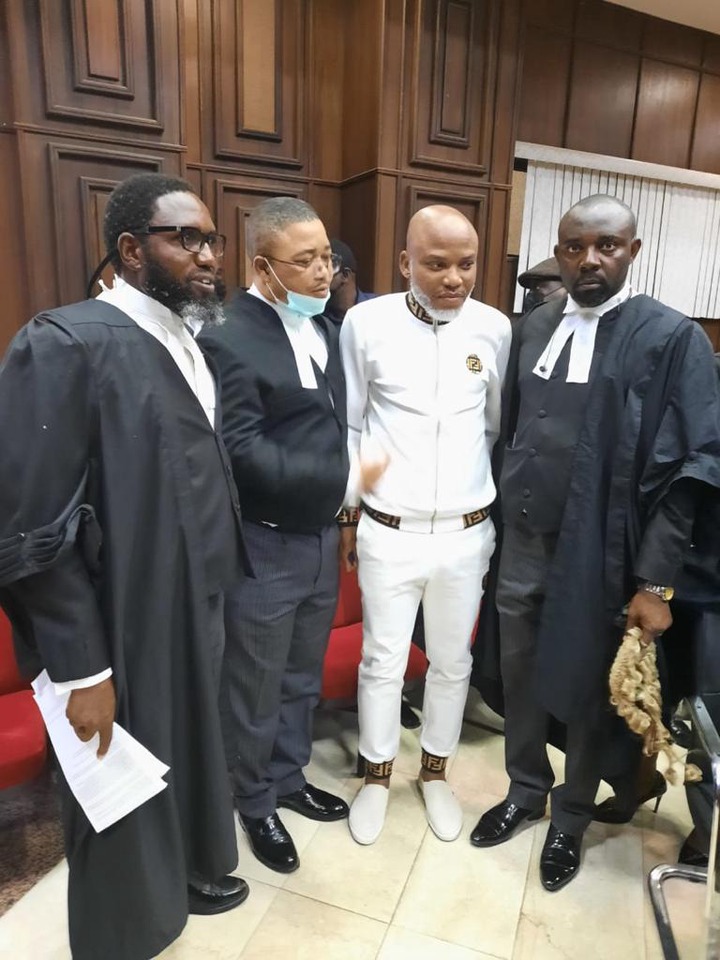 Nnamdi Kanu pleaded not guilty to the amended charges made against him, by the federal government. He appeared at the Federal High Court, in Abuja. He was arraigned over the charges of treasonable felony and terrorism. The charges were amended last week, and they amounted to a seven-count charge.

After Kanu pleaded not guilty in court, the Judge, Binta Nyako, ordered that Kanu remains in the custody of the Department of State Services (DSS). Kanu’s request to be transferred to a correctional center, was however denied by the judge.