Sunday Igboho Won't Return to Nigeria, They are trying to kill him - Olusegun Falola

By Enaworld (self media writer) | 10 months ago 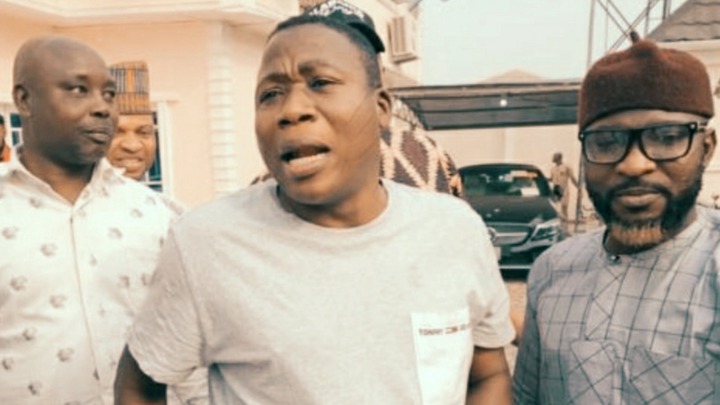 Olusegun Falola is one of the lawyers of the Yoruba human rights activist popularly called Sunday Igboho. The lawyer said his client, Sunday Igboho will not be returning to Nigeria after he gained freedom from the Benin Republic.

Falola said that his client will not come back to Nigeria after he gains freedom in the Benin Republic and this is because they are trying to kill him.

He disclosed this in an interview with freerightnews Tv obtained by the Nation.

"We won't let Igboho return to Nigeria because of the destruction of his properties that we witnessed, they are not only looking for Sunday Igboho but also trying to kill him.

" They are looking for how to kill him and that is very dangerous to allow him to return to Nigeria. So he is being kept safe in custody. Falola told the Nation.

Igboho has been in the custody of the Benin Republic since he was accused by the Department of State Services (DSS) and was declared wanted.

The Yoruba activist was accused of stocking dangerous weapons and ammunition in his apartment to cause havoc in Nigeria.

He was arrested at the airport in Cotonou while trying to take a flight to Germany.

Sunday Ighoho claimed the accusations were inaccurate and that all was a set-up.

Content created and supplied by: Enaworld (via Opera News )