The story of this year's EndSARS memorial will not be complete without talking about the face off between the protesters and security agents.

The protesters had some strategic meeting points in some parts of the country. Some of the major meeting points were the Lekki Toll Gate Lagos, Unity Fountain Abuja and other areas in various states across the country. Pictures and video clips that emanated from the meeting points showed how the protesters and security agents clashed. In Lagos, protesters at the Lekki Toll Gate were stopped by arms-wielding and hostile-looking policemen. Some people were arrested, journalists were given stringent conditions as some of them were manhandled for covering the event including the news crew of Arise Tv. 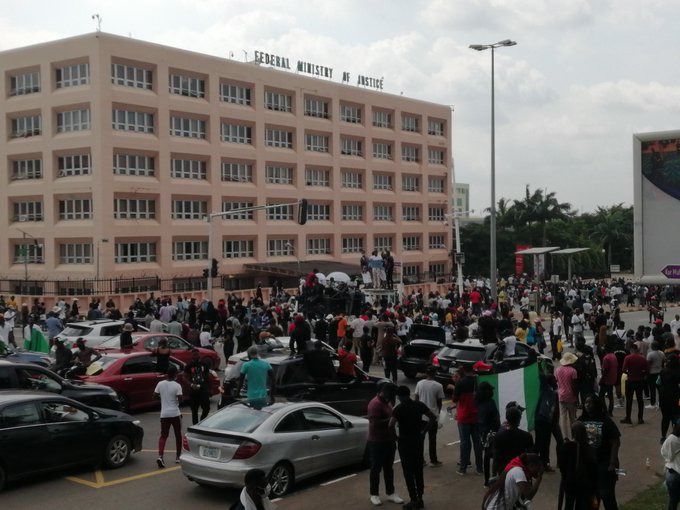 The height of the whole clash was the firing of guns into the air, firing of teargas at the protesters and spraying pepper spray on some of the youths engaging in the protests by security agents. The Lagos protesters were led by activists such as Deji Adeyanju, Rinu Oduala, Falz among others. The story is not even different in Abuja where Omoyele Sowore, Pelemi Olajengbesi and other activists led the protesters at the Unity Fountain. 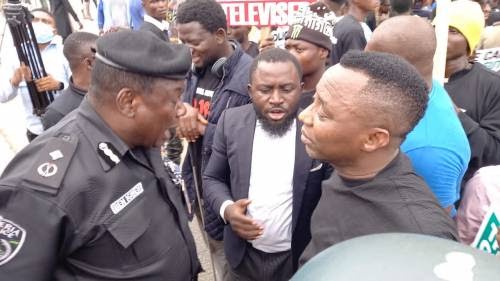 According to a report by Sahara Reporters, the clash with security agents made up of police, DSS operatives and soldiers came to a head when the protesters wanted to go to the National Assembly. They were stopped by the security operatives while Sowore and others engaged the security agents insisting that protesting was their rights and no amount of intimidation would stop them until the demands they are making are met.

The position of the law

The law permits citizens to exercise their rights to freedom of speech, expression, association, press and other fundamental human rights including the right to a peaceful protest. This is allowed in most countries of the world that practice democracy. 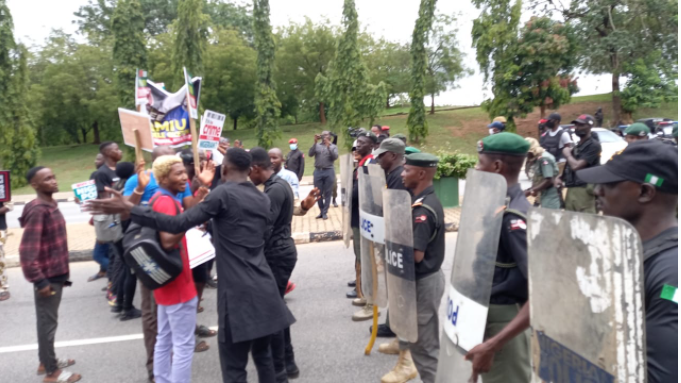 During such protests by citizens, the job of the security agents is to provide security to the people. The members of the Press have the right to cover the protest and let the country as well as the whole world know what is going on. This will help to determine if the protesters are lawful or not. 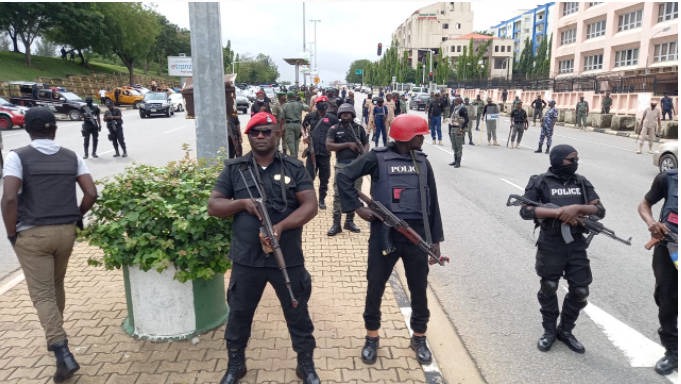 It will also help to make the voice of the people get heard by the government so as to meet their demands. Moreover, covering the protest live by the press will also show how civil and professional the security agents are in discharging their duty of protecting the people. It is so sad that the story is different in Nigeria whenever protests take place even after the police authorities assured that they would protect protesters.