Today's Headlines: Another Protest Begins In Kaduna, 7 Dead As Soldiers And Gunmen Clash In Uganda

By Showpen (self media writer) | 6 months ago

Another Protest Begins In Kaduna.

Some youths from the southern part of Kaduna State on Saturday protested the spate of killings and kidnappings in the North-West state.

The youths, under the aegis of the Southern Kaduna People’s Union (SOKAPU), berated the state governor, Nasir El-rufai for failing to address the worsening security in the state. 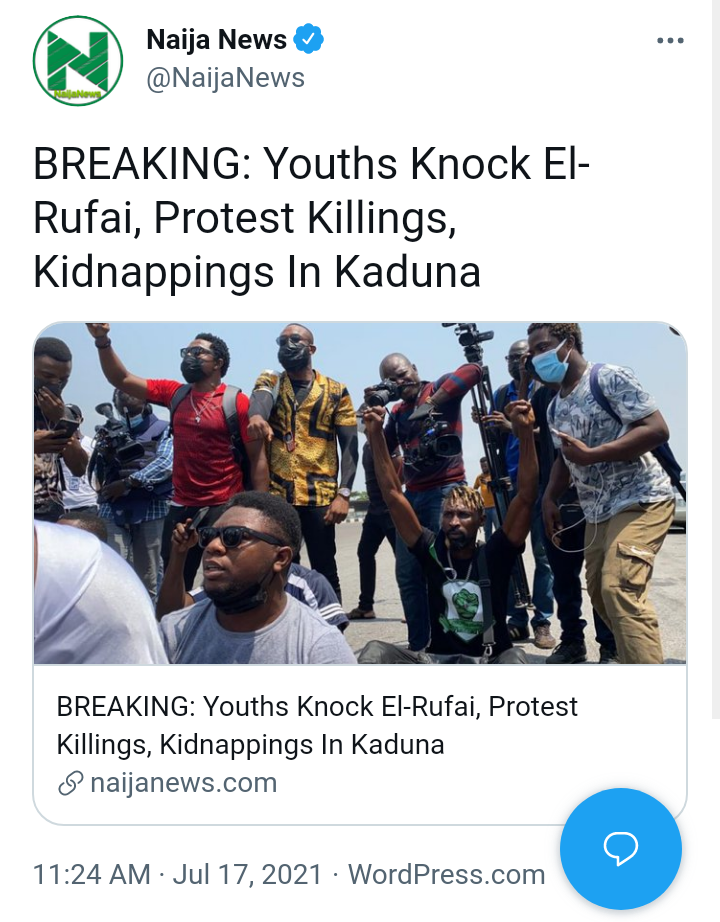 Naija News learned that the youths gathered at the Unity Fountain in Abuja, carrying placards with different inscriptions to drive home their protest.

According to the youths, the insecurity in Kaduna was becoming alarming, urging the security forces, and government at all levels to rise up and tackle the menace.

7 Dead As Soldiers And Gunmen Clash In Uganda.

Uganda’s defence ministry said Saturday that a soldier was among seven people killed in clashes between government forces and gunmen near the border with the Democratic Republic of Congo (DRC). 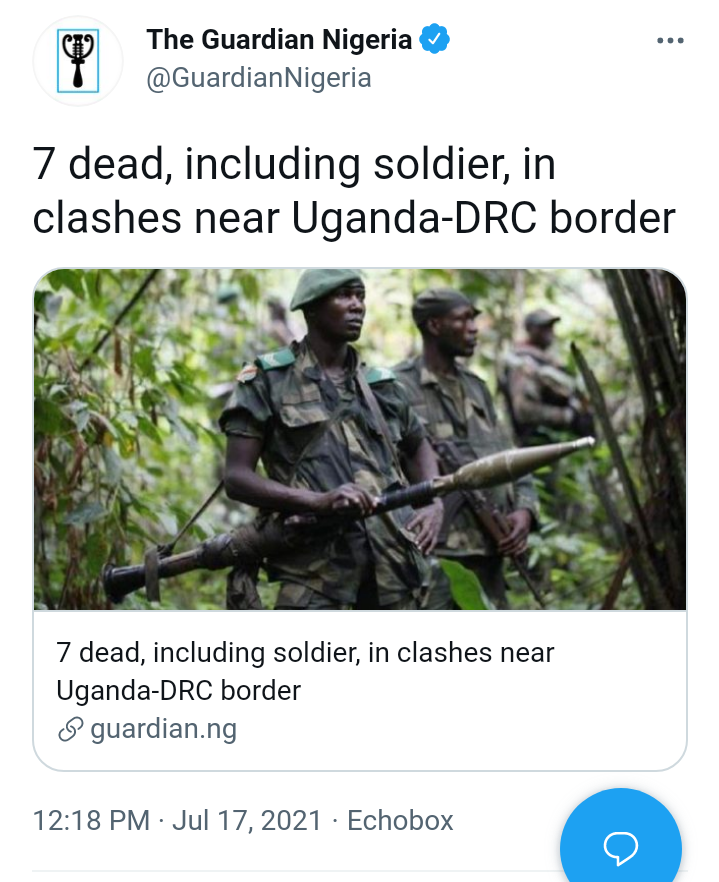 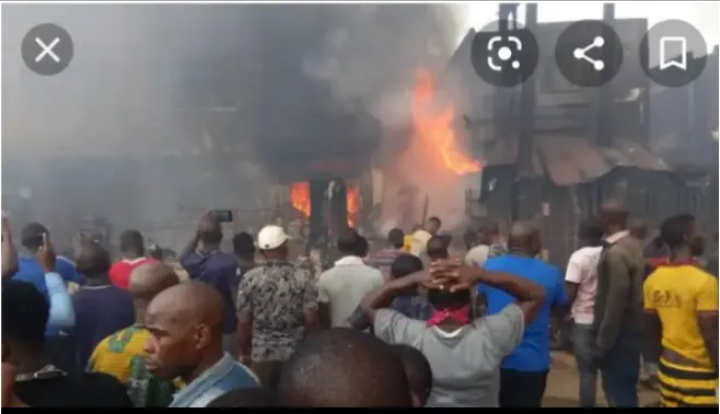 Six of the attackers, believed to be from the Lendu ethnic group, were “put out of action” and four captured in the assault at Zeu Forest, she said.

Residents of the town told our correspondent that the gunmen, who allegedly dressed in Customs uniform, invaded the town around 7 pm, shot and killed an unspecified number of people they met at the entrance of the town before fleeing. 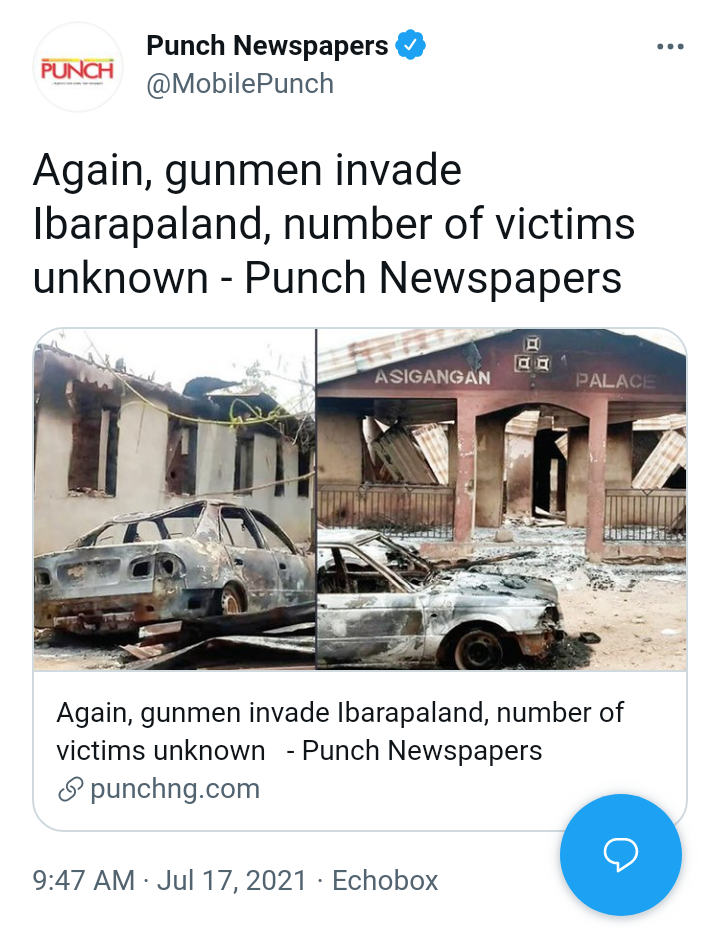 The eyewitnesses said they did not know the number of persons killed by the gunmen, but that one of the sources had claimed that one person was shot dead by the rampaging hoodlums.

The gunmen were said to have loaded themselves in four vehicles, two of which were a Toyota Hilux and Sienna.

Some of the sources claimed that hunters and vigilantes in the town, when they heard the gunshots, came out in hot pursuit of the hoodlums. The fleeing hoodlums were said to have escaped through Ayete.

The Secretary of Farmers Union, Mr Taiwo Adeagbo, who is popularly known as Akowe Agbe, also alleged that the attackers wore military uniforms.

The Nigerian High Commissioner to the UK, Amb. Sarafa Isola met with eminent Yoruba leaders and Ohaneze Ndigbo in London on Friday to dialogue on current agitations and security issues in Nigeria.

The minutes of the meetings, which took place at the Nigerian High Commission office, were e-mailed to newsmen on Saturday. 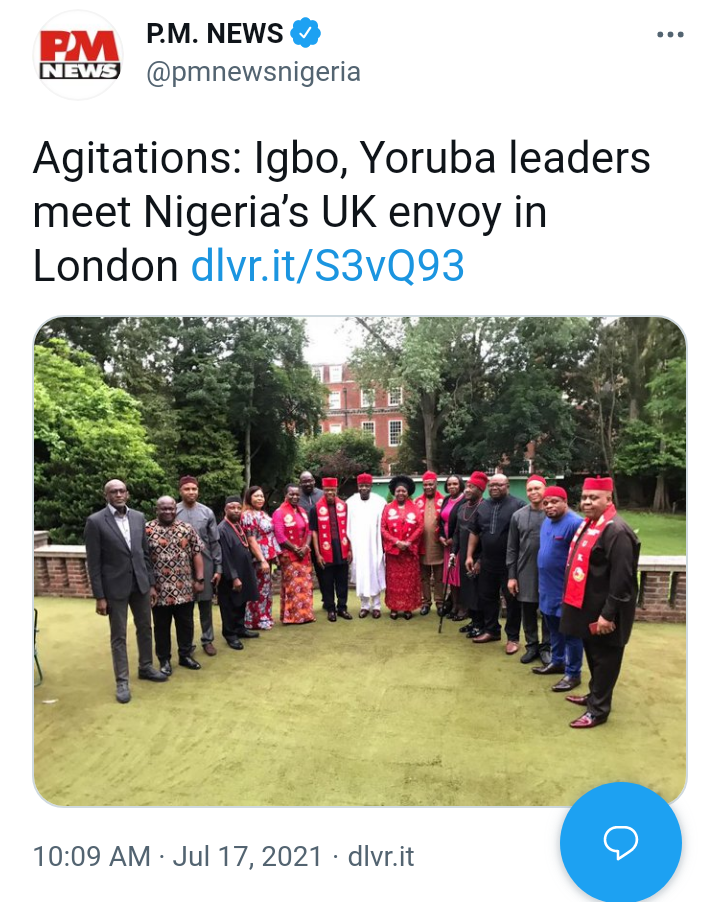 According to the minutes, the dialogue centered on the efforts of the Federal Government to tackle internal security in Africa’s most populous country, which has been plagued by insecurity in recent years.

The Yoruba and Igbo leaders at the meeting reiterated their beliefs in the unity of Nigeria and the need to preserve it as a corporate entity.

The Igbo leaders called for the enthronement of equity, justice and fairness in the country, where the Igbo would be accorded their rightful position in the Nigeria project.

On their part, the Yoruba leaders also spoke on the need for Nigerian unity, adding that the Yoruba people would continue to remain in Nigeria.

They, however, demanded that power should evolve to the various components of the federation through restructuring and federalism.

They reiterated the need for true federalism as canvassed by Chief Obafemi Awolowo, a position the sage held until his death.

However, the Yoruba leaders were led to the meeting by Chief Adebayo Oladimeji, a Chartered Biologist and Chairman of Nigerian Elders in the UK.

An Islamic preacher, Abduljabbar Kabara, has been sued to court by the Kano State Government for blasphemy against Prophet Muhammad and incitement of the people.

The Commissioner for Information in Kano, Muhammed Garba, announced this in a statement on Friday evening.

The government said Kano-based Islamic cleric was famous for controversial religious commentaries and statements, which were regarded as mortifying the companions and the Holy Prophet Muhammad.

Mr Kabara is being sued following the receipt of the First Information Report from the police by the Office of the Attorney General and Commissioner for Justice, the statement read. 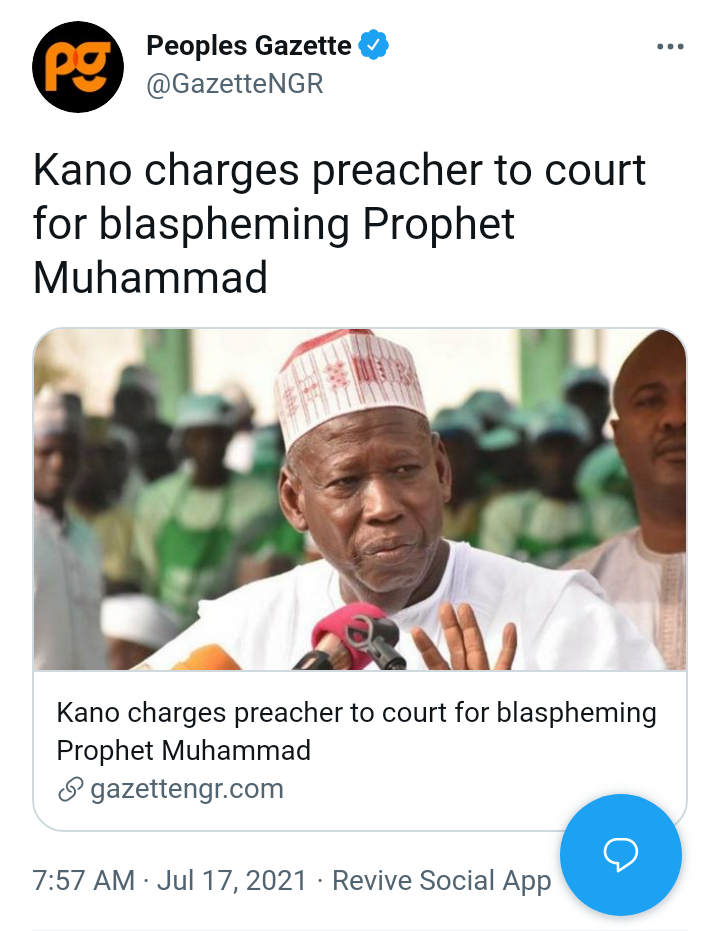 It also said that the accused had been arraigned on Friday, July 16 before an Upper Sharia Court at Kofar Kudu.

The statement added that the court adjourned to July 28, while the scholar would remain in police custody until Monday July 19 2021, when he would be remanded in prison till the adjourned date.

Content created and supplied by: Showpen (via Opera News )