By Fanfave1 (self media writer) | 11 months ago 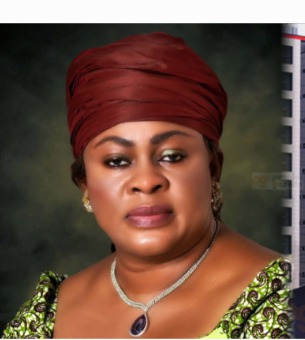 If the former aviation minister Stella Oduah fails to appear in court again, the Federal High Court's Abuja Division has threatened to issue an arrest warrant for her.

After EFCC counsel Hassan Liman in the alleged N5 billion trial against Ms Oduah and eight others said the ex-minister and one other defendant were not in court to take their plea, Justice Inyang Ekwo issued the warning.

The former minister and eight others were scheduled to be arraigned on February 9 by the court. The arraignment was cancelled because Ms Oduah was not served with the court papers.

The court also set April 19 for the arraignment, but the hearing was postponed due to the Judiciary's strike. In a case dubbed FHC/ABJ/CR/316/20, the lawmaker is accused of fraud along with others.

Ms Oduah is accused of misappropriating N5 billion in public funds while serving as aviation minister, according to the anti-corruption agency.

When the case was called, Mr Liman stated that the EFCC had carried out the court order issued on February 9 and that the case was set for arraignment.

“My lord issued an order of substituted service on the 5th and 6th defendants in the trial on February 22, 2020. “My lord, we have carried out the order,” he said.Mr. Ekwo stated that because the court had not met on the previous adjourned date, today's proceeding should be for a report on the development, and that the court would set a new date for arraignment.

The lawyer brought the attention of the court to the fact that Ms Oduah, the first defendant, and another defendant were not present. “I'll set a new date for arraignment, and if they don't want to come, that's fine,” Mr Ekwo said.

“Once the plea is taken, I am proceeding with (the) trial,” the judge said, after telling the prosecution lawyer to clean up his act. As a result, Mr Ekwo warned that any defendant who failed to appear in court on the next adjourned date would be issued an arrest warrant.

“The order defendants, with the exception of the 2nd and 3rd defendants, are not present today. “This is a notice that anyone who is absent will be issued an arrest warrant,” he ruled. He postponed the arraignment and trial until October 19th.

Content created and supplied by: Fanfave1 (via Opera News )