By Toptrendsmedia (self media writer) | 24 days ago 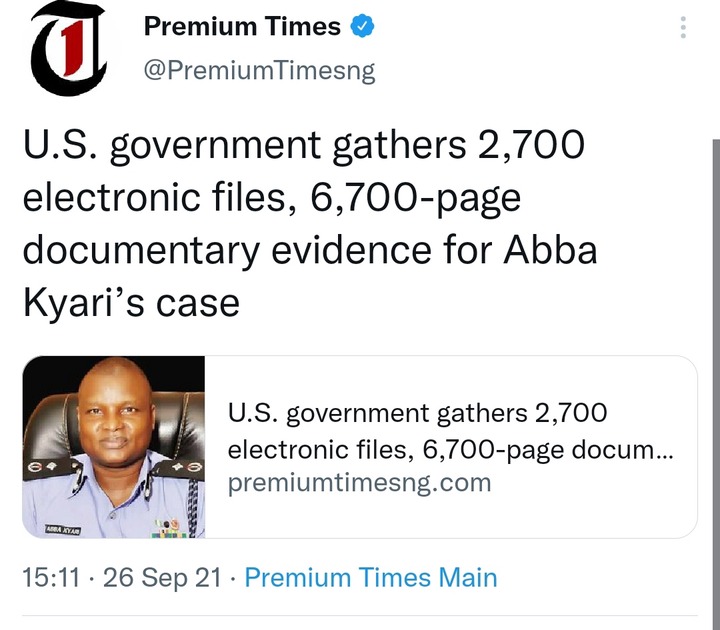 A report by Premium Times indicates the United States government has gathered over 2,700 electronic files as part of the evidence for trial in the $1.1million fraud case involving a top Nigerian police officer, Abba Kyari.

The newspaper cited a court document which it said also shows other sets of investigative reports and “new discoveries” including documents obtained from foreign law enforcement agencies with over 6,700 pages that are being processed by prosecutors.

U.S. prosecutors along with three of the six indicted defendants in the fraud case have asked the U.S. District Court for Central California to postpone trial from October 2021 to 17 May, 2022. 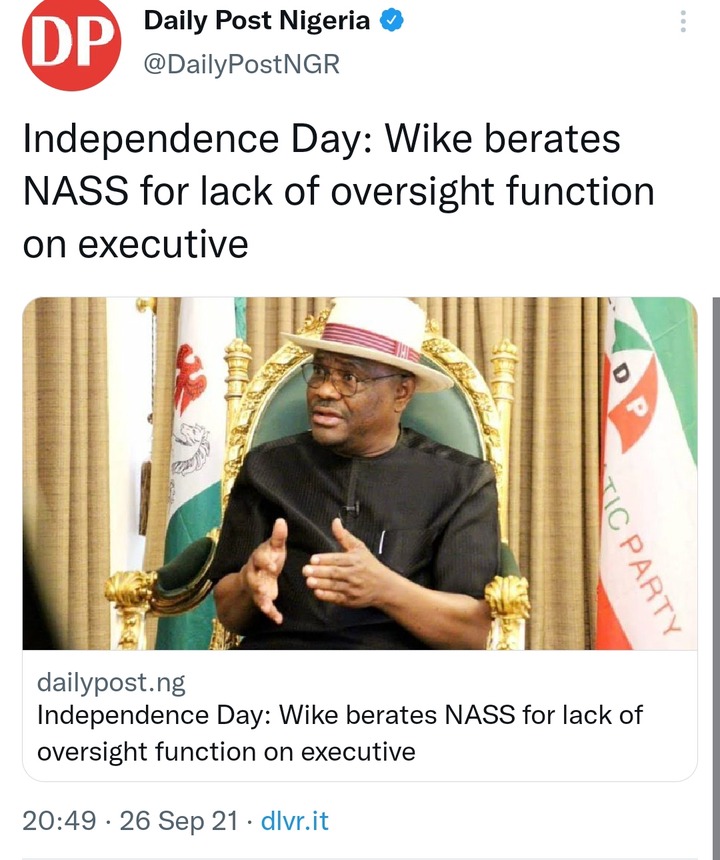 Governor Nyesom Wike of Rivers State has taken a swipe at the National Assembly for not doing enough oversight on the executive arm of government.

Governor Wike, who was speaking during an interdenominational church thanksgiving in commemoration of the 61st anniversary of Nigeria in Port Harcourt on Sunday, berated the National Assembly for always accepting whatever the executive brings without proper scrutiny. 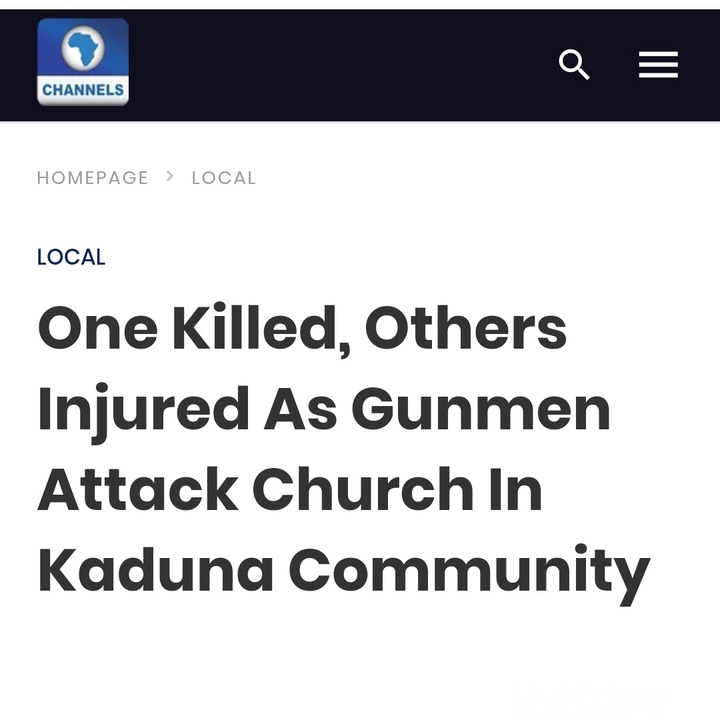 At least one person has been killed and many others have been injured after gunmen attacked the ECWA Church at Gabaciwa village in Kachia Local Government Area of Kaduna State on Sunday morning.

According to a report by security agencies, the gunmen invaded the church during the Sunday morning service, and immediately attacked the worshipers, which led to the death of one person, while some others were seriously injured.

Governor Nasir El-Rufai has condemned the attack, described it as an evil act targeting innocent citizens exercising their constitutional and universal rights to religious freedom.

"Nothing to celebrate" - Wike fumes 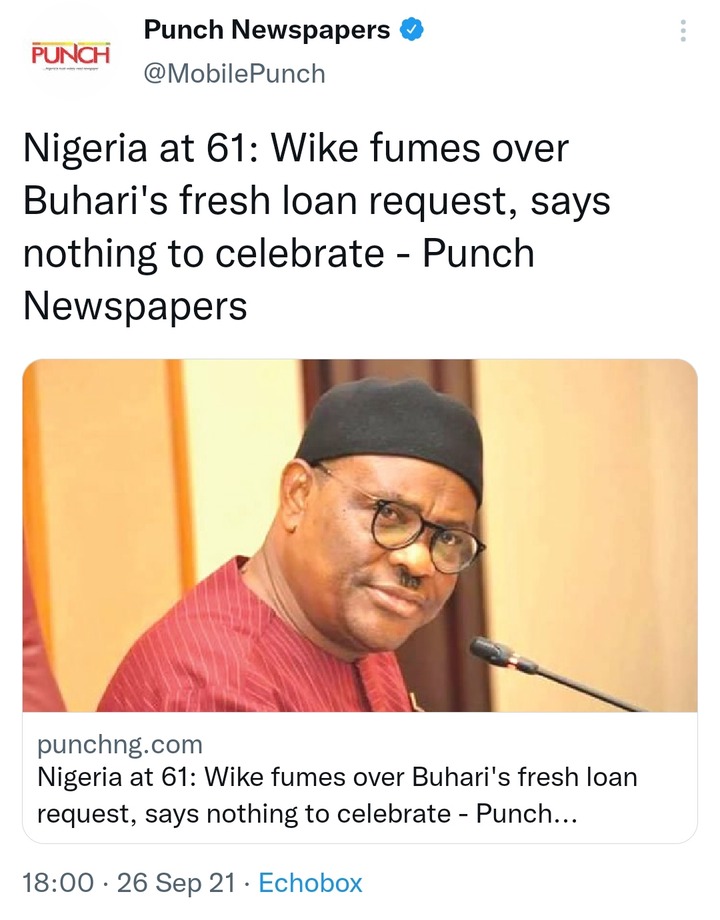 Governor of Rivers State, Nyesom Wike has said it was regrettable that 61 years after independence, Nigeria was still grappling with leadership challenges.

The governor noted that because of such leadership failure, Nigeria was now at a point in its history needing God more than ever.

Wike made the assertion at the Interdenominational Church Service organised in commemoration of the 61st Independence Anniversary of Nigeria at the St. Paul’s Anglican Church in Port Harcourt on Sunday. 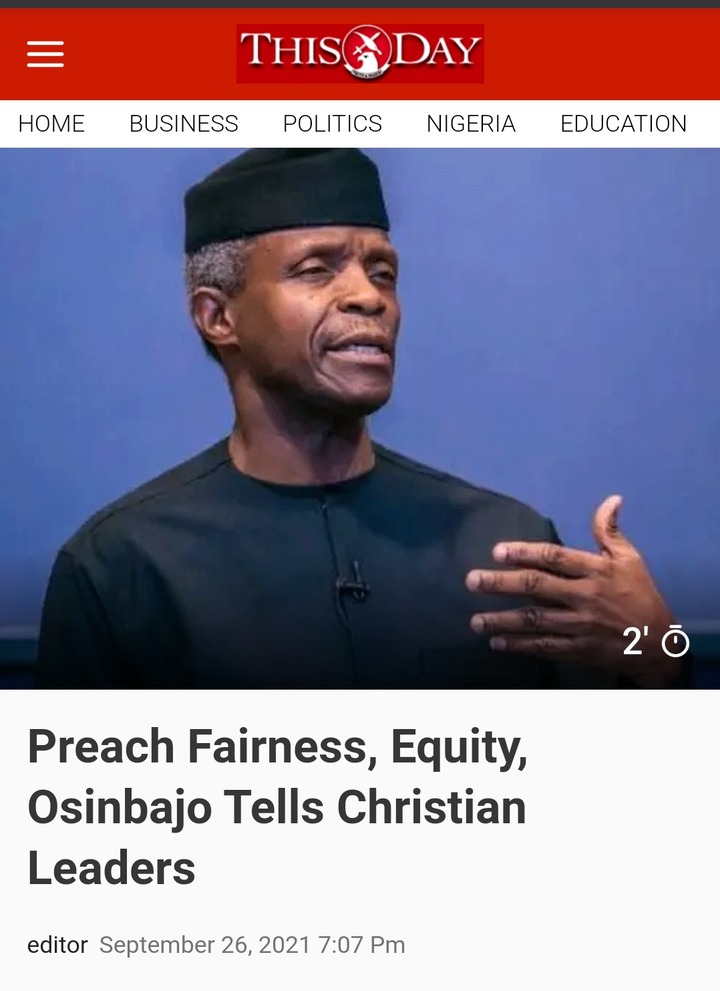 Vice-President Yemi Osinbajo has urged Christian groups and leaders to always preach fairness and equity at all times and be relentless advocates of freedom of worship, justice and the rule of law, for a more united and peaceful society.

Osinbajo, who made the appeal while being honoured with the Christian Association of Nigeria’s (CAN) Award of Excellence at a Dinner and Awards night organized to mark the 45th anniversary of the association at the weekend in Abuja, also delivered President Muhammadu Buhari’s felicitations to the foremost Christian body on the milestone.