By AllLatestGists (self meida writer) | 1 months

The Joint strike action of the Non-Academic Staff Union (NASU) and the Senior Staff Association of Nigerian Universities (SSANU) began on the 5th February 2021 after a 3-day nationwide protest and a 14-day notice to the Federal Government. The reasons for the joint strike action included payment of salaries on the Integrated Personnel and Payroll Information System (IPPIS), the sharing formula of the N40 billion earned academic allowances, and non-payment of arrears of the new minimum wage. As a result, for over a month Federal Universities have not functioned optimally since tertiary institutions were reopened after the 9-month strike by the Academic Staff Union of Universities (ASUU). 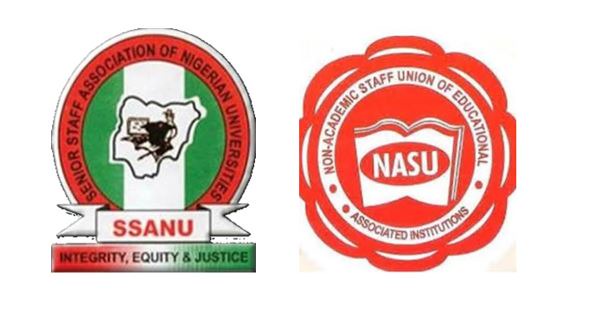 Following series of meetings with the Federal Government and the State Chapters of the Union, an agreement concerning the strike has been reached. The agreement to suspend the strike action was reached after responses from State Branches were collated in a meeting held yesterday. The responses were all in favour of the strike suspension and resumption of duties.

Consequently, the Joint Action Committee of NASU and SSANU has announced strike suspension which takes effect from midnight of Friday, 26th February 2021. The announcement has been confirmed by the General Secretary of NASU, Prince Peters A. Adeyemi, and the SSANU National President, Comrade Mohammed H. Ibrahim in a circular below to all State Branches. 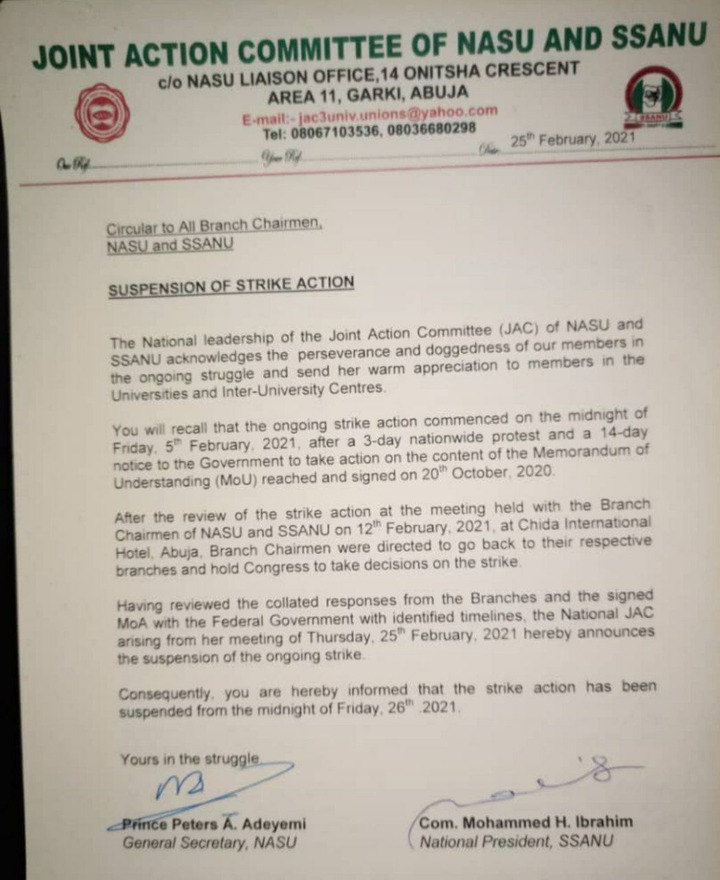 Content created and supplied by: AllLatestGists (via Opera News )

Check Out What MC Oluomo Wrote About his Son

Check out This Yoruba Traditional Wedding attires for couples.

Photos of Nollywood actors with the Ooni of Ife