Angry Soldiers Protested And Shot Sporadically In Borno, See Why

According to Channels Television this evening, local sources at the Maimalari barracks have narrated how soldiers of an unidentified battalion in Operation Lafiya Dole besieged the headquarters of the Theatre Command in Borno after their deployment. They sources disclosed that they angry soldiers were shooting sporadically into the air.

Also, local sources further revealed that the angry soldiers cited non-payment of allowances and poor equipment as reasons for the protest. Meanwhile, some soldiers managed to voice out but did this under anonymity. And the soldiers recalled how the whole unit that went for reinforcement when Marte was captured perished under superior firepower of the enemy forces, which is very sad.

Apart from the local sources at the Maimalari barracks, the Media Coordinator for Operation Lafiya Dole, Colonel Ado Isa has also confirmed the development to Channels Television via a text message on Friday, and blamed the protest on the soldiers' minor admin/welfare. He also said the issues were promptly addressed.

According to Channels Television, the protest was triggered on the heels of an arms procurement mystery which has been exposed by the National Security Adviser, Babagana Monguno. Recall again that neither the outgoing nor incoming service chiefs can explain the whereabouts of no less than N1b, which was released for the procurement according to the retired Major Gen. 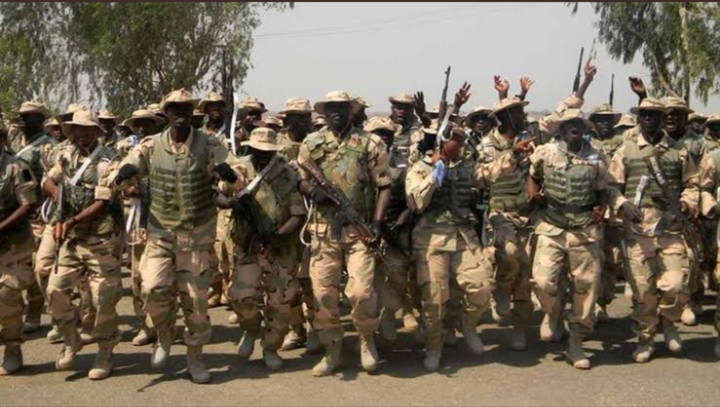 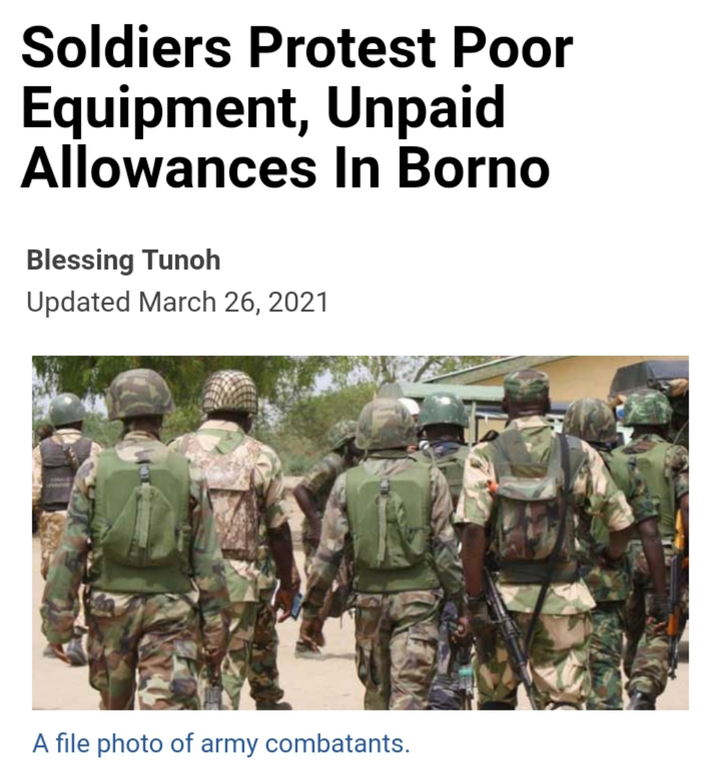