Past and present Nigeria’s basketball players on Thursday staged a peaceful protest in Abuja over an alleged plan to impose one Musa Kida as the President of Nigeria Basketball Federation (NBBF). 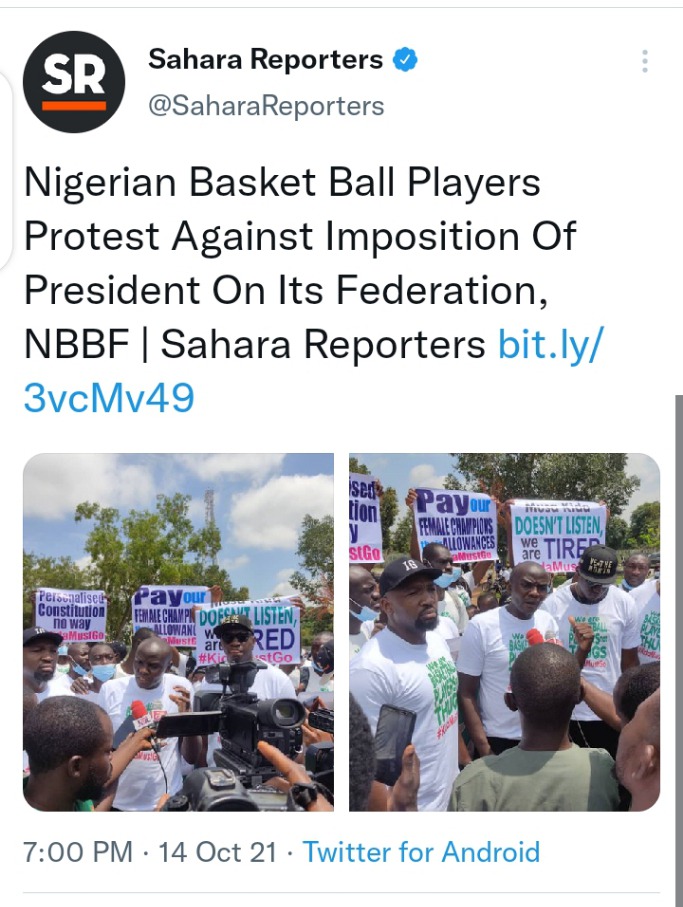 The protesters marched from the Area 10 Old Parade, Garki and to the Unity Fountain, Maitama, demanding that Kida must be prevented from imposing himself on the basketballers and other stakeholders as the association’s President.

Meanwhile, the Ministry of Youth and Sports Development summoned Kida and a former President of NBBF, Tijani Umar, to another emergency meeting over the lingering crisis rocking the association.

The meeting which is slated for Monday, October 18, 2021, in Abuja is to find a lasting solutions to the four-year old feud between the duo. 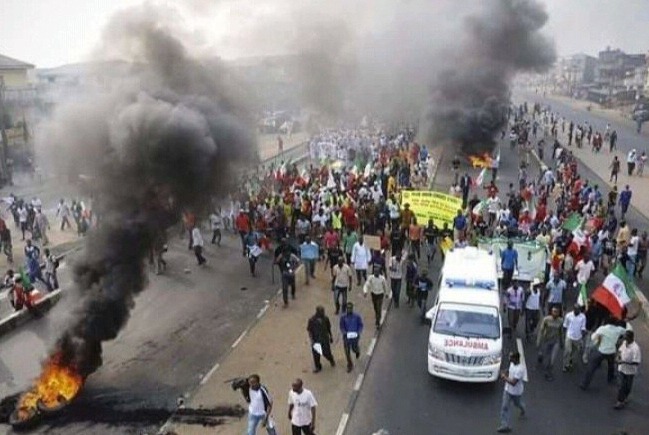 Governor Nasir El-Rufai of Kaduna State, has revealed what he described as his biggest fear about Boko Haram and ISWAP terrorist group. 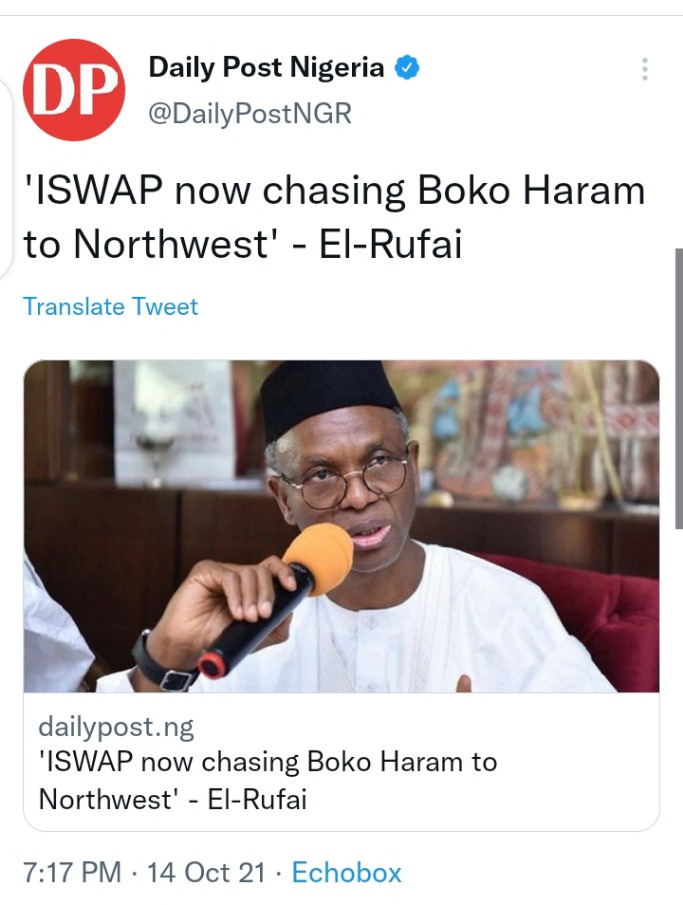 El-Rufai said the biggest fear is that Boko Haram members may relocate from the Northeast to the Northwest.

The governor made the announcement at the 'Fountain Summit,' an event hosted by the Ekiti government on Thursday.

He called for a collaborative effort between the federal, state governments, and Nigerians in combating terrorism.

The Federal Government says it will direct the Nigeria Broadcasting Commission(NBC) to compel public and private television stations to feature sign language interpreters during their major news presentations. 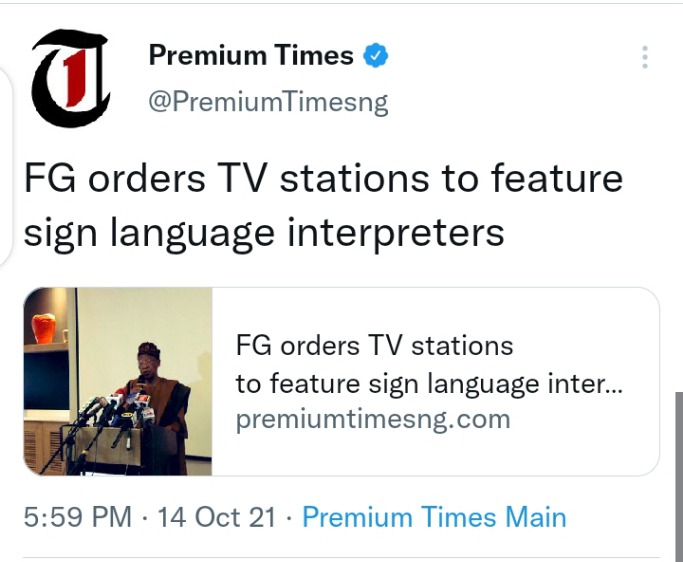 The Minister of Information and Culture, Lai Mohammed, stated this on Thursday in Abuja at the 2021 Annual Lecture of the Federal Radio Corporation of Nigeria (FRCN).

Bayelsa State Governor, Senator Douye Diri, has welcomed scores of defectors from the main opposition party, All Progressives Congress (APC) into the Peoples Democratic Party (PDP) in the state. 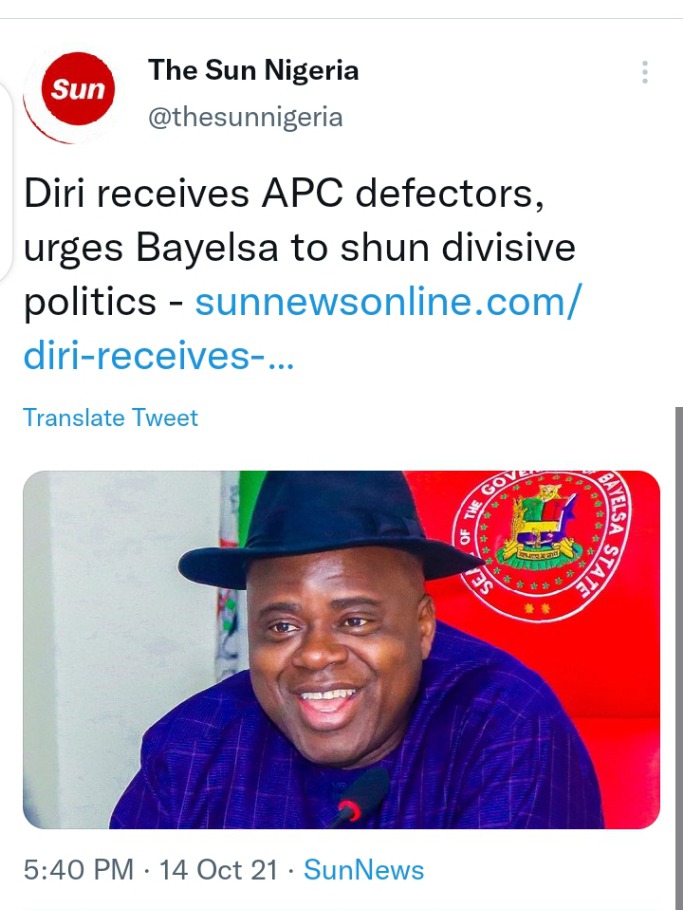 The returnees to the party are from constituency one to four in Southern Ijaw Local Government Area.

Speaking in Government House, Yenagoa, while receiving them, Governor Diri appreciated the PDP leadership in Southern Ijaw, who he said has keyed into the ideals of his administration.

Diri while noting that people of the state need to shun divisive politics, stressed that Bayelsa was created for it to be developed but regretted that the pull- him-down syndrome crept in shortly after creation to defeat the ideals of the founding fathers of the state.