Had Nigerian youths been not staged EndSARS protests last year, how victims of police/brutality would have been compensated? This is to say that the protest is really paying off at least victims are being heard and given justice. They say halve of a bread is better than none! 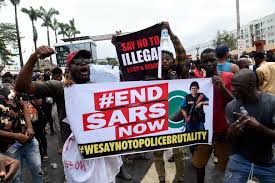 Today, a victim jailed for 6 years without trial was awarded with N7.5m by the Lagos panel of Enquiry set up to hear the cases of police brutalites!

CHIDIEBERE Nwadi by name had spent 6 years in Kirikiri prison just because he couldn't offer police bribes. This made the petitioner suffer a lot in the hands of the police officers. This was disclosed by Doris Okuwobi, chairperson of the panel, who delivered the judgment on Friday.

She said: “His inability to provide bribes led to trumped-up charges. As a result, he was kept in the awaiting trial section of the Kirikiri maximum security for six years,”Okuwobi said. 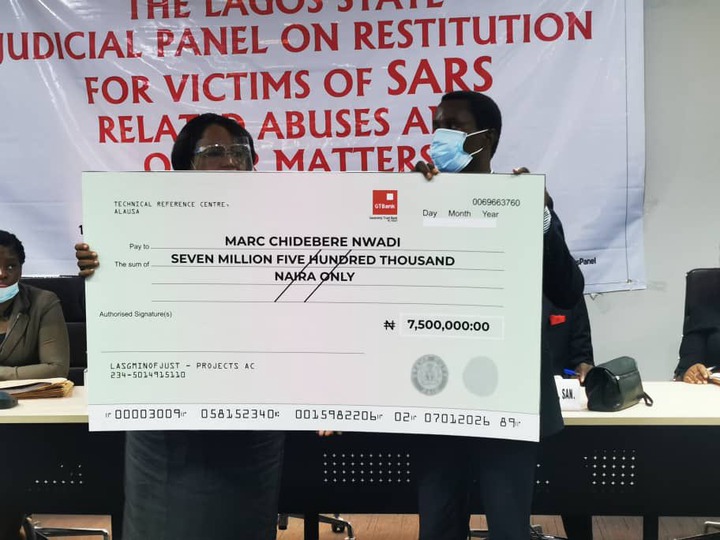 According to the victim's story, Nwadi was reported to have been tortured and incarcerated by the police officers before being taken to Kirikiri where he was kept for six years. The panel chair then presented 7.5 million naira cheque to the petitioner on behalf of the Lagis state government, saying the petitioner was never tried or sentenced for any crime.

While reacting to the news, the sensational and controversial activist, Aisha Yesufu queried those who say protests don't work. Recall that Aisha was one of the EndSARS promoters that rocked the country in recent times! 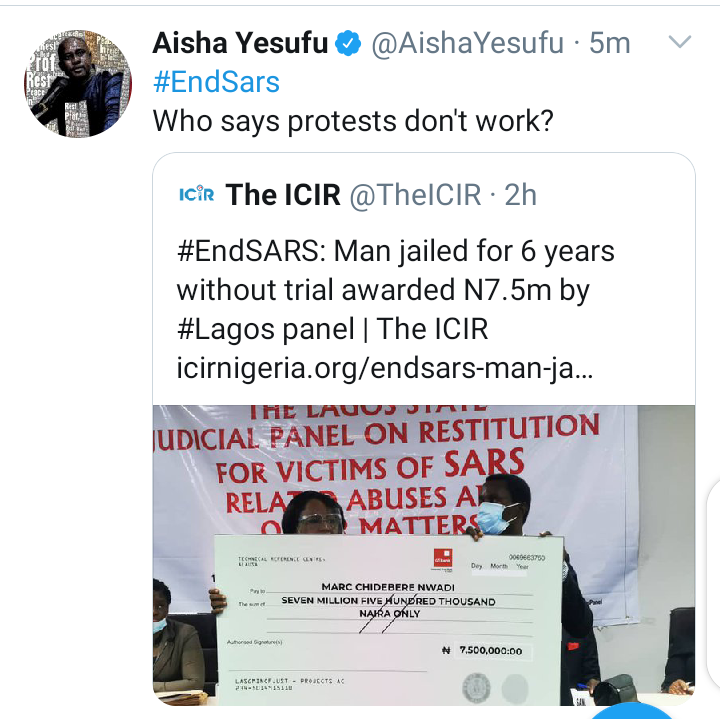