"You Can't Say A Person Has Repented Because He Dropped Arms, Let Them Face Justice"- Abimbola Ayuba

By WALDEE (self media writer) | 5 months ago

It's no longer news that Nigeria has been tackling the problem of Insecurity. For many years, the Nigerian security forces and agencies have been fighting a war against Boko Haram insurgency and Banditry. 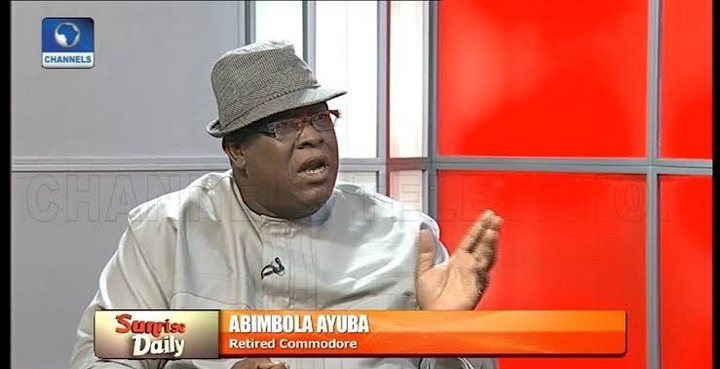 However, in an interview with Roots TV, Abimbola Ayuba, who is a security expert, has spoken about rehabilitation and reintegration of culprits into society. Abimbola Ayuba said the approach used by the government isn't the best way. He said he feels the pains of the military and police because some criminals they arrest get released simply because they say they have repented. Abimbola suggested that a wicked soul cannot just repent until he faces justice.

Speaking further, Abimbola said there should be a place where a person's crime is recorded. He went on to say the criminals must face justice by serving jail terms. The security expert also said that during the jail term, reformative agencies should be brought in to check if some of the convicts have truly repented. Furthermore, Abimbola said, "You cannot say a person has repented because he dropped his arms."

In another part of the interview, he said the repentance of a convict should be determined by the system. Abimbola Ayuba also spoke about the North East case, where some people were reintegrated into the society. He said many people are not in support of the way the so-called fighters were reintegrated. Speaking further, Ayuba said no victim would welcome people who killed their loved ones or destroyed their back, and for this reason, many of the repentant fighters go back to where they came from. He said most of them become more dangerous because they've gained information about the system. He concluded by saying culprits should be made to face justice.