By OjoWrites (self meida writer) | 17 days

The president and founder of the influential Islamic party Jamaat taawunil muslimeen has issued a stern alert to northerners and Muslims in response to the terrorism accusation leveled against Dr. Isa Ali Pantami, the minister of communication and digital economy. 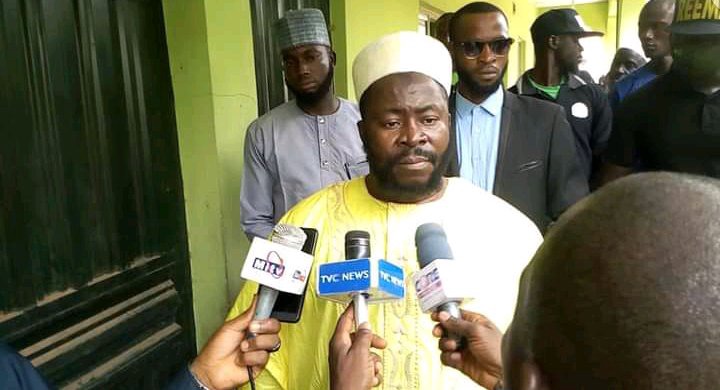 He warned them that if they allow intruders to compel Pantami to resign as minister, they should bury their heads in shame.

In his speech, he said that everything in Nigeria today is about politics. He clarified that anything that appears or occurs has theological overtones, and that its truth is understandable even to the blind.

He went on to say that Nigeria would have been a prosperous country. If she had used all of her best, such as Ahmadu Bello, Tafawa Balewa, M.K.O Abiola, and the rest, it would have been a model not just for Africa but also for the rest of the world. However, it has become their practice to always associate our best with wrongdoing and something terrible (especially when those best happen to be Muslims), putting us in a difficult situation that seems to have no end.

He went on to say that the Pantami problem is unrelated, and that those attempting to bring him down are the same people accusing Buhari's administration of Islamization. Pantami resigning as Minister would be a disgrace to Northerners and Nigerian Muslims (who want the best for the country).

Finally, he asked if we should also argue that by endorsing a peace deal with the Taliban, America is helping terrorists. So, what's the big deal? Do we have to keep losing our way to the weightless complaint? He said that anyone who is dissatisfied with the situation should leave Nigeria before the National Identification Number and SIM are linked, as the Minister of Communication and Digital Economy will not resign.

"Everyone Deserves Happiness", Check Out Photos Of Military Men Proposing To Their Ladies

Fashionistas, Check Out Latest And Stunning Ankara Dress Ideas For Plus Size Ladies

A lesson Chelsea fans must learn and expect from Tuchel even after beating Guardiola, Zidane & Co.

Morning Prayer: Oh God Put An End To Oppression Of Darkness In My Life.