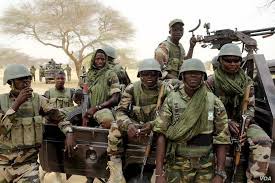 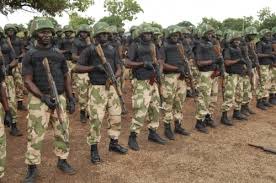 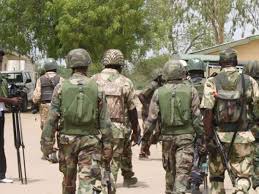 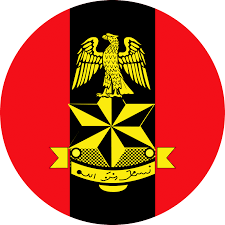 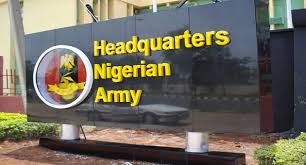 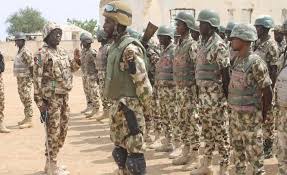 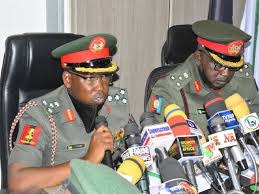 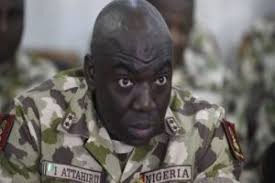 News reports have disclosed that on Friday, the Nigeria Army reacted to the alleged protest staged by some soldiers in Borno to request for better equipment inorder to be able to effectively engage the Boko Haram.

There were alleged reports of random shootings in Borno as soldiers reportedly embarked upon protest against their posting to a particular place in the theatre of operation.

In its reaction,the Nigerian Army,refuted the reports but agreed that there was a 'small incident' which was promptly addressed.

The Director of Army Public Relations, Brigadier General Mohammed,released an official statement that disclosed that the attention of the Army headquarters had been drawn to the unverified reports being circulated on social media that military men of an undisclosed battalion in Operation Lafiya Dole had protested their deployment to a location in the Theatre of Operation.

The statement said for the record purposes, the Headquarters Theatre Command Operation LAFIYA DOLE indicated that the reports were fake and did not accurately reflect the actual position of the events.

According to the statement, the initial findings by Major General Farouq Yahaya,the Theatre Commander, Operation Lafiya Dole,showed that the purported protest incident as reported in the media was a just a little concerns raised by a small number of soldiers of Mobile Strike Team (MST)that were posted for Exercise Tura Takaibango in the frontline of Operations.

The national Army,however, admitted that soldiers had the rights to request for appropriate equipment to execute war against Boko Haram.

The Army also disclosed that the Federal Government was already processing the release of new war weapons to increase the number of the current ones in the Theartre of Operation.

As per owing any operational allowances, the Nigerian Army refuted the claims.