A Forum Of Bishops Under Fire For Organising Rally In Defence Of Pantami. Read More. 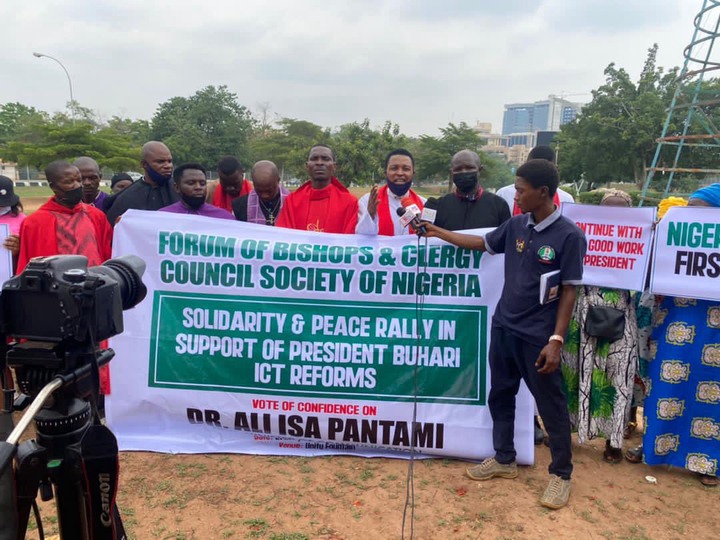 Accordimg to SaharaReporters, a group of Bishops and Clergy Council Society of Nigeria, organised a peace rally in defence of Isa Pantami, who is the Nigeria's Minister of Communications and Digital Economy, Isa Pantami. Mr. Pantami had been criticised by Nigerians for his comments in the past as he claimed that he was young when he made such comments but now he's mature. 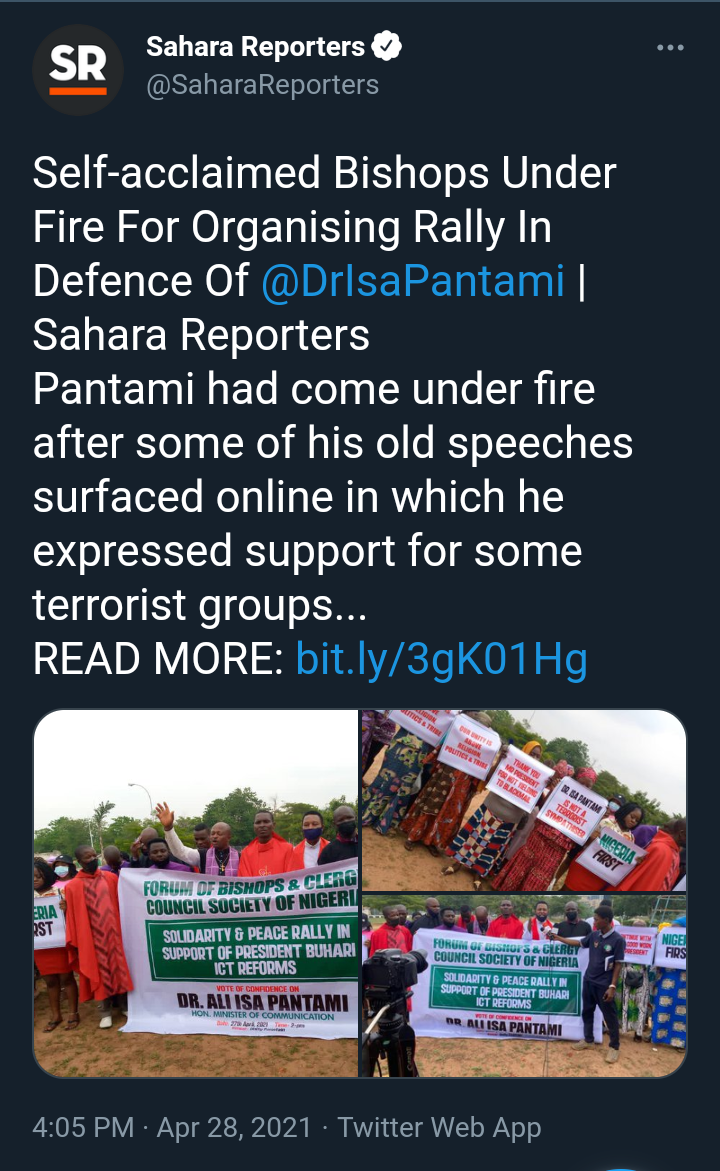 In some photos revealed by SaharaReporters, the members of the group had a banner which was written, “Solidarity and peace rally in support of President Buhari ICT reforms. Vote of confidence on Dr Ali Isa Pantami Honourable Minister of Communication. Venue: Unity Fountain.”

This shocking support of the clerics looks controversial as Pantami had been seriously criticized by Nigerians for his past comments which showed his support for terrorists group like Taliban and Al-Qaeda, as most people have asked for his sack and probing after being sacked. 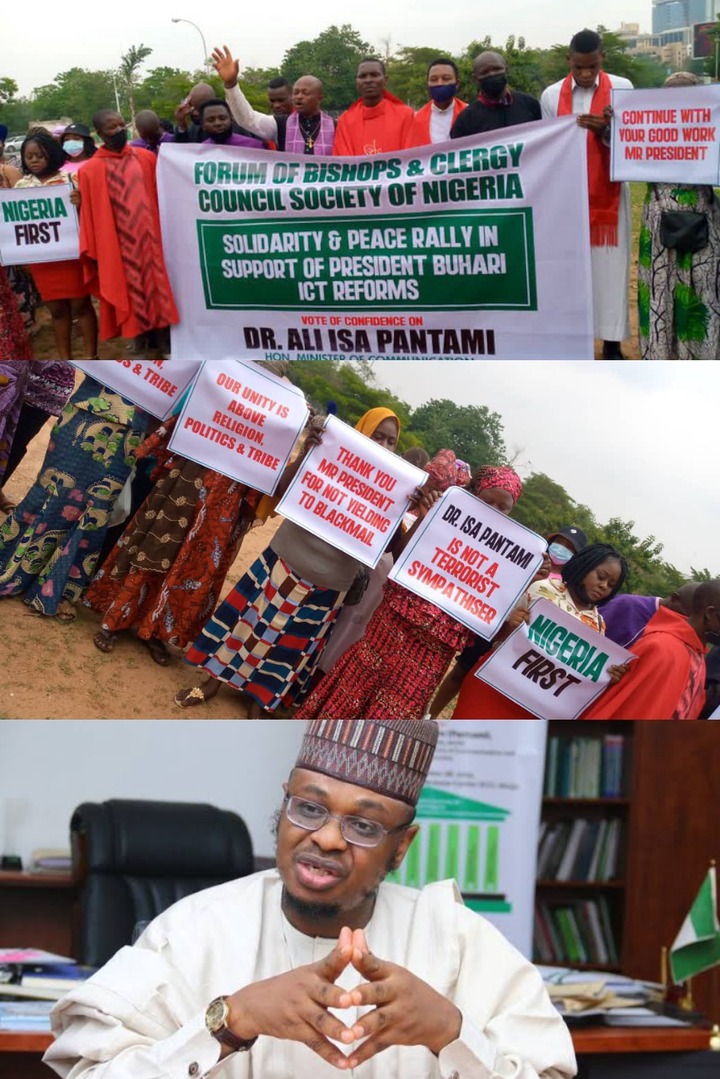 The Cleric group have their reasons for supporting Pantami, as they he has been a full support to them. In addition, were some women who were carrying playcards with different write-ups such;

"Continue with your good work Mr President', "Nigeria is first", Dr Isa Pantami is not a terrorist sympathiser', 'Thank you Mr President for not yielding to blackmail', 'Our unity is above religion, politics and tribe' among others. 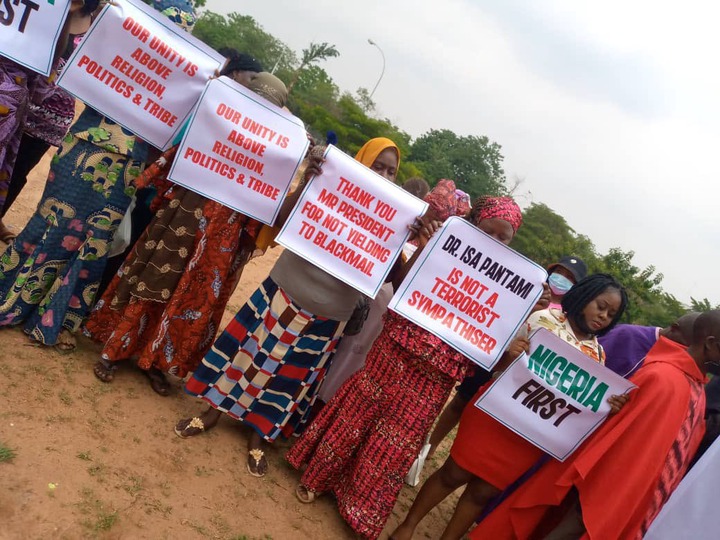 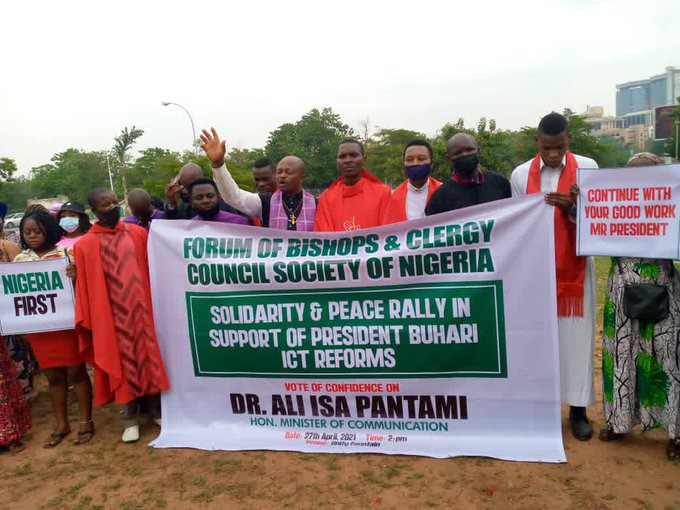 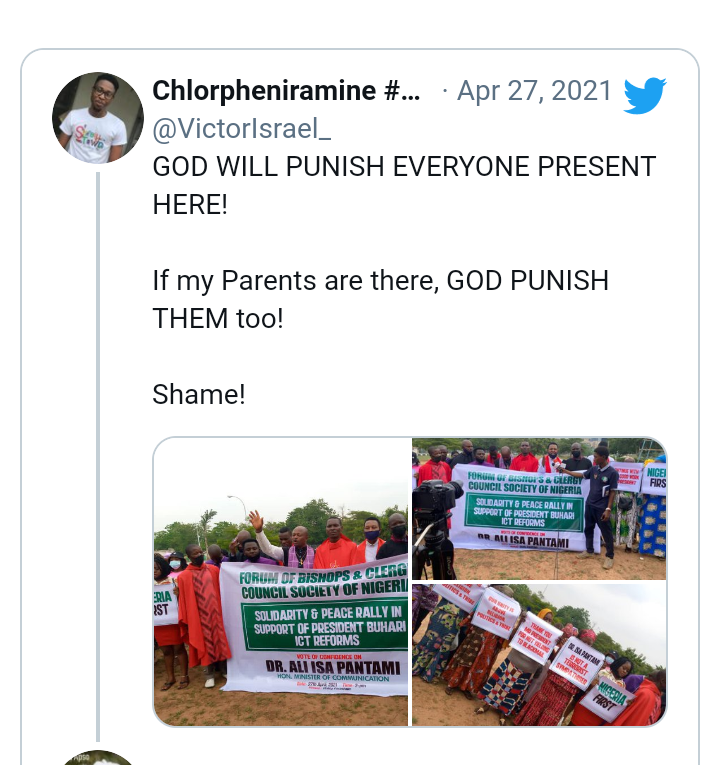 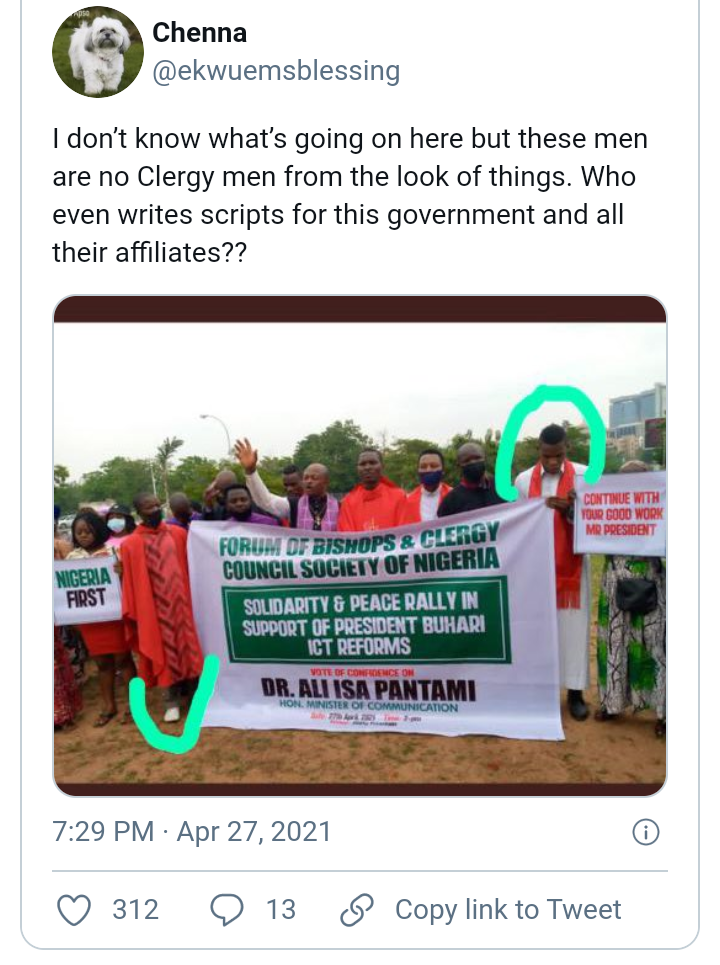 Only God Knows Why the Bishops would support Pantami?

Checkout What Adegunloye Said About Tinubu's Presidential Ambition In 2023