Barely months after the #EndSARS protest rocked various states in Nigeria especially the the southern part of the country to say no to police brutality and demand justice for victims of heinous crimes perpetrated by security men, the Oba of Lagos, Rilwan Akiolu has came out to disclose the amount that was stolen from his palace.

The monarch disclosed on Wednesday at a function where he spoke, Oba Akiolu said protesters who stormed his palace last year October stole $2million and N17million.

Whereas, what actually went viral during the sad incident was the staff of office of the monarch and footwear that were taking from the palace by those that hijacked the protest because the real protesters were in Lekki Toll Gate to register their displeasure to the ugly scenario. 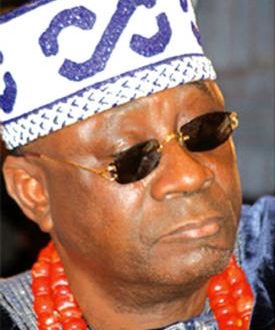 What amazes me is why did our monarch waited so long before coming out to disclose amount that was stolen from his palace almost 4 months after the ransacking of the palace.

One would have expected the Oba Akiolu to disclose the amount long before now since there was an assessment tour by the Lagos State government to assess the level of damage done to the palace in terms of properties destroyed and valuable carted away.

If truly the protesters stole huge amount of like that, how did they go about it that security operative were not able to track them?

Nigeria as a country has not really learn much lessons from the #EndSARS protest because the events that pushed young guys to the streets have not really been addressed in an holistic way.

If we don't pray for any protest of such nature again, the government must be proactive at all levels while the security operative must be effective in the discharge of their duties.

However, anyone involved in criminal activity should not be pardoned, the person should face law accordingly and get justice.

When did palace becomes a place to save huge amount of money?

'No Yoruba Indigene should be interested in National Census'- Koiki Olayomi

"Igboho, Kanu, Others Are Agitating Only For Financial Gains" -Presidency