By AnointedInk (self media writer) | 6 months ago

According to reports reaching us from a reliable source, it was gathered that three armed robbers were caught on Saturday in Umuna Orlu Local Government Area of the state, allegedly robbing some traders and were set ablaze by angry mod. 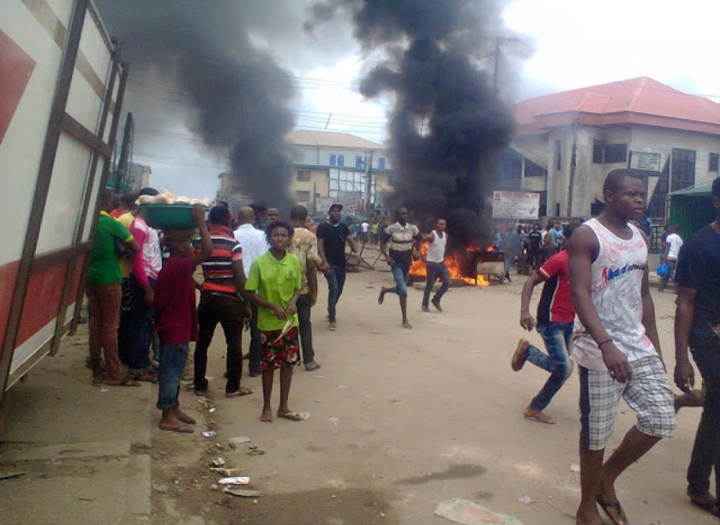 ( This image was used for illustrative purposes only)

It was reported " that they are the ones that have been terrorising the community using an unmarked motorcycle to rob innocent people, especially traders along Owerri Orlu Road in Imo.

”The robbers were beaten, tied and set ablaze before the Police patrol team arrived at the scene and efforts made to arrest the perpetrators proved abortive as they all ran away on sighting the Police.

However, The Commissioner of Police in Imo, Mr. Abutu Yaro has condemned the act, saying is against the law for anybody or a group of persons to carry out jungle justice against suspected criminals.

The Commissioner of Police in Imo, Mr. Abutu Yaro started that any criminal caught in violent crime should be taken to the police station for proper investigation and possible prosecution instead of taking the laws into their own hands.

Mr. Abutu Yaro made this known in a statement issued by the state Police Command’s Spokesman, CSP Mike Abattam, on Sunday in Owerri, the state capital.