By matthewtegha (self media writer) | 23 days ago

The Peoples Democratic Party in Plateau state has responded to the recent judgment in which Justice Yakubu Kunda of High Court 5 sitting in Jos has dismissed a suit filed before him by the Peoples Democratic Party (PDP) challenging the decision of the Plateau Independent Electoral Commission (PLASIEC) to exclude it from participating in the scheduled October 9, 2021 local government council polls.

The party through its State Publicity Secretary, John T Akans, described the Judgement as "the most ridiculous judgment in the history of the Nigerian judiciary"

John Akans said that it was disappointing and obvious that this judgment has unveiled the government's true self as an enemy of the people. It is indeed shameful that a judge could go down to such despicable levels to show his contempt for the people of Plateau State by a shocking attempt to demonize the cries of the people against injustice while seeking justice.

"In his judgment, the judge claimed that our case was based on the interpretation of a judgment of a court of coordinate jurisdiction and thus robbed him of jurisdiction to review or try. Notwithstanding he went ahead to wholesomely interpret and review, and also claimed that he could enforce the judgment by making far-reaching orders which none of the parties asked for, one of which is the order of justice Gang in Kaze's case and the parties were not even invited by Kunda to address him on those issues."

Akans said that this judgment can only be celebrated by those whose consciences are dead to the plight of the people and marooned in government house at the feet of the oppressors of their people in quest to please 'oga at the top' for their personal gain.

He went on to call on members of PDP across the state to remain calm as the arrangement has been made for an appeal to be filed immediately, which the legal team has commenced the process.

"The PDP will never allow anti-democratic forces in an open confrontation with norms and values of democracy, and at this time the people will not be the victims of those forces." He said

We will not allow this merchant of retrogression to succeed, as they only think of themselves and not the people.

Justice Kunda has clearly descended into the arena of the absurd and inflicted us with a grave travesty of justice.

The people have rejected the APC and its agents and so it stands, so no amount of intimidation can change the Peoples stand.

The election remains the only democratically available means of transition and changing an underperforming administration such as what we have on the plateau under Lalong. Akans said 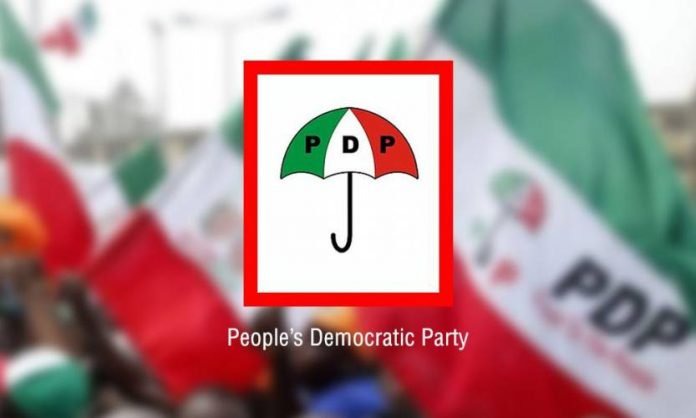