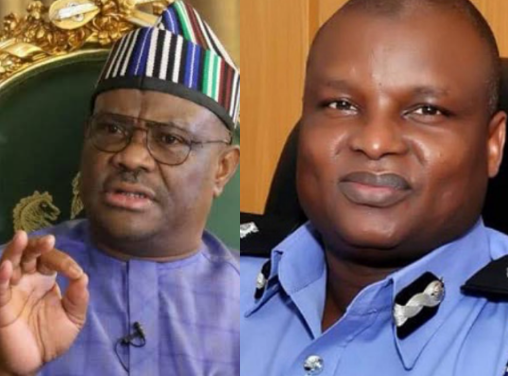 The Rivers government has approached the Supreme Court to challenge the Abuja Division of the Court of Appeal’s order preventing it from collecting VAT in the state. 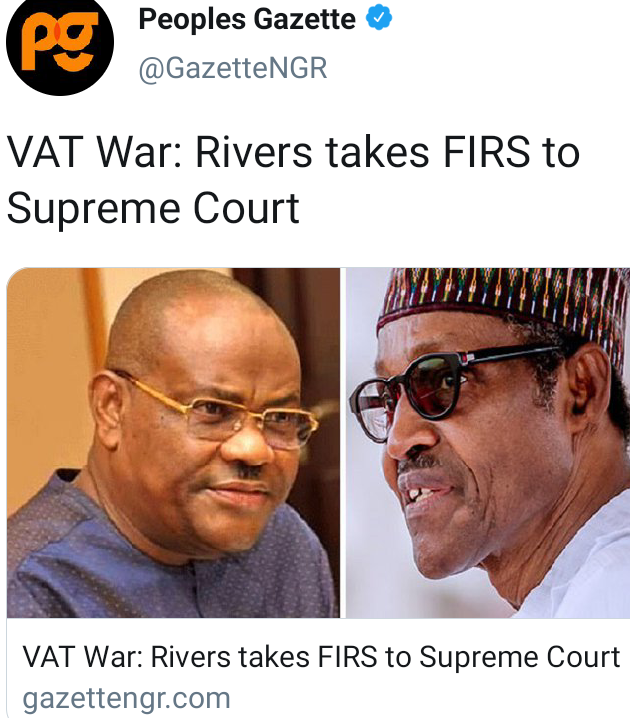 Rivers wants the Supreme Court to order that the substantive appeal by FIRS be heard and determined by a fresh panel of the Court of Appeal.

Abubakar Malami, the attorney general of the federation, was joined as a respondent in the suit. 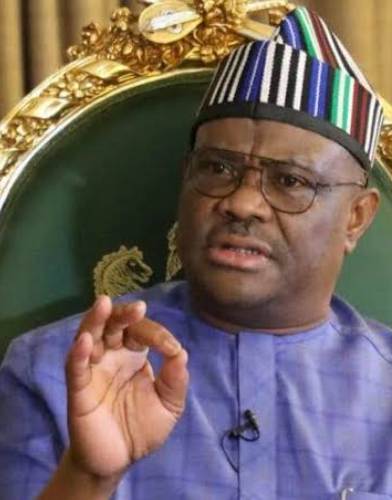 Rivers is also requesting the apex court to set aside the ruling made by the appellate court, which ordered the state to stop VAT collection pending the determination of an appeal filed by the FIRS.

On Friday, the court ordered the Rivers and Lagos authorities to stop collecting VAT pending determination of the application filed by the FIRS.

Police Affairs Minister, Muhammad Maigari Dingyadi said on Tuesday night that the final decision on request for extradition of suspended head of the Intelligence Response Team, DCP Abba Kyari to answer allegations of complicity in the $1.1million bribe fraud perpetrated by Ramon Abbas aka Hushpuppi, will be taken by President Muhammadu Buhari. 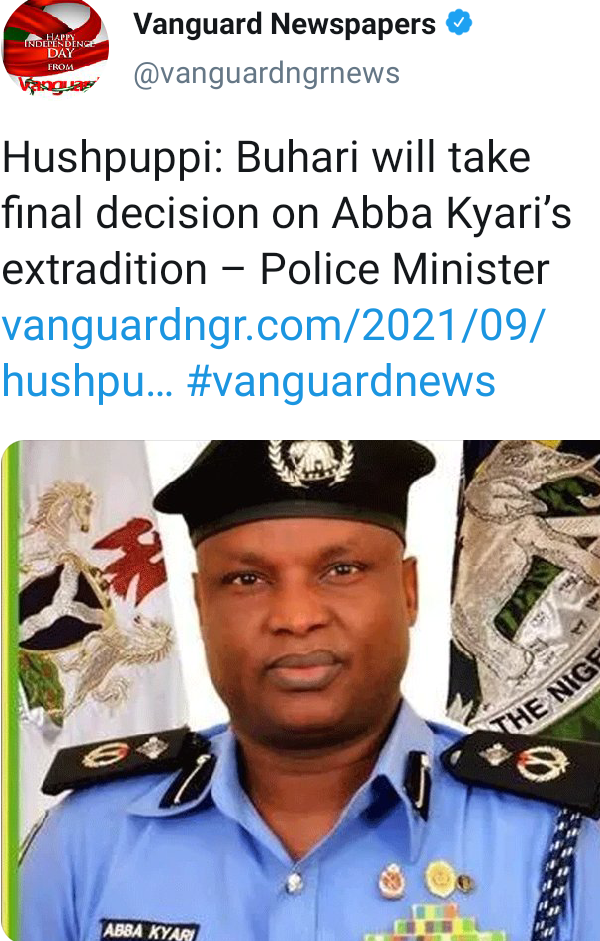 Speaking on the issue on a Channels Television Programme ‘ Politics Today’, Dingyadi said the Nigerian government is trying to ensure that due diligence is done on the matter because it has international connotations. 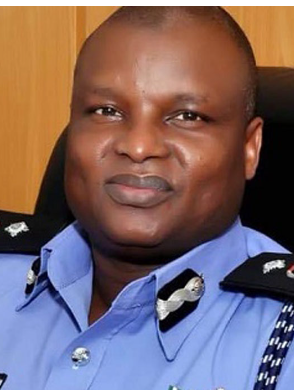 He said, “The issue of Abba Kyari has become a public domain and I think by now everybody has heard that the police in their very wisdom, in their usual way of becoming transparent and fair to all have set up a committee to investigate all these allegations”.

A popular Canadian comedian Norm MacDonald has died at 61 after a nine-year private battle with cancer, according to his family and representatives. 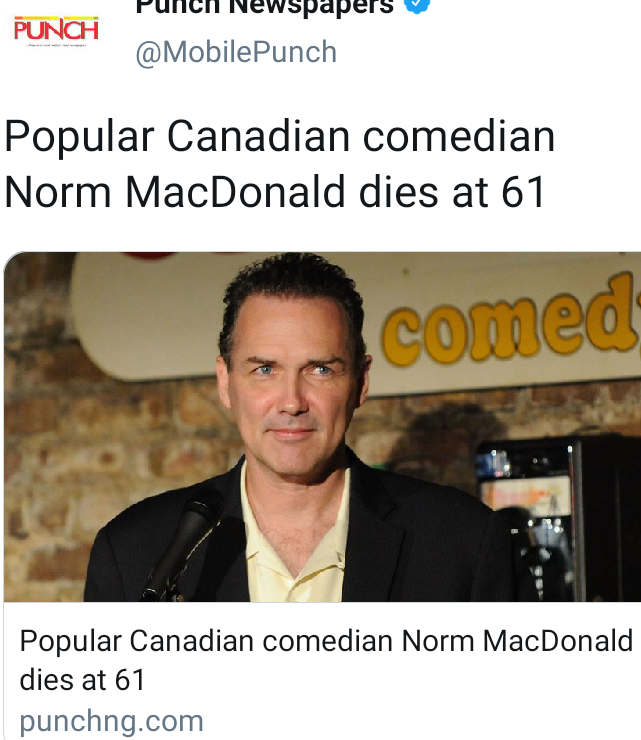 The Canadian comic was born in Quebec City in 1959 and got his start in Canadian clubs before moving to the US to pursue TV comedy writing, BBC reports.

He worked for the Roseanne programme before joining Saturday Night Live to host the news parody skit Weekend Update. Known for his dry delivery, MacDonald had fans in the US and worldwide.

A pressure group, New Nigerian Initiative (NNI), has called on the Edo State governor, Mr Godwin Obaseki, and the Edo State House of Assembly to quickly enact the anti-grazing law as directed by the 17 Southern Governors at the Asaba declaration in May,2021 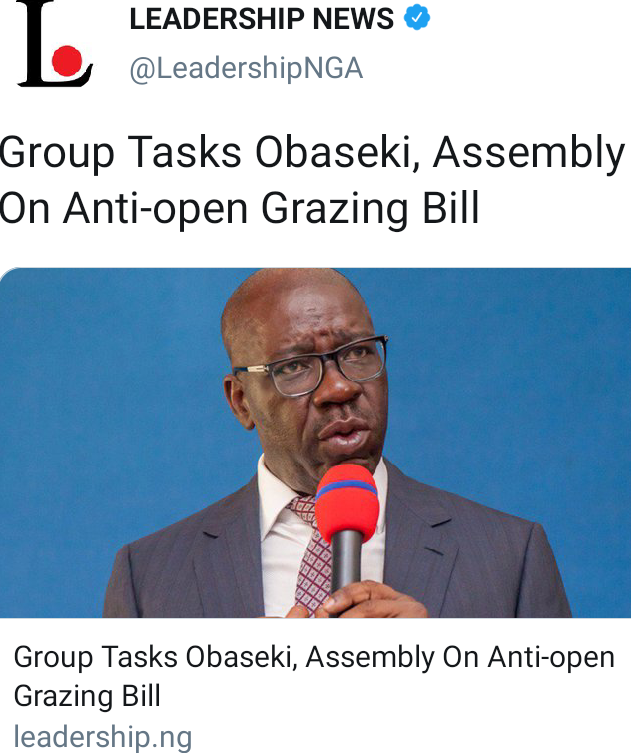 Speaking at the protest at Nigerian Union of Journalists, Edo State Council, the chairman of the group, Comrade Uwadiae Odigie said the unspeakable horror being perpetuated by Fulani herdsmen on peaceful and law abiding people of Edo State is no longer acceptable. 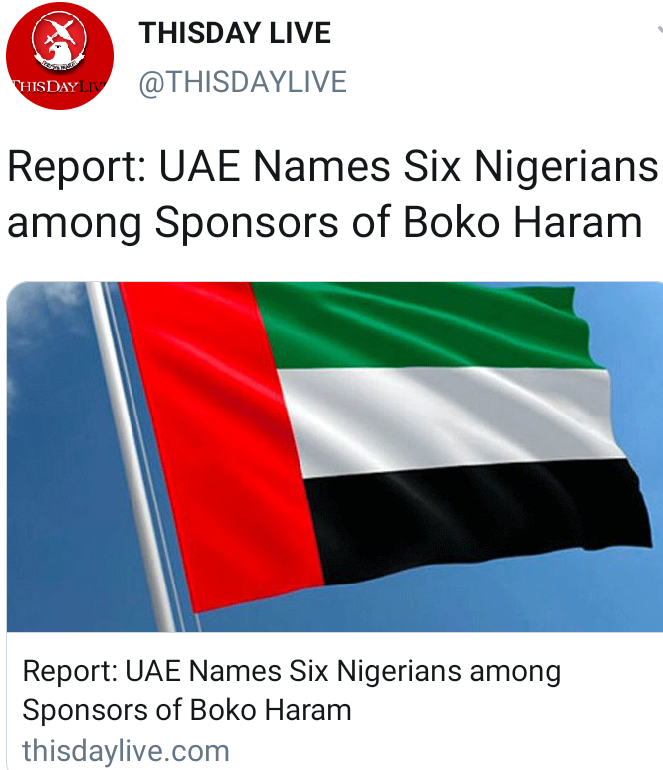 The Emirate made the announcement after a federal cabinet meeting in the capital, Abu Dhabi on Monday, a state-run WAM news agency disclosed.