According to Peoples Gazette, the Attorney General of the Federation (AGF), Abubakar Malami, has stated that the members of the outlawed Indigenous People of Biafra (IPOB), were responsible for the razing of the palace of Oba of Lagos, BRT buses and other government facilities during the EndSars protest last year, 2020. 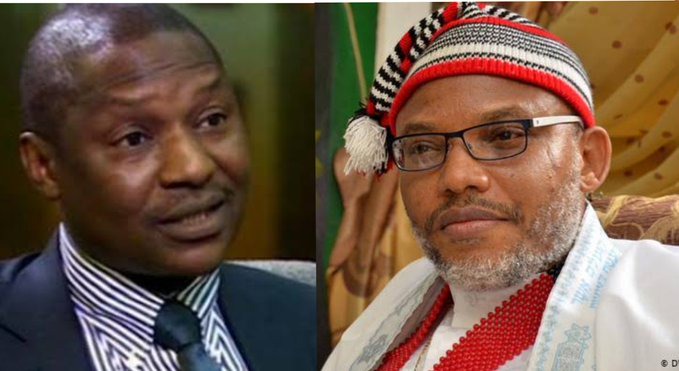 Speaking further, he explained that these attacks were birthed from their proscribed leader, Mazi Nnamdi Kanu, as his treasonous and disruptive statements on his online broadcasts, incited his followers to launch attacks on security agencies. You may not blame the AGF, for accusing the IPOB members of being responsible for the attack, considering their violent activities across the nation. 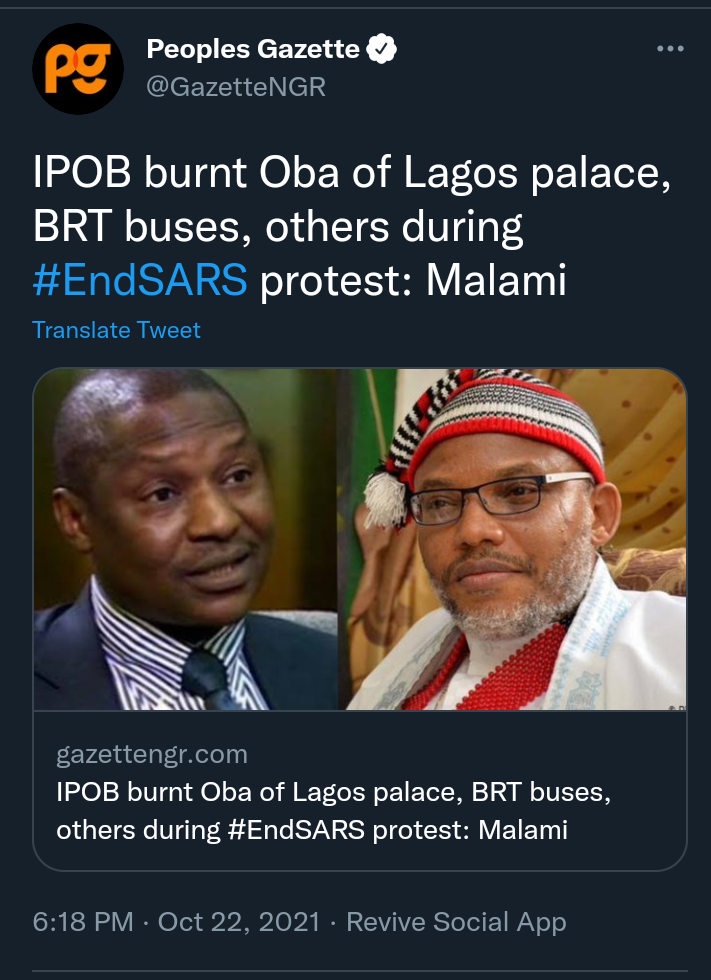 Here are some reasons why accusing IPOB of being guilty of the EndSars saga and the razing of the Oba of Lagos palace, might be controversial:

1.) Not all protesters were IPOB members: This will make it difficult to ascertain the real identities of the perpetrators because the great number of persons involved in the protest do not really validate that they were all IPOB members. As seen in news reports, various tribe and regions were present in the protest. 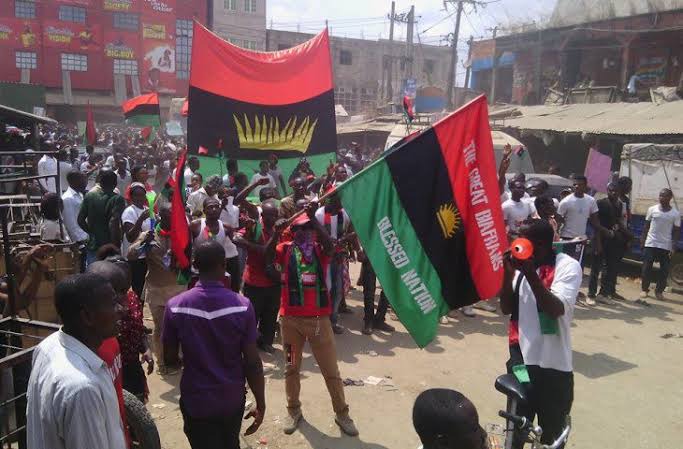 2.) The Southerners can't just watch citizens from other region destroy their facilities: Though It has been alleged that the IPOB members are responsible for the attrocities going on in the South-east region, they do not have the guts to exceed their boundaries with their violent activities as far as Razing the palace of the Oba of Lagos.

It's high time we stop attributing all the attrocities going on in the nation to IPOB members because it would make it difficult to differentiate the real Identities of these perpetrators.

As reader what do you have to say on this?