By S.Omowunmi (self media writer) | 1 month ago 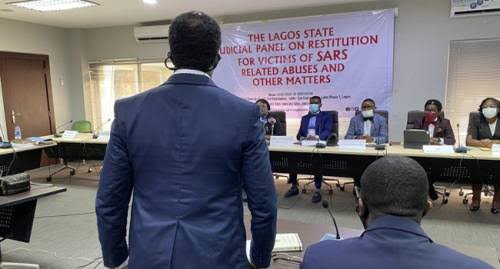 On Monday, N128.2 million was awarded as compensation to Lagos petitioners by The Lagos State Judicial Panel on Restitution for Victims of Special Anti Robbery Squad Related Abuses and other Matters.

This was disclosed by the Panel Head, Retired Justice Doris Okuwobi, at the Lagos Court of Arbitration at Lekki, Lagos

Retired Justice Okuwobi revealed that the N128.2 million compensations were awarded to 24 petitioners who were victims of police brutality as well as families of those killed by the Special Anti Robbery Squad (SARS).

She also disclosed that the panel has ended its sittings and that the panel will be submitting its report which will include its findings, recommendations to the Lagos State Government through the Ministry of Justice.

She added that the compensations were awarded according to how strong the petitions were and that the panel received a total number of 255 petitions from the public and only 252 petitions were considered for hearing. From the 252, only 182 were decided upon during its sittings and the remaining number was not treated due to time factors.

Content created and supplied by: S.Omowunmi (via Opera News )