By LagosWriter (self media writer) | 11 months ago 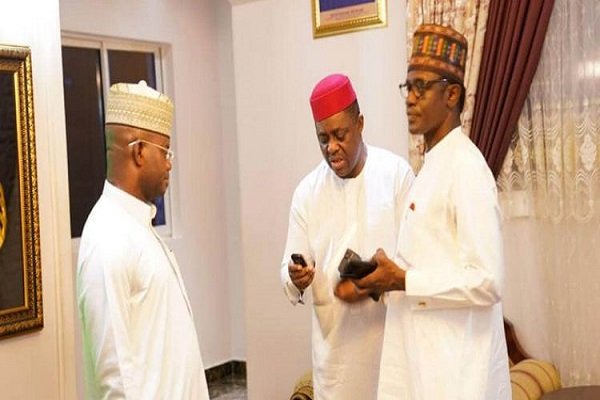 The Director-General of the Progressive Governor’s Forum (PGF), Salihu Moh Lukman, has said the rejection of former Minister of Aviation, Chief Femi Fani-Kayode, by members of the ruling All Progressives Congress (APC) from defecting to the party, despite meeting with the party leadership, is an attestation of the strong internal democratic culture of the party.

In a statement titled “APC, and the Question of Values” in Abuja on Friday, Lukman said the fact that members were able to reject Fani-Kayode’s attempt to join the party meant the APC has valuesm

He said, “The issue of Mr. Fani-Kayode’s drifted attempt to join the APC is a clear instance of attempts to manipulate some of our leaders into accepting membership of someone who ought not to have been considered a member of our party. If that was the case in the past, it is better late than never to correct such a mistake. 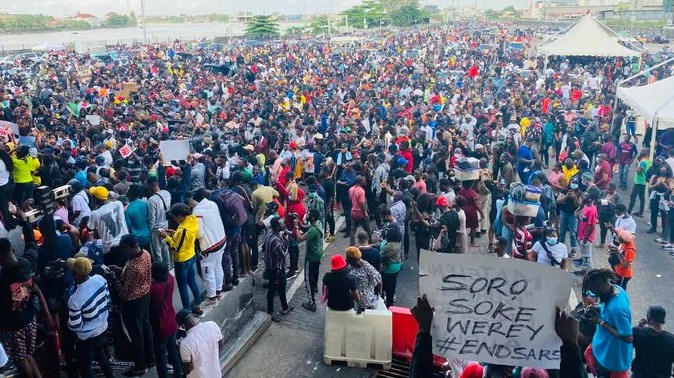 Global rights group, Amnesty International, has urged the Federal Government to protect the right of citizens to peaceful protest.

In a string of tweets, Amnesty also said security operatives must refrain from use of force on protesters like it had occurred last October during the #EndSARS protests against police brutality.

“Amnesty international is calling on all Nigerian authorities to demonstrate commitment to protect the right to peaceful protest. Previous attempts by security agents to repress peaceful protests have led to human rights violations and abuses. #LekkiTollGate.

“The Nigerian govt. must ensure that when protesters exercise their right to freedom of assembly, it must be without fear of harassment or attacks by hoodlums or others opposed to the protests. Security operatives must refrain from excessive use of force on protesters. #EndSARS.” 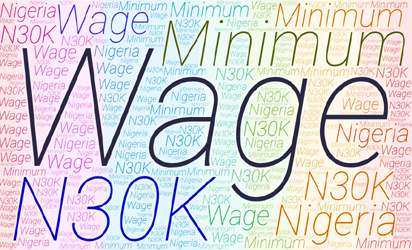 Imo and Rivers States yesterday said they have commenced payment of the N30,000 minumum wage to their workers.

In Imo, state commissioner for Information and Strategy, Declan Emelumba, confirmed this in a statement to newsmen in Owerri.

He said that the step was taken in fulfillment of the agreement it entered with the organized labour in the state.

Pointing out that, “Government was keeping its own side of the bargain with the organised labour through the payment of the new minimum wage. 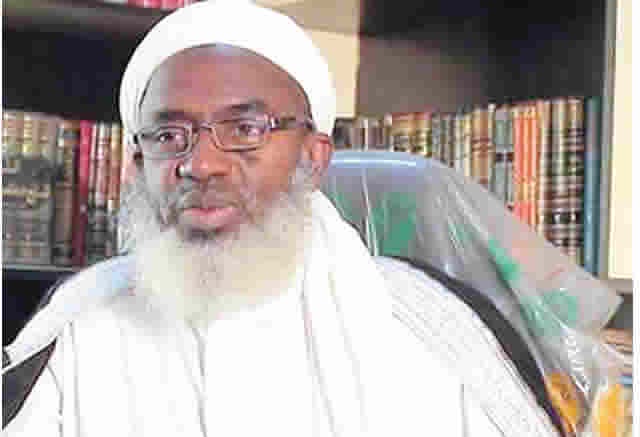 Influential Islamic cleric, Sheik Abubakar Gumi, has disclosed that bandits operating in the northern states forests are planning to acquire anti-aircraft missiles to repeal attacks by the military.

Gumi, who recently went into forests in Zamfara State, to discuss with the bandits who have killed and rendered many people homeless, said his interaction with the bandits showed that they engage in kidnapping and collection of ransom for the purpose of raising money to buy weapons.

Northern states have for long been under the siege of bandits who carry out relentless attacks on villagers, killing and maiming people, setting houses ablaze, and displacing villagers.

Only on February 6, bandits reportedly killed 18 persons in an evening attack on the Birnin Gwari community of Kaduna State.

Gumi on his return from the forest called on government to grant amnesty to the bandits so they could drop their weapons. 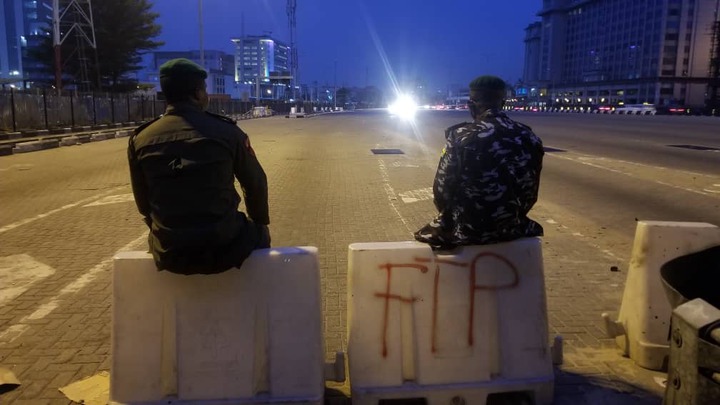 Ahead of today’s planned protest tagged #OccupyLekkiProtest at the Lekki tollgate in Lagos, the Federal Government has deployed policemen and over 150 men of the Nigeria Security and Civil Defence Corps to maintain law and order and possibly stop the protest.

This is as some people under the aegis of #DefendLagos have also vowed to organise a counter-march against the #OccupyLekkiProtest demonstrators.

The Federal Government and the police had earlier warned youths who planned to protest at the Lekki tollgate on Saturday (today) to have a rethink and shelve the protests.

But the young Nigerians, under the aegis of #EndSARS Season 2, vowed to defy the government’s order.

They said their action was informed by the decision of the Lagos State Judicial Panel of Inquiry allowing the Lekki Concession Company to reopen the Lekki tollgate.

6. Sanusi Was Deposed For Not Watching His Tongue, Destroying Institutions – Ganduje 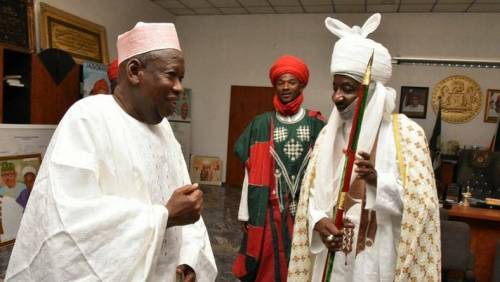 Governor of Kano State, Abdullahi Ganduje, said the former Emir of Kano, Muhammad Sanusi, was ousted on Friday because he did not understand the responsibilities of a traditional ruler.

Six years after ascending the throne, Sanusi was dethroned in March 2020 by the state government, "to safeguard the sanctity, culture, tradition, religion and prestige of the Kano Emirate built over a thousand years."

The governor said, "The real story was that the deposed emir of Kano did not understand the responsibilities of a traditional ruler, especially for a vital institution like that of Kano.

"The emir of Kano was a social critic, a celebrated social critic and there was nothing wrong with that because he is an educated person; there is freedom of speech."

Ganduje noted that as deputy to former Governor Rabiu Kwankwaso, Sanusi was an executive director in a bank. 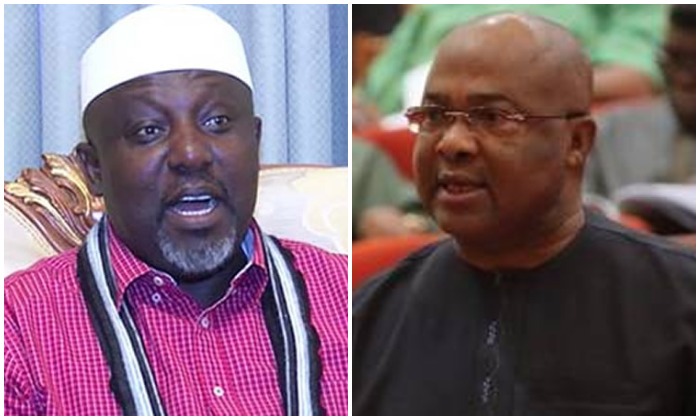 A former governor of Imo State, Rochas Okorocha, on Friday said the state government has no legal right to take over the Eastern Palm University, Ogboko, owned by Rochas Foundation.

The state Commissioner for Information and Strategy, Declan Emelumba, had announced that the state executive council had adopted the White Paper recommending that the university, which he claimed was built with the resources of the state, be retrieved from Okorocha who is now representing Imo West in the Senate.

But Okorocha, in a statement by his spokesperson, Sam Onwuemeodo, in Owerri, the state capital, said the state government had no legal right to announce the recovery of the institution from the trustees of Rochas Foundation.

He advised the state government to wait for the outcome of a suit it filed challenging the ownership status of the institution.

However, Emelumba said there was no going back on the recovery process. 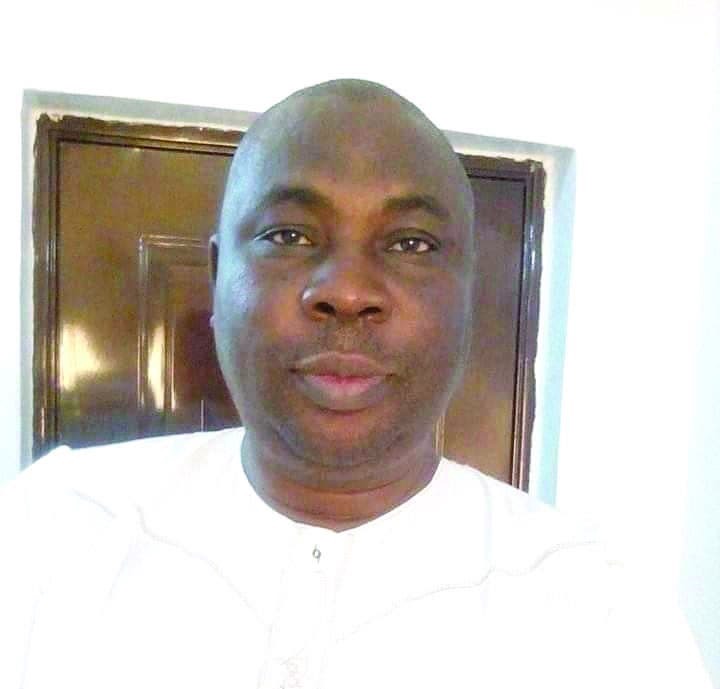 Chief Kamorudeen Okikiola is the President-General of Agbekoya Farmers Association. In this interview, he opines that marauding herdsmen perpetuating crime in the South-West have godfathers, who purchase arms and ammunition for them.

He also states that his group will wade off every expansionist tendency of the killer herdsmen. He speaks on other burning issues affecting the South-West. Excerpts:

You recently raised the alarm that criminal herdsmen have begun guerilla warfare in the South-West. What informed your remarks?

Some factors, events and incidents informed my remarks especially the spate of kidnappings and killings of farmers and innocent Yoruba sons and daughters by Fulani criminal herdsmen and bandits. Over 4,000 farmers and innocent citizens have been killed in the South-West since the year 2015, without any arrest and prosecution. 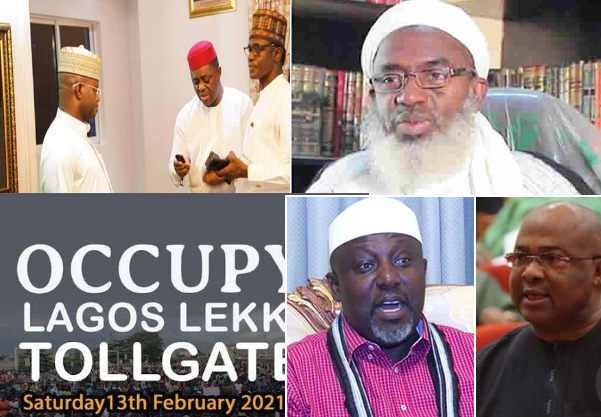