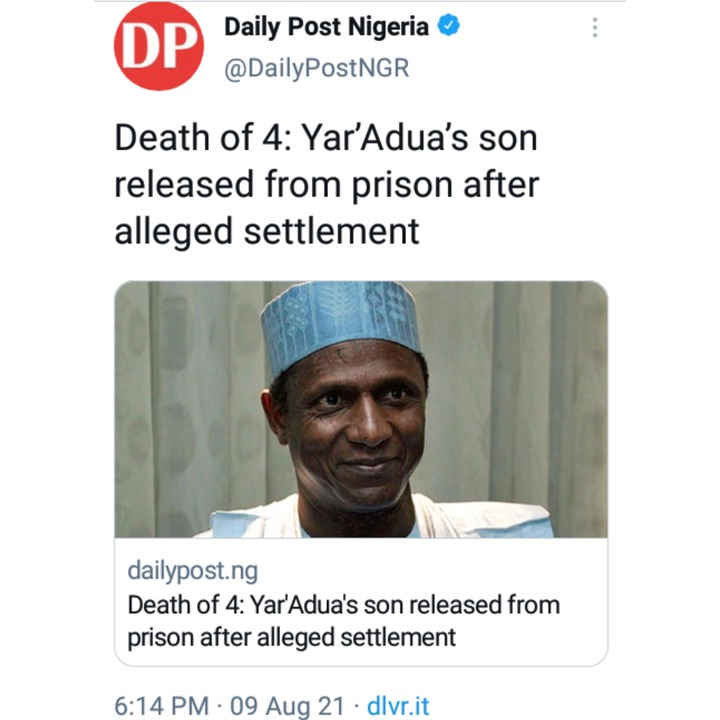 We could recall that the son of the late President Umaru Yar’Adua, Aminu, was detained last week over the killing of four people in a car accident, has now been released.

His case was remanded in the Magistrate Court in Yola last Thursday in which he pleaded not guilty, and the case was adjourned till 19th August 2021.

But sources from DAILY POST say he was released after compensating the family of the victims. 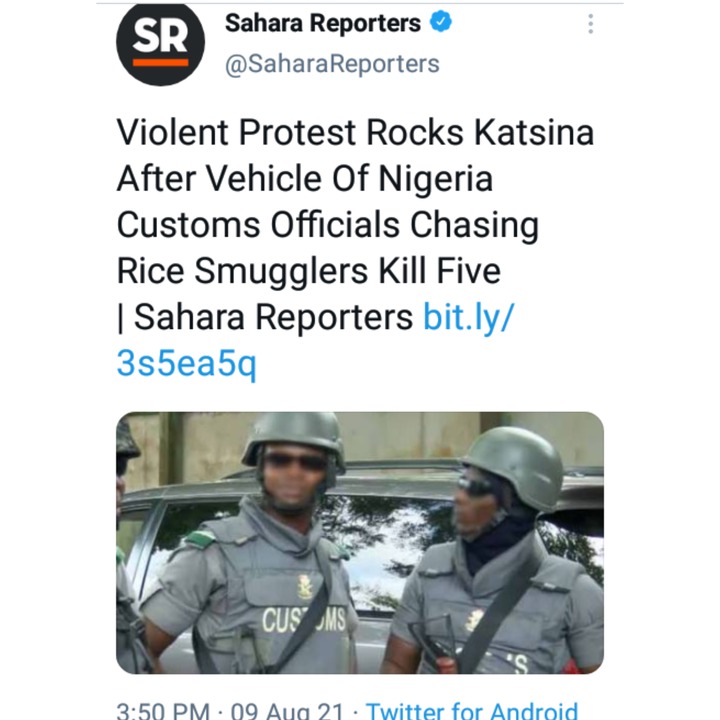 Reports say that five people have been killed in Jibia, Katsina State after a vehicle belonging to the Nigeria Customs Service rammed into a gathering after chasing some rice smugglers.

This was due to them driving at high speeds that caused the incident, many other victims reportedly sustained injuries from the accident and are currently receiving treatment.

Consequently, a violent protest broke out on Monday in the area as the residents vandalised the officers vehicle.

Gunmen abduct another in Ekiti 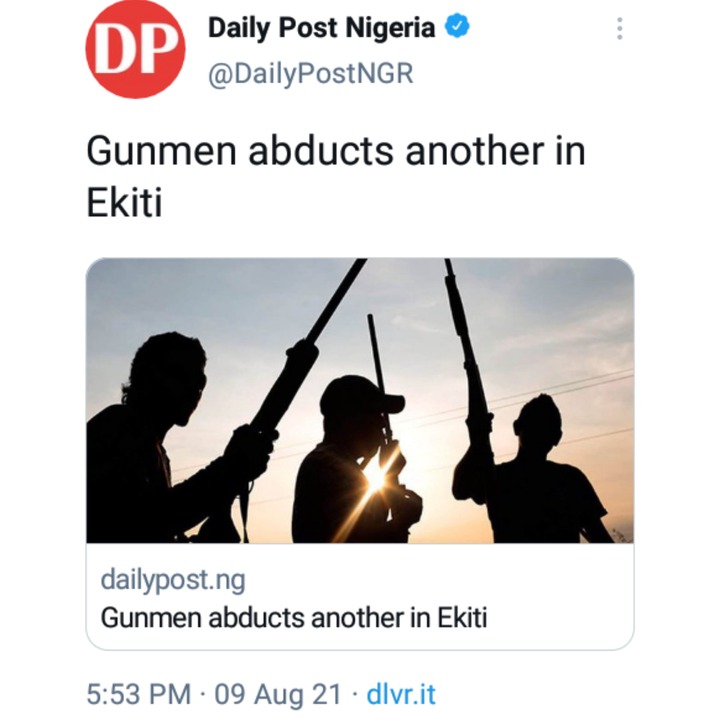 Reports confirmed by the Police Public Relations Officer, Ekiti Command, say that a farmer named Suyi Bamisaye has been kidnapped by gunmen in the Ikole area of Ekiti State.

The family said he went to his farm around 6 PM until they received a call from someone demanding five million naira ransom around 8 PM.

The police say they will make sure to rescue the kidnapped victim.