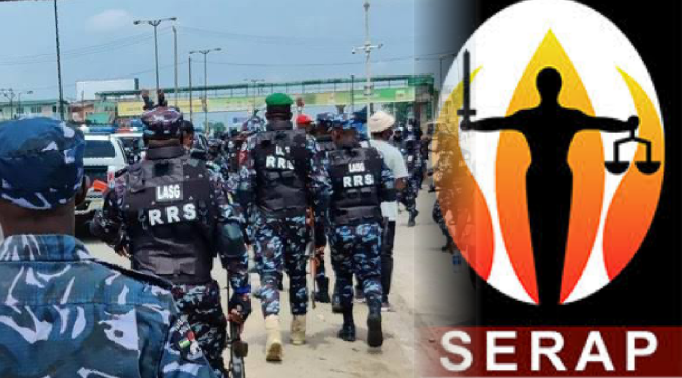 Police on Wednesday fired teargas at the Lekki tollgate to disperse protesters.

This led to some of the protesters running helter-skelter.

The youths had converged on the Lekki tollgate to mark the first anniversary of #EndSARS in the country. 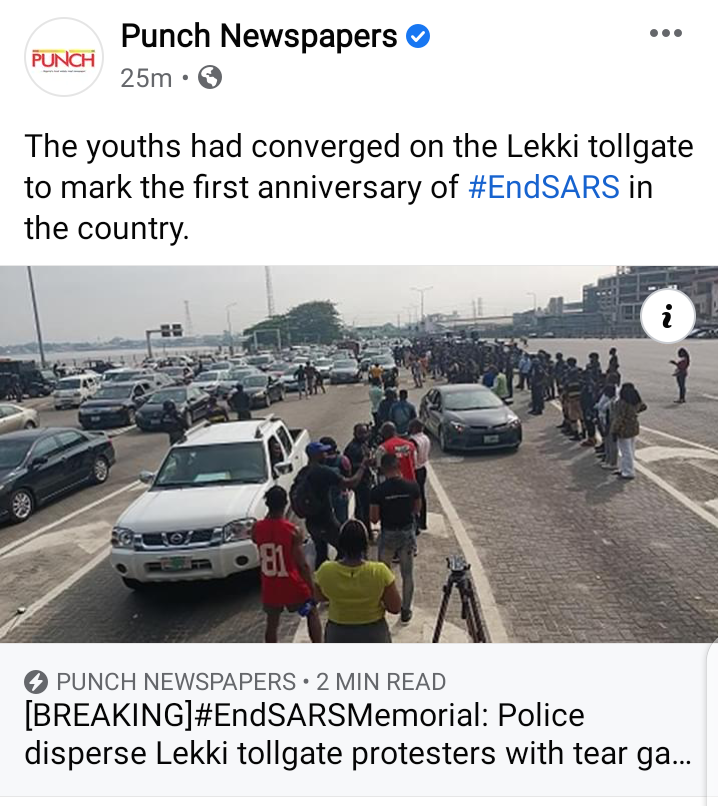 One of those arrested claimed to be a journalist while the other was seen carrying a placard.

About 30 police trucks and armed personnel are currently at the tollgate to enforce a ban on protests issued by the police command.

#EndSARSMemorial: SERAP calls for immediate release of detained journalist, others in Lagos

The group, Socio-Economic Rights and Accountability Project has called on the Nigerian Police Force to release a journalist and other protesters who were arrested at the Lekki Tollgate on Wednesday.

In a statement via its official Twitter handle, SERAP called on the authorities to release those being held while noting that they had the right to protest. 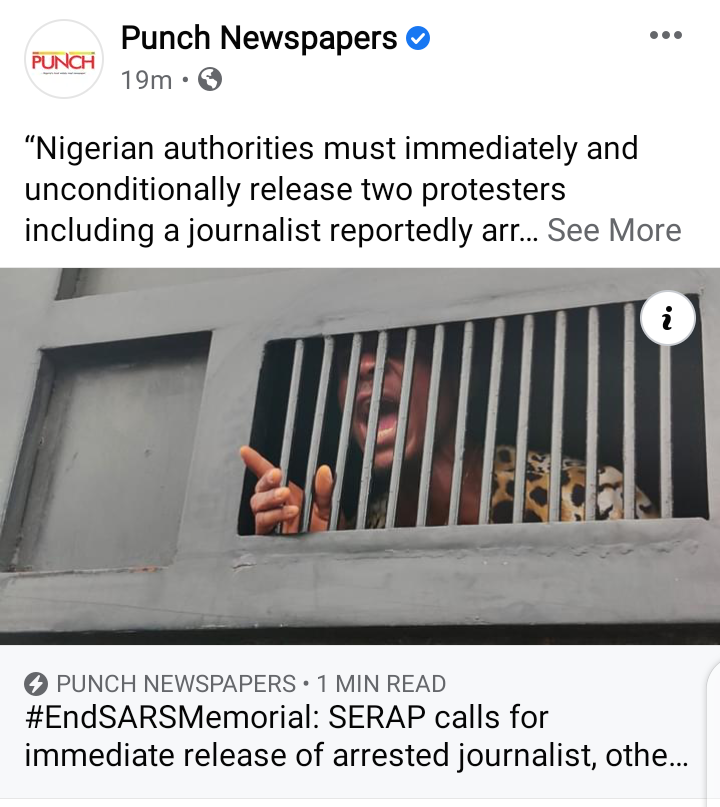 The statement reads, “Nigerian authorities must immediately and unconditionally release two protesters including a journalist reportedly arrested this morning by the Lagos State Police Command at the Lekki tollgate where the #EndSARSMemorial protest is scheduled to hold. Protest is a right.”

The protesters came out in a car procession to the Lekki toll gate to commemorate the alleged killings of Nigerians on the same day last year. However, men of the Nigerian Police have been arresting harmless protesters.

Strike threat: NNPC to spend N621bn on rehabilitation of 16 roads

The Nigerian National Petroleum Corporation has committed to spend N621bn on road rehabilitation, following the suspension of the planned strike by the National Union of Petroleum and Natural Gas Workers, our correspondent gathered on Tuesday.

The PUNCH had recently reported that NUPENG threatened its petroleum tanker drivers would commence a strike on October 11 over the deplorable state of the nation’s highways and other issues. 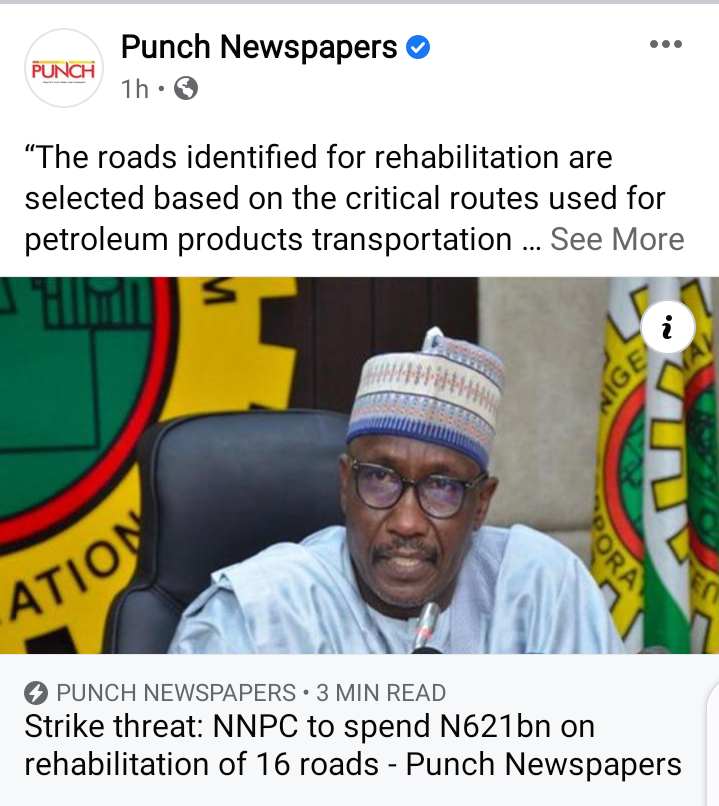 But the planned strike was later suspended after the union and the management of the NNPC reached an understanding at a meeting held in Ibadan, Oyo State on October 10.

The union said it would not hesitate to embark on the strike without any notice if the understanding reached in the meeting was not fully implemented within the timeframe agreed.

Governor Nasir Ahmad el-Rufa’i has warned that strict compliance of COVID-19 protocols, like wearing face masks and vaccination as from October 31, 2021, will be enforced as steps taken to curtail the spread of the pandemic in the state.

The government added that the Ministry of Health has since commenced the vaccination of all civil servants, saying that it is expected to be completed by October 31, 2021. 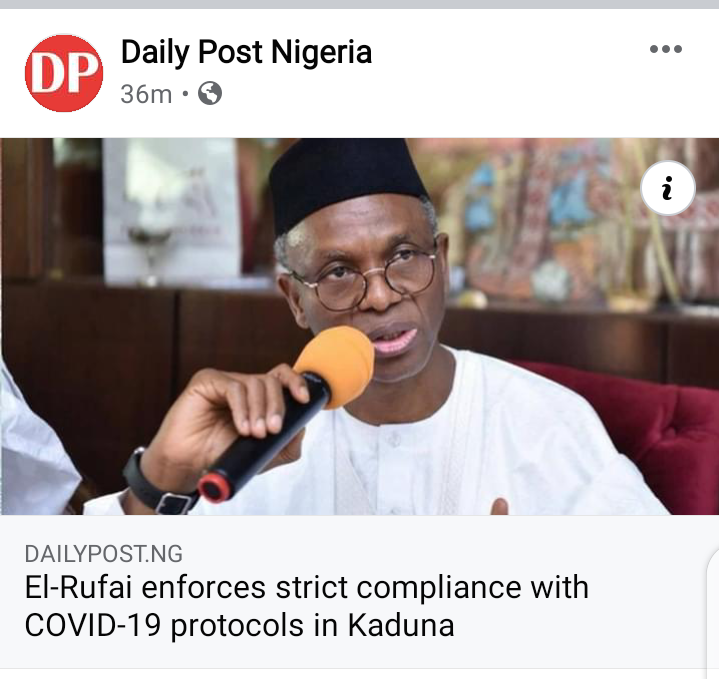 In a statement issued by the governor’s Special Adviser on Media and Communication, Mr Muyiwa Adekeye, the government said that visitors to government offices will need to present their vaccination cards.

The statement emphasized, “Given the limited supply of vaccines that are currently available, visitors that have not yet been vaccinated will in the interim be permitted entry upon presentation of evidence of registration with the state Ministry of Health for the purpose of vaccination.”