Nigerian youths stormed the Lekki toll gate in Lagos, to mark the first anniversary of the Endsars protest.

The police said they would not allow protesters to gather there so as to prevent hoodlums from hijacking their protests. Despite the heavy presence of the police, youths still stormed the scene to carry out the protest peacefully.

While the protesters were protesting, a young man decided to carry out his own protest in a not so peaceful manner.

He was dressed in a jean trouser and a multi-coloured long sleeve shirt, as he was seen with a cutlass.

Daily trust reported that the man was immediately arrested. 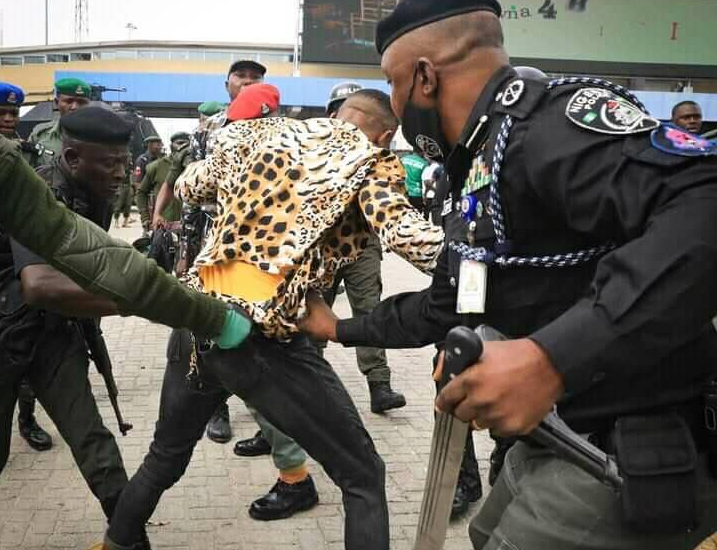 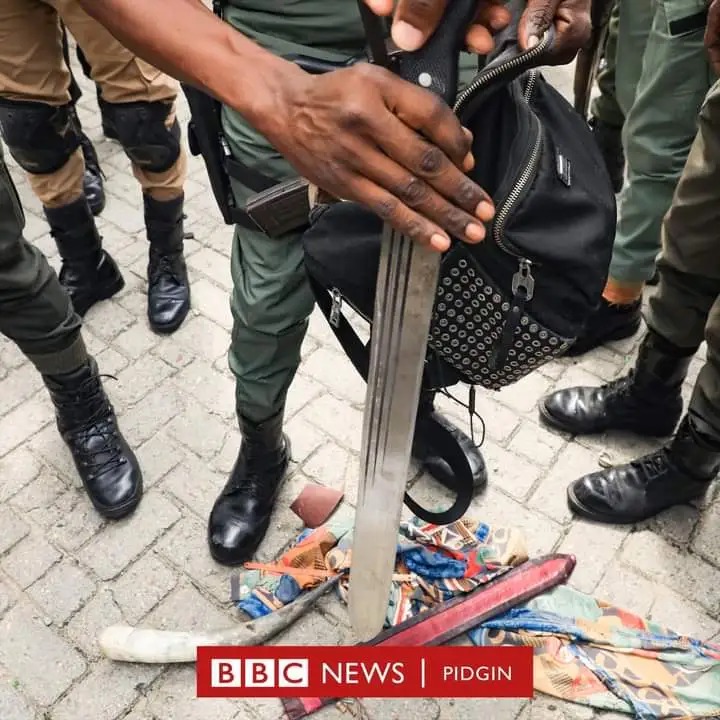 The police were right to have arrested man who protested with a cutlass, this is because, unlike the several other peaceful protesters, this particular protester was a threat for bringing along a cutlass to the protest ground.

The protest was only a memorial of those who lost their lives during the Endsars, it was clearly a peaceful protest, there was no need of bringing weapons to the protest ground.

The organisers of the protest could have strictly warned protesters not to come along with anything that may serve as a threat. 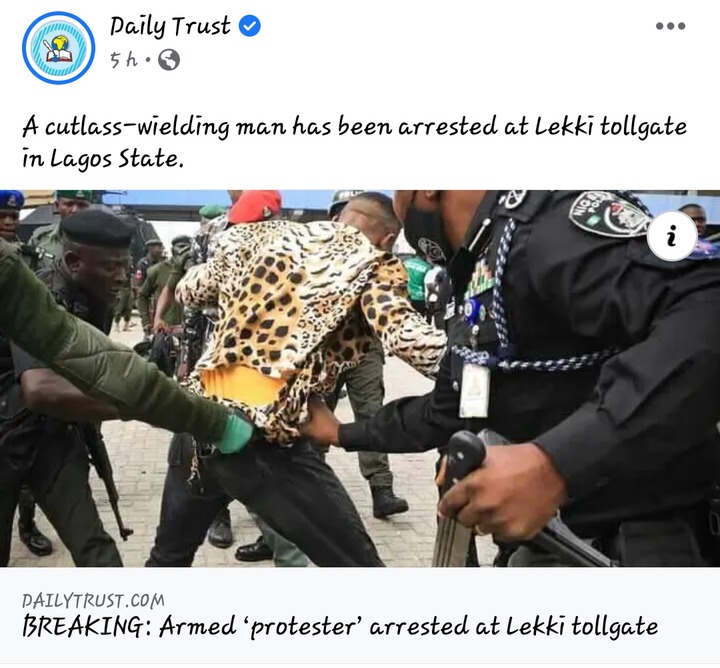