Three persons were crushed to death by a truck at the Total Garden area of Ibadan, the Oyo State capital. 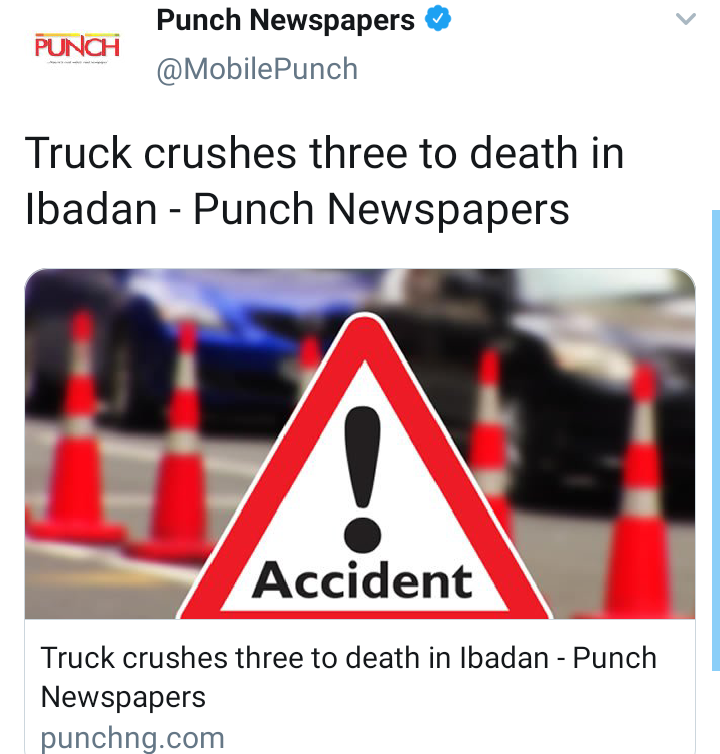 Our correspondent gathered that the incident happened on Wednesday morning.

Some residents told our correspondent that the dead victims were on the same motorcycle and that the Okada rider was trying to overtake the truck when the accident happened. 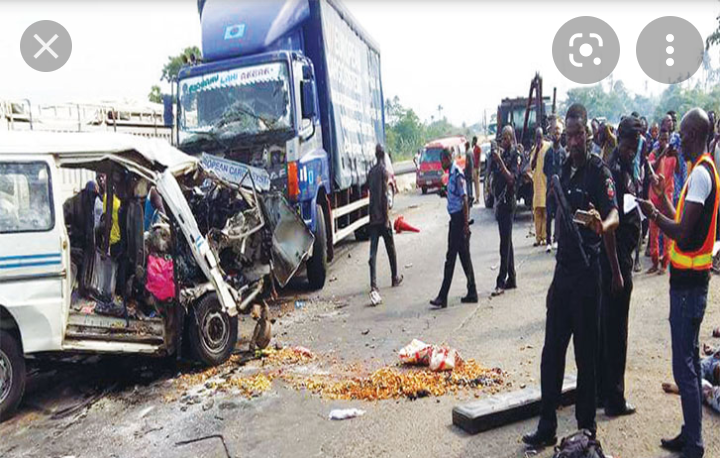 A man, who claimed to have witnessed the accident, Yinka said the accident was not the fault of the motorcyclist.

Justice Imyang Ekwo of the Federal High Court, Abuja has fixed July 2, 2021, for the adoption of all the processes filed in the suit by former Abia State governor and Senate Chief Whip, Orji Uzor Kalu. 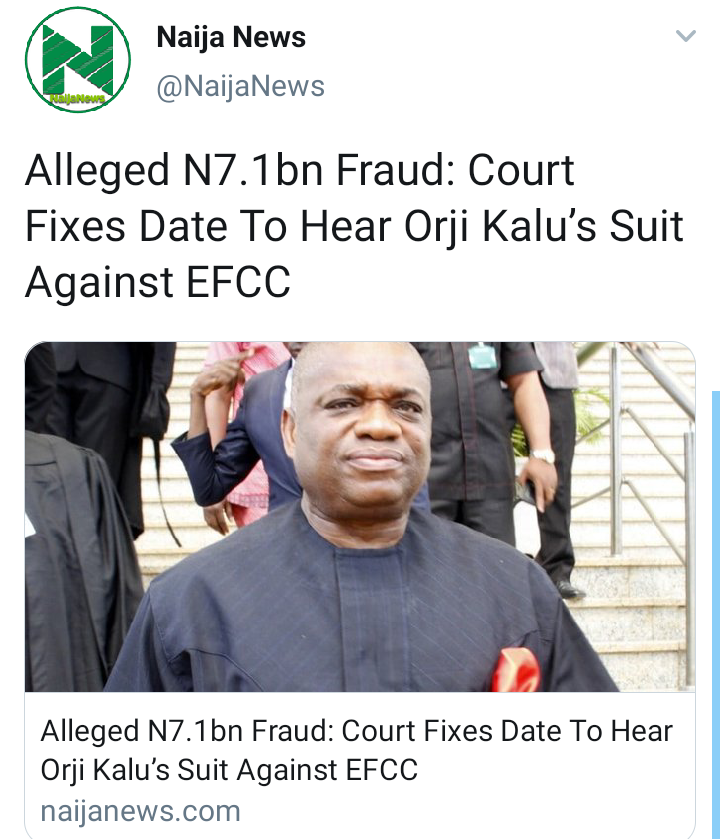 The former governor had filed a suit challenging his retrial by the Economic and Financial Crimes Commission (EFCC) on alleged money laundering charges.

Justice Ekwo who gave the date on Wednesday, after the counsel in the suit, Prof. Awa Kalu (SAN) for Senator Kalu, Oluwaleke Atolagbe for the EFCC, George Ukaegbu appeared for Udeh Jones (2nd respondent) and K. C Nwafor for Slok Nigeria Ltd (3rd respondent), respectively told the court that they have all filed and exchanged their processes. 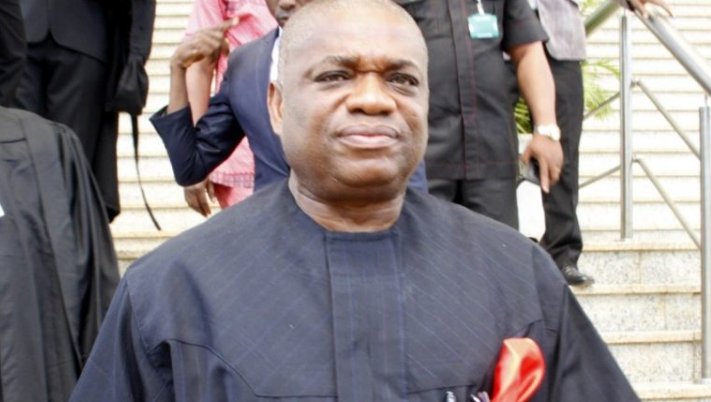 Kalu is asking the court in his suit filed through his counsel, Prof. Awa Kalu (SAN), for an order prohibiting the EFCC from retrying him on the same alleged money laundering charges for which he had been tried, convicted and sentenced by justice M.B. Idris of the Lagos Division of the court.

Ahmad Lawan, President of the Senate, on Wednesday said the National Assembly Complex is overdue for rehabilitation. 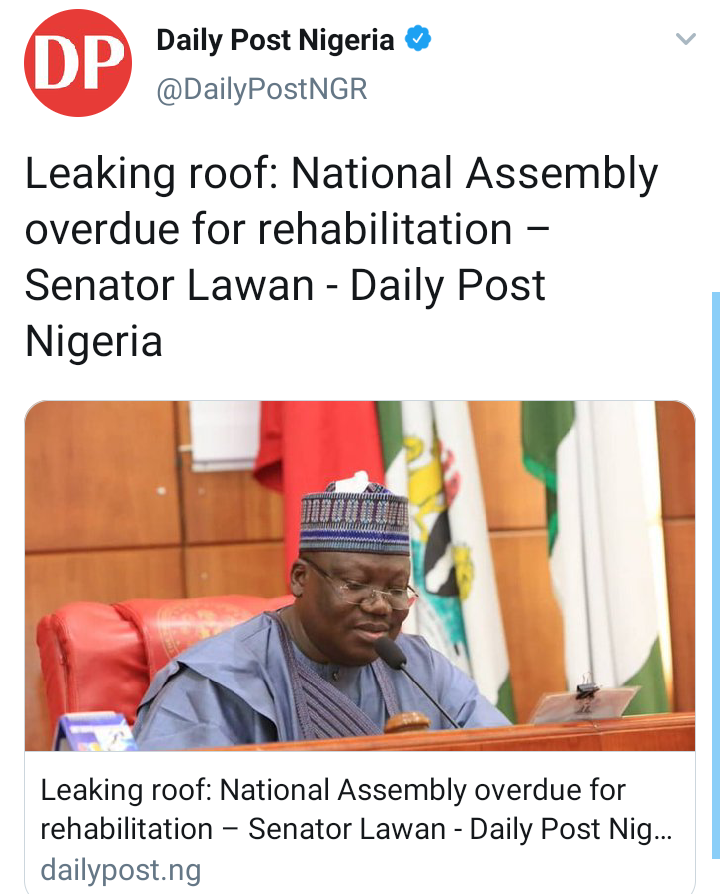 Lawan made the comments after a point of order moved by Senator Aliyu Sabi Abdullahi, the Deputy Chief Whip of the Senate.

Abdullahi had complained on Tuesday that some media reports about the leakage and flooding of the chambers due to a heavy downpour were full of inaccuracies and therefore impugned the integrity of lawmakers.

The Senate lobby of the National Assembly complex on Tuesday was flooded with water as cleaners battled to stop the water from seeping into the chambers.

The water which had leaked directly from the damaged roof during the rain had Senators coming into the Chambers around 11.00 am, wondering where such an amount of water was coming from.

The maintenance of the National Assembly complex is the function of the Federal Capital Territory Administration (FCTA).

The Industrial Training Fund says it has trained a total of 25 million Nigerians on various skill acquisition programmes since it was established in 1971. 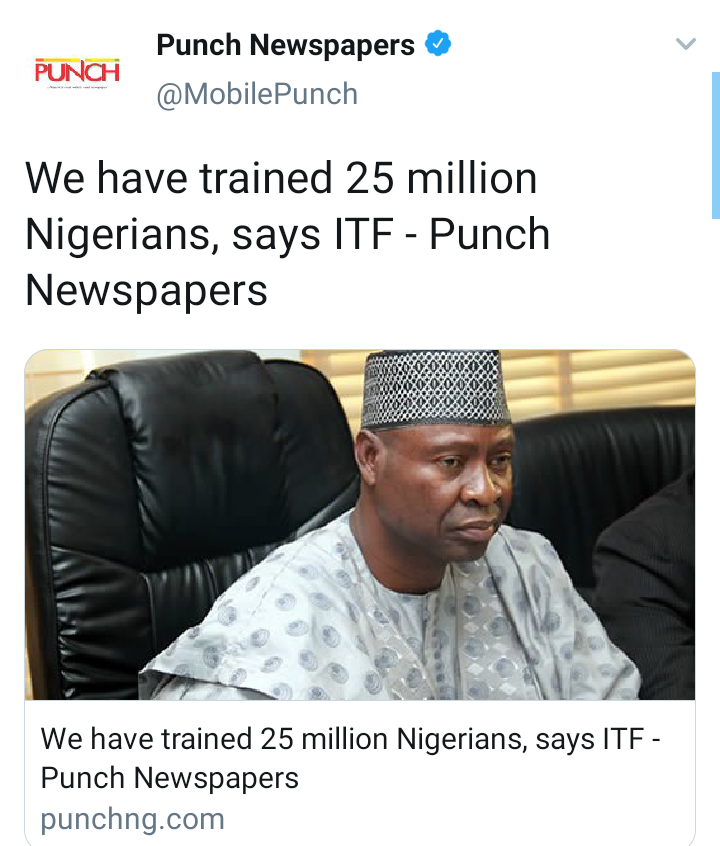 The House of Representatives Committee on Industry applauded the ITF for empowering Nigerians through various skill acquisition programmes, which are aimed at self-reliance and poverty reduction in the country.

They gave the commendation in Jos when the Chairman of the Committee, Enitan Badru, led other members on an oversight function at the ITF recently.

The Director General, ITF, Mr Joseph Ari, during the visit, said since the inception of the incumbent management in the ITF in 2016, its commitment to equipping Nigerians with technical skills for employability and entrepreneurship had not waned.

The Minister of Niger Delta Affairs, Senator Godswill Akpabio, says Nigeria cannot afford another form of crisis in the South South geo-political zone as being currently witnessed in some regions in the country. 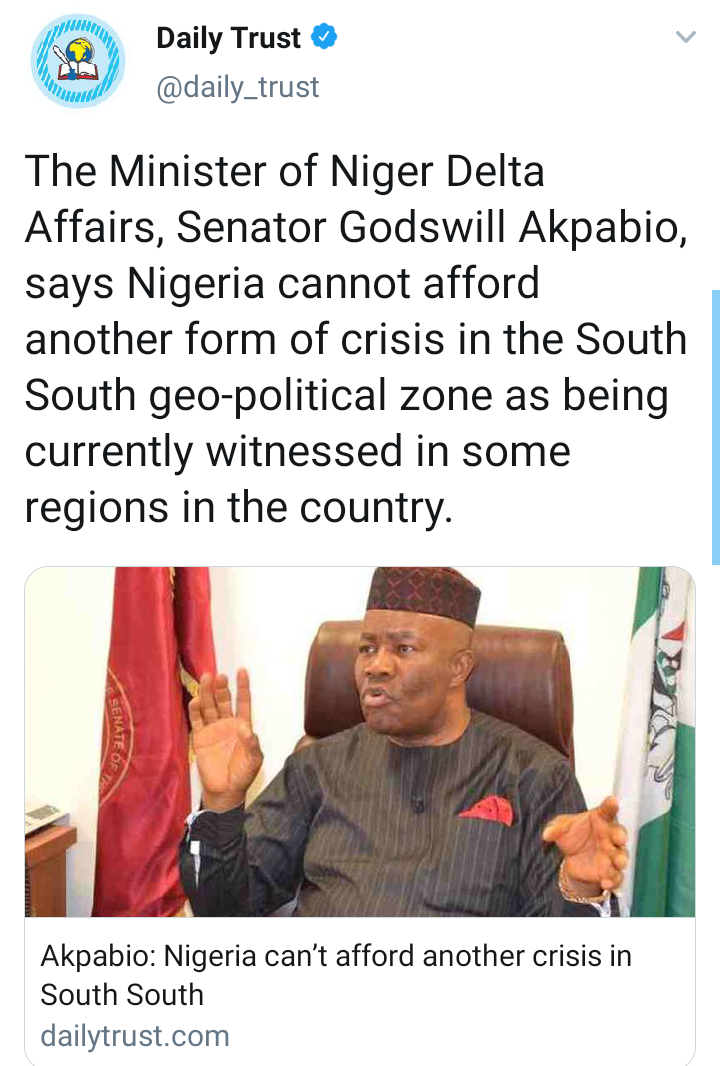 Akpabio said this Tuesday night while fielding questions from State House reporters after a meeting with the Chief of Staff to the President, Professor Ibrahim Gambari, at the Presidential Villa, Abuja.

The minister, while reacting to a question on his peace mission with some stakeholders in the South-South over the ultimatum to reconstitute the board of the Niger Delta Development Commission (NDDC), said he met with ex-agitators in the region for the sake of preserving the economic backbone of the country.

Akpabio, who said the meeting was a way of calming tension, advised political leaders in other crisis-prone regions to adopt the same strategies to halt restiveness in their areas.

3 Die In Cult War Over Girl In A’Ibom.

A source in Eket, who pleaded anonymity, told NAN on Wednesday that the incident occurred on June 21 at a popularly area called Idung Afianwe in Eket. 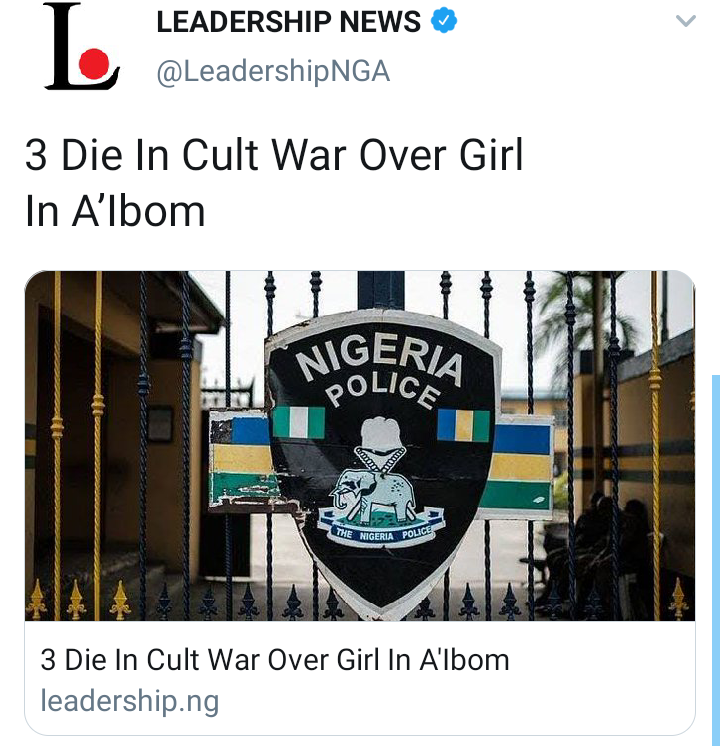 He said the killing of the trio resulted from a fight between two rival cult groups – Axe Confraternity and Klans over a girl at a popular spot at Afaha Ukwa Street, Eket.

The source, who claims to be a member of one of the cult groups said: “the fracas started on Monday, June 21 and we lost a vibrant young man.

“We all know the club house at Afaha Uqua, where they sell all sorts of hard and contraband drugs and where those loose girls hang around.