By Favour_Oshiokhai (self meida writer) | 1 months

The #Endsars protest is one that many Nigerians will not forget in a hurry, due to the nature of things witnessed during the protest as what started as a peaceful protest turned out to be something else, especially with the incident that happened at the Lekki Toll Gate.

Recall that properties worth huge amounts of money were also destroyed in the process of the #Endsars protest. 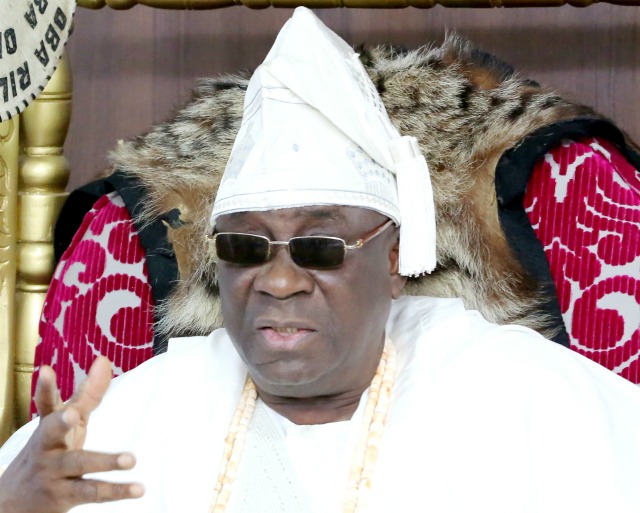 Oba of Lagos, Rilwan Akiolu while speaking at the commissioning of the Glover Hall Memorial in Lagos on Wednesday revealed the huge amount of money that was stolen from his palace, he also spoke on the huge losses that was incurred in Lagos as a whole, noting that the destruction that occured in Lagos was by far bigger than any other destruction witnessed in any other Nigerian state.

The highly respected Oba of Lagos revealed that $2 million and 17 million naira were stolen from his palace during the #Endsars protest. The Oba of Lagos further added that he won't place a curse on them for stealing such huge amount of money. 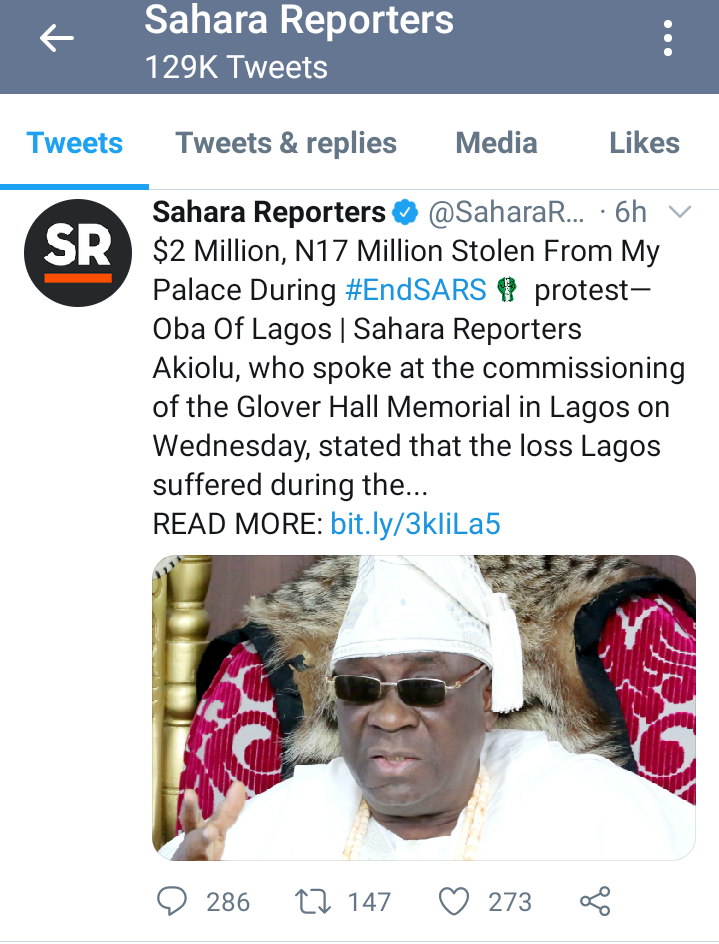 See the screenshots of the reactions of Nigerians below; 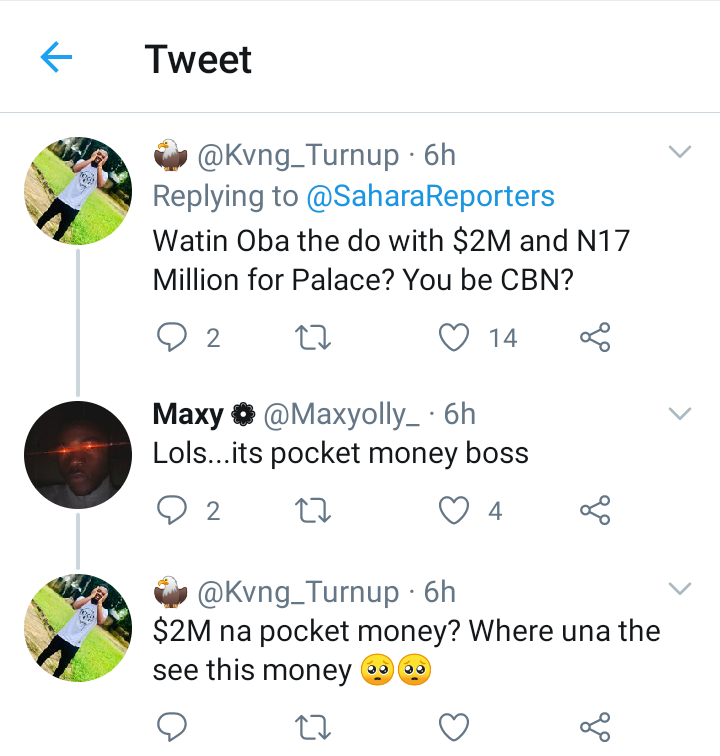 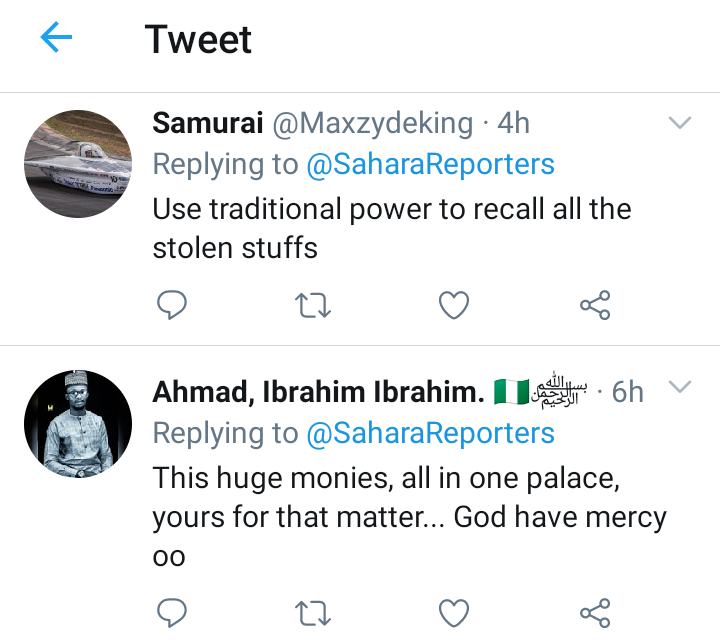 The Oba of Lagos has refused to curse those who stole the money, despite the money being so enormous, what do you think should before the thieves?