The detained leader of the proscribed Indigenous People of Biafra is set to re-appear before the federal high court sitting in Abuja on the 21st of October, 2021 to face the charges slammed against him by the federal government. As such, a recent report has revealed that the Federal Government has amended its treason charge against Nnamdi Kanu.

However, the interest of this article is on the third count charge and how it played out in court in 2018 while Nnamdi Kanu was in exile. Recall that after Nnamdi Kanu was granted bail in 2017, he jumped bail and fled the country but still, his alleged accomplices were arraigned in court to face trial. 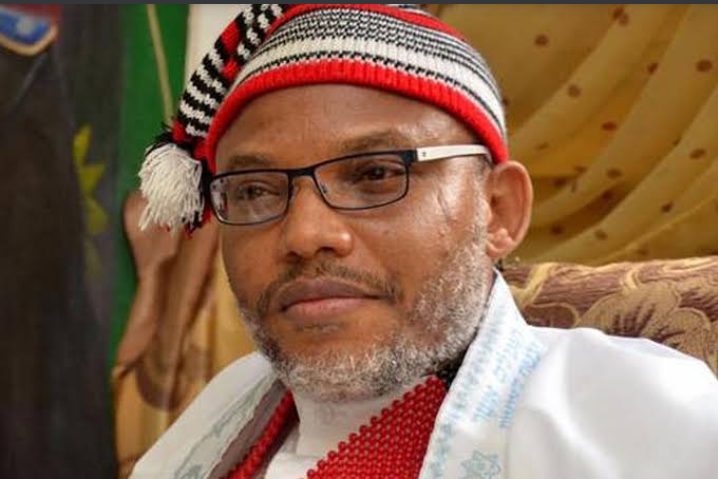 First of all, the third count charge slammed against Nnamdi Kanu is that Nnamdi Kanu, had between  March and April 2015 imported and kept in Ubulusiuzor, Ihiala Local Government Area of Anambra State, a radio transmitter known as TRAM 50L concealed in a container of used household which he declared as used household items and thereby committed an offense contrary to Section 47 (2) of the Criminal Code of Act, Cap C45, Laws of the Federation of Nigeria, 2004.

However, quick research revealed that on Thursday, March 22, 2018, the Federal Government opened its case against four pro-Biafra agitators Bright Chimezie (1st defendant), Chidiebere Onwudiwe (2nd defendant), Benjamin Madubugwu (3rd defendant), and David Nwawuisi (4th defendant) who faced trial alongside Nnamdi Kanu who did not appear in court as at then because he had already fled the country. 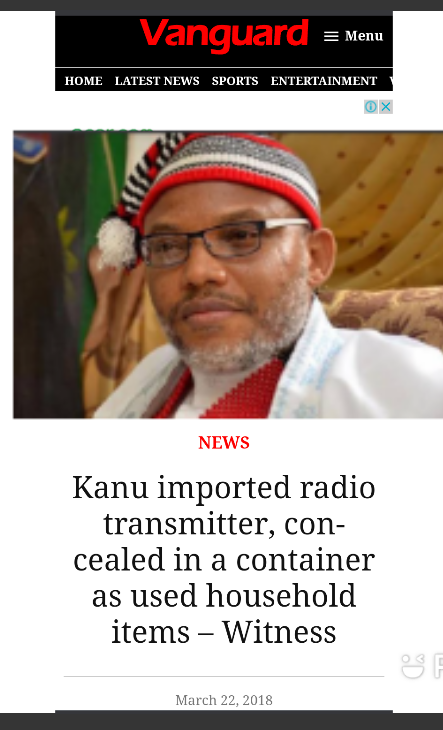 During the trial, the Federal Government through its first prosecution witness (an operative of the Department of State Security) whose identity was shielded as requested by the court revealed that the said Radio transmitter (TRAM 50L) was imported into the country by Nnamdi Kanu and concealed in a container that was declared as used household items. The witness further revealed that investigations by DSS uncovered that it was Bright Chimezie (1st defendant), that took delivery of the container in Lagos and on Nnamdi Kanu’s instructions, moved it to the residence of Benjamin Madubugwu (3rd defendant) at Ubuluisiuzor in Ihiala Local Government Area of Anambra State.

Going forward, the witness (DSS operative) upon cross-examination by the defendant's counsel stated that he did not visit the wharf in Lagos where the container containing the radio transmitter landed, and as such he could not ascertain if the container was properly cleared or was smuggled into the country.

However, a statement written by Bright Chimezie (1st defendant) when he was arrested on 14 September 2016 was read in court whereby he (Bright Chimezie) claimed that he did not know the content of the container until Nnamdi Kanu came back to the country from the United Kingdom and the container was opened.

However, after due deliberations in the court on March 22nd, 2018, Justice Binta Nyako adjourned the case to May 21st, 2018 for the continuation of the trial.

It is good to understand that this third count charged slammed against Nnamdi Kanu has been in court since 2018 and it has now been brought forward for hearing and cross-examination as Nnamdi Kanu will appear in court to give his account of the radio transmitter (TRAM 50L).