By QualityGist (self meida writer) | 19 days

Two police officers in Lagos have been rough handled by two persons who were called to order by the policemen on duty, trying to ensure free flow of traffic in the busy Lagos roads where tragic congestion is one of the major problems confronting the people.

In the video posted on Twitter, the guys agreed to have followed one-way while been violence against the two armed policemen. As noticed in the tweet from the person that sheared the video, the two persons got down from their vehicle after they were stopped by the security agents, and immediately started fighting the policemen.

Their voices were clearly heard in the video as they're consistently issuing warning to the law enforcement officers. They kept on saying, they will cause the policemen to lose their jobs for trying to stop them from violating the traffic laws.

You will lose your job, you will lose your job, they threatened the policemen who were doing their job. It got to a point, they stared squeezing the union on the neck of one of the officer. Even while the policemen who were armed with AK-47, continue excising calmness in the face of the harassment, the two traffic offenders continue to pushed them away from the road like common criminals.

See some photos screenshotted from the video posted on Twitter below: 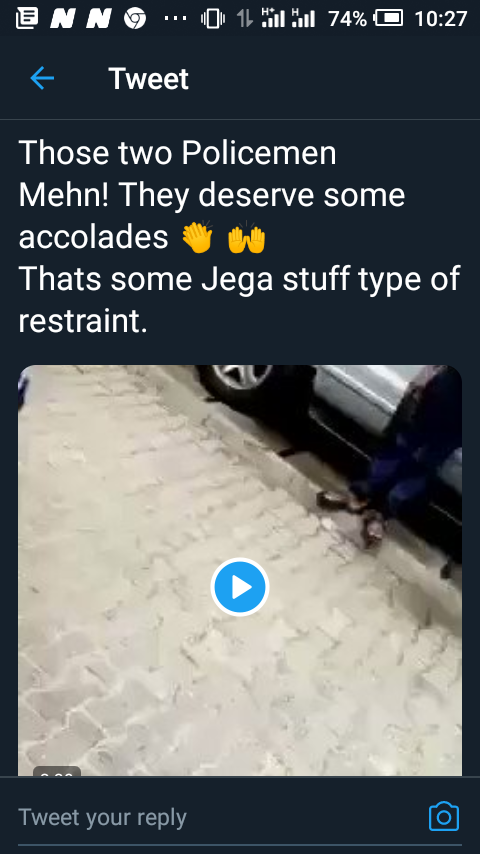 Note: the quality of the photos from the video is too poor for our standard!

A lot of Twitter users have condemned the actions of these two Nigerians in the comment section of the tweet. To many of these persons, the two persons who fought the policemen should not go free. Some commentators have already tagged police authority to the video.

One of those who commented on the tweet, blamed the EndSARS protests that rocked the country late last year for the consistent attack on policemen.

According to Iyalaya in her own tweet, hoodlums are now taking advantage of the protests to underrate, abuse, and confront police officers at will. She was very optimistic that, arresting and prosecuting the two persons seen in the video will serve as deterrent to other young Nigerians who may want to needlessly confront policemen in the nearest future. See the comment and others to take from Twitter below. 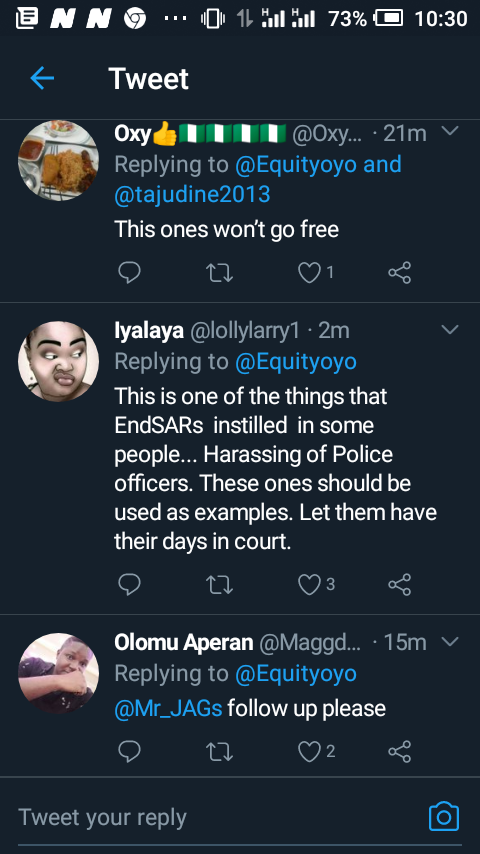 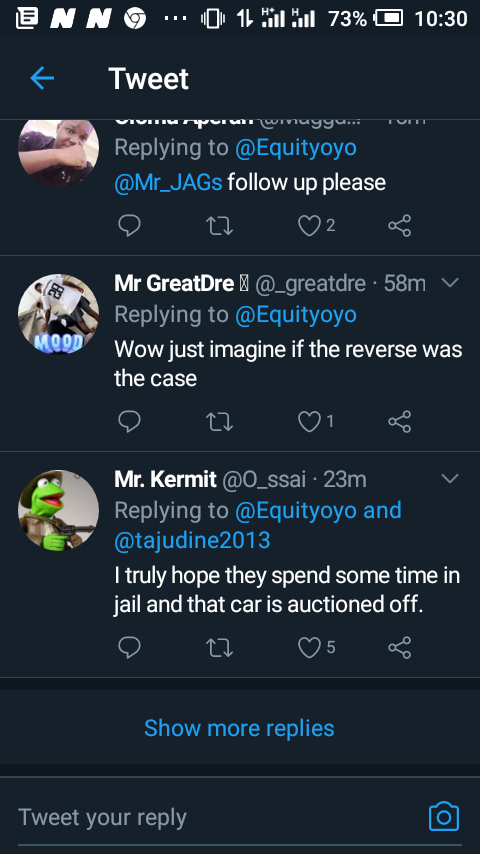 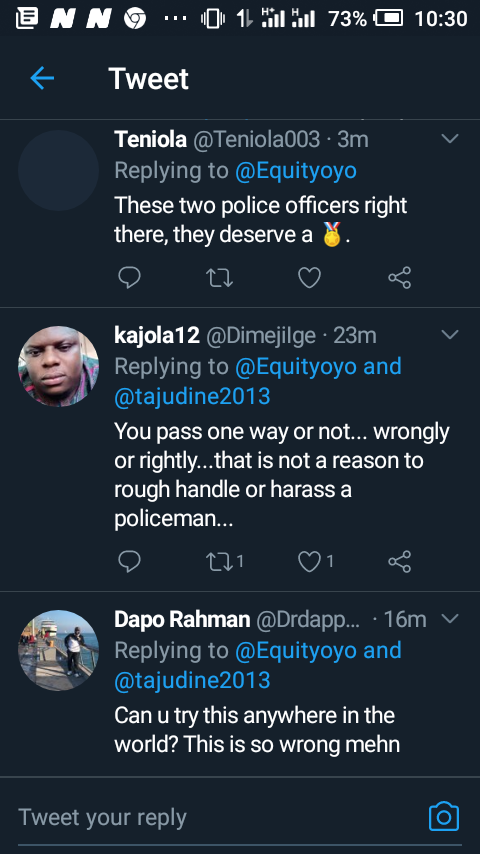 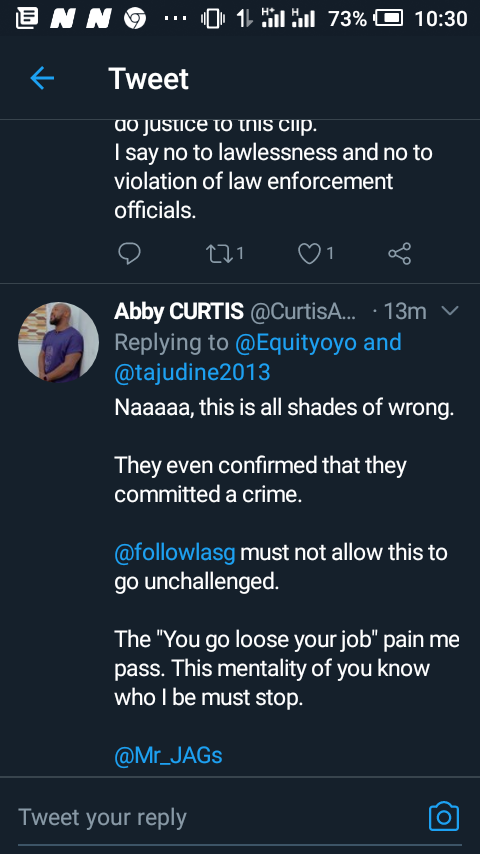 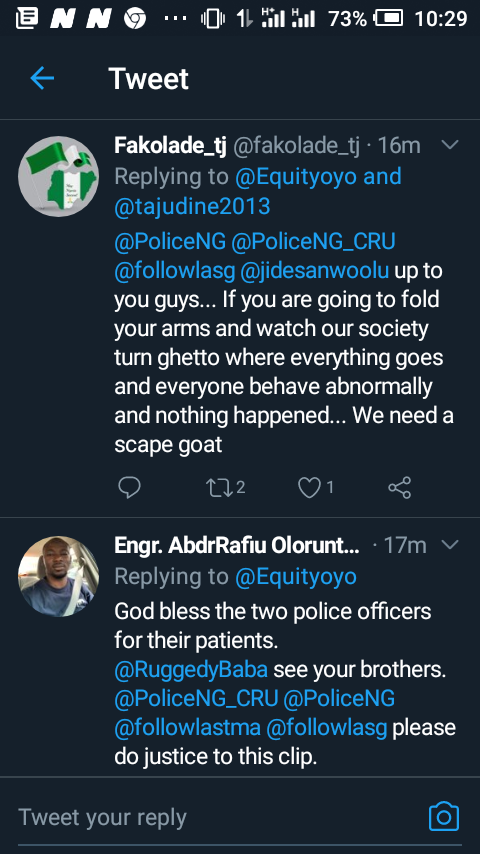 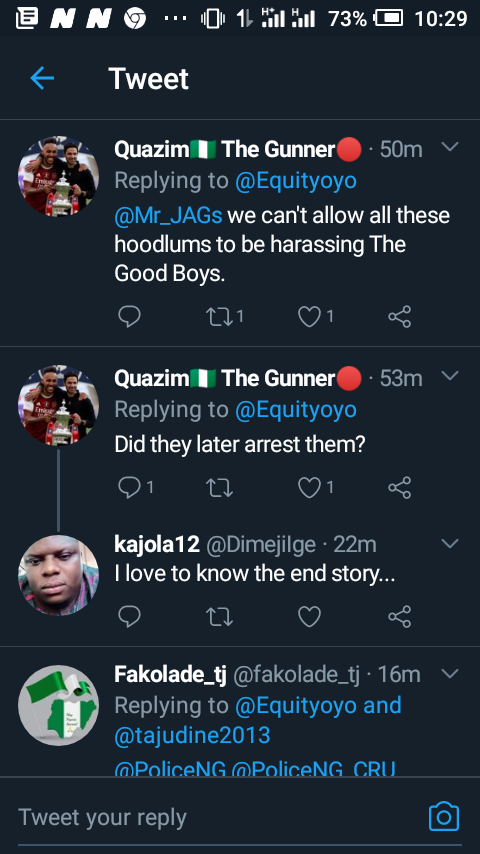 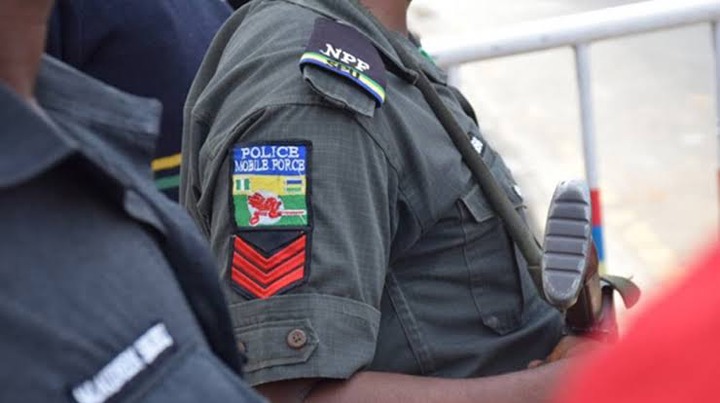 In my own thoughts, I think the policemen should be applauded for not joining issues with the hoodlums. What if they reacted with the guns in their hands, by now we would be blaming the police officers as usual.

What is your take on this issue? Don't you think the EndSARS protests is doing more evil to us than good as punctuated by the lady? It seems, policemen are now endangered specs in the society they are sacrificing their lives to protect.

Who'll Protect Us In The Future? - Buhari Asks As Attack On Security Agents Persist

Opinion: As For Sunday Igboho, Pastor Adeboye Does Not Need Your Sympathy

If We Kill All Security Agents, Who Will Protect Us From Future Emergencies?- Buhari Asks.