It may be recalled that about a month ago, the internet was swashed with the video footage and news of a serving female youth corps member, Ezeiruaku Ifeyinwa Fidelis, being maltreated by another female, Chuka Viola Anele, who was a Lieutenant of the Nigerian soldier. In the video, the military officer could be seen pouring a whitish liquid substance on the head of her victim who was kneeling before her. 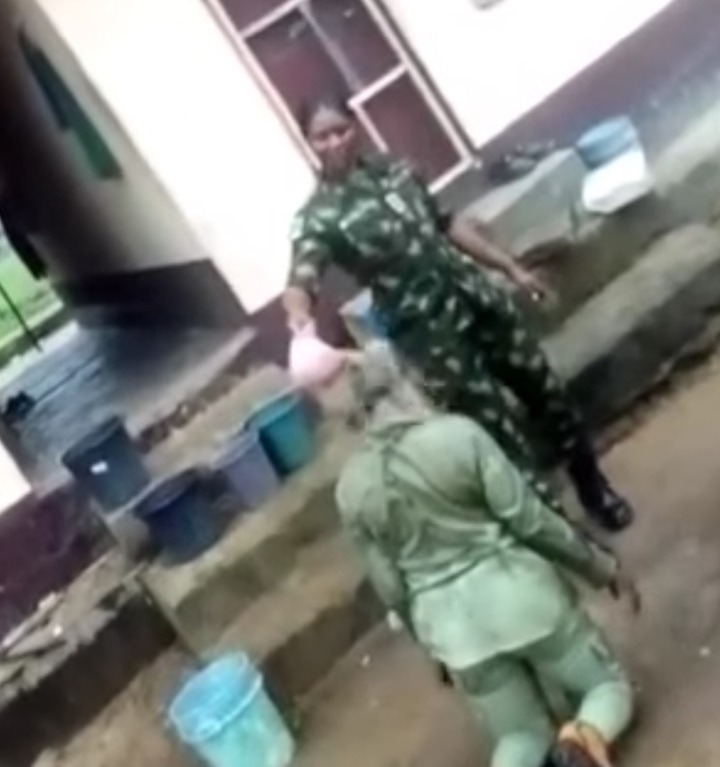 In response to the news about the development, the management of the National Youths Service Corps (NYSC) immediately redeployed Ms Ezeiruaku from Calabar in Cross River State, her former place of primary assignment where it had taken place. And a flight ticket was also booked for her to quicken her departure from there.

However, based on a new report from the stable of The Nation Nigeria, the corps member who disclosed that the punishments she suffered from the military officer have been affecting her emotionally has vowed to sue both her punisher and the Nigerian army. The summary of her threat of legal moves against them are that while the former has not called her even for once to apologize to her, the former has failed to bring the female soldier to justice for what she did to her.

But on his part, her Lawyer in the person of Barrister Eni Okoi is of a contrary position to the move that his aggrieved client whose one year service time is allegedly climaxing on the 28th of this month is threatening to make. According to him, when the NYSC officials became aware of what happened to her, they had to relocate her of there.

In addition, the legal luminary said that, albeit the NYSC had not reached out to them, they had seen its action which was in good fate. Therefore, he did not think that there was a need fighting over what was unnecessary. 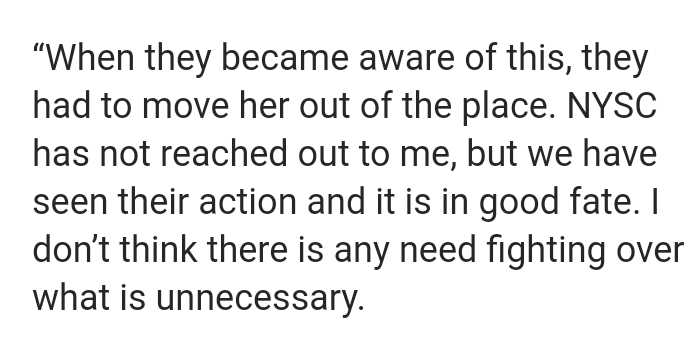 Considering whether Barrister Okoi is right or wrong to make the above comment about the issue on ground as it concerned Ms Ezeiruaku his client, one may want to say that he may have spoken based on what he said about the NYSC. He recalled that the NYSC moved her out of the place when they became aware of the incident. And, he, perhaps, spoke on the backdrop that she should let-go of the matter since she had already been accorded such a respectful response. Therefore, he can not be said to be right to posit that his client should drop a legal suit which she intends to undertake after being treated like a nonentity by who was supposed to be one of her defenders. And to worsen everything, she has been ignored by the highly respected military despite her alleged complaints to it. 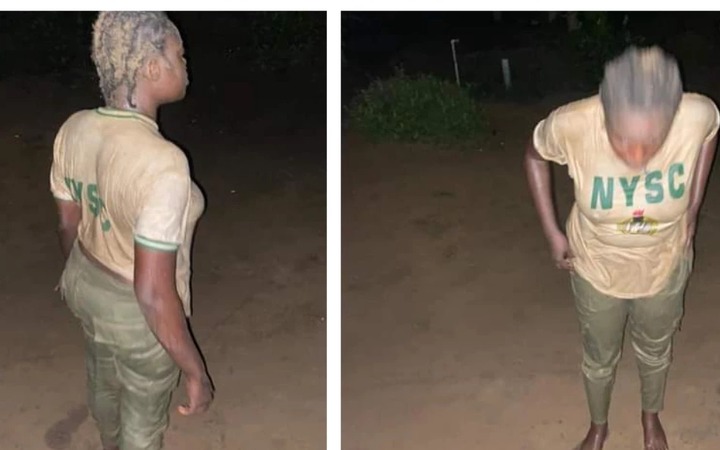 By the way, if she eventually gets justice, it will even mean a plus to the NigerIan Army.