By Eltosdelights (self media writer) | 8 months ago

Many Nigerian youths stepped out of their homes 4 days ago to recognize the fallen heroes who lost their lives one year ago at the Lekki Toll gate in Lagos during the first EndSars protest that shocked the country. The recent protest which was tagged EndSars Memorial was done in a car procession manner, where the protesters were expected to protest in their cars and any type of vehicles. 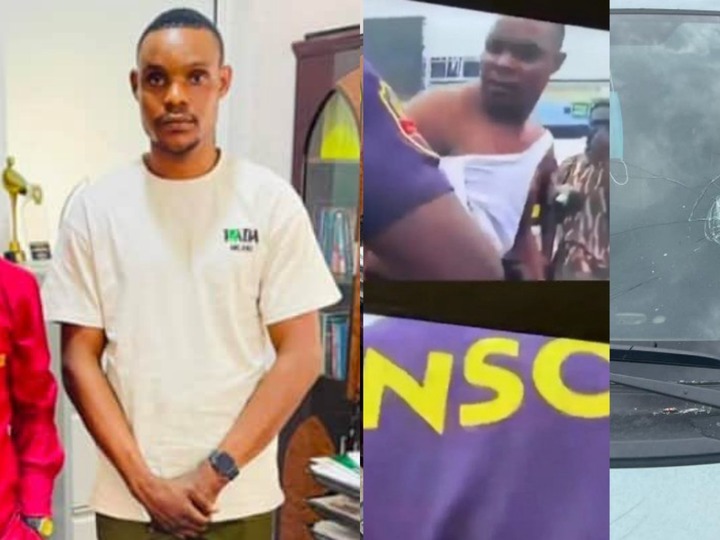 The car procession method came after the Lagos state government warned protesters more than once that they should not protest in the streets of Lagos, else they risk being arrested.

The car procession went well, but there were still some problems. Some journalists, innocent people and protesters were manhandled and arrested by some security operatives who were stationed at strategic places in the state to monitor the protest. One of such people who was manhandled, pepper-sprayed and beaten is one Uber driver whose name is given as Mr Adedotun Clement.

Mr Adedotun's car was also reported to have been seized from him despite his plea that he was not a participant of the EndSars Memorial movement. However, following the assault incident involving the Uber driver 4 days ago, two things have happened in regard to the incident after he was assaulted.

1. Sanctioning and De-kitting of the officers involved in the assault. 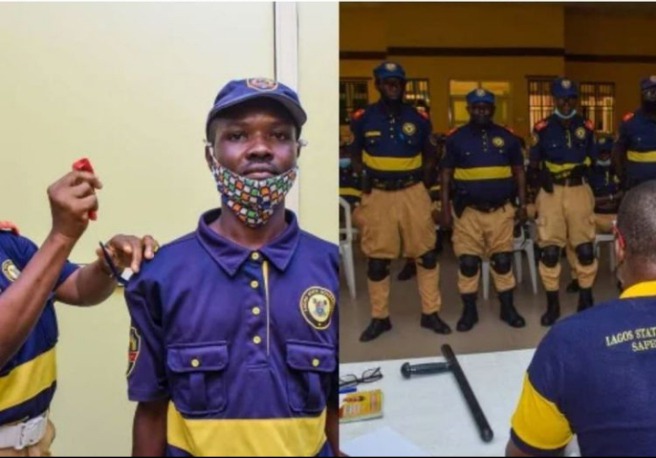 One of the security agencies that was on ground on the EndSars Memorial Day was the Lagos State Neighborhood Safety Corps (LNSC), and according to the videos circulating the internet, some men of this agency took part in the assault of Mr Adedotun. 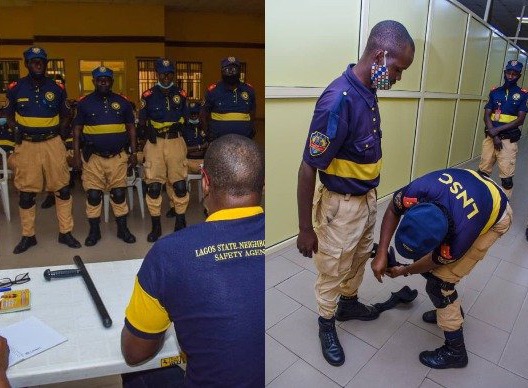 In a report on the Punch News, the agency responded to the incident by de-kitted two of its officers who were directly involved in the assault and also sanctioned the others. The statement of the punishment given to the officers was issued by the agency on Friday, October 22 during an orderly room trial. 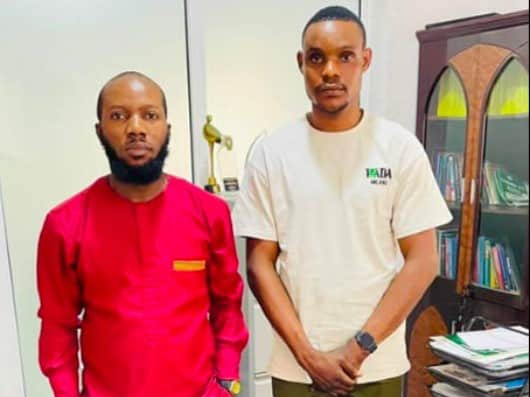 Days after his assault in the hands of officers of the Nigerian Police Force and officials of the Lagos State Neighborhood Safety Corps, Mr Adedotun has decided to take legal actions against the Lagos State government. In a report on Linda Ikeji's blog, a letter has been written by Mr Adedotun's lawyer, Inibehe Effiong, and In the letter, Mr Adedotun is demanding that disciplinary measures should be taken against the security operatives who assaulted him during the EndSars Memorial movement. He also asked that the officers should be prosecuted in court in line with the Anti-torture Act and the Criminal Law of Lagos state. 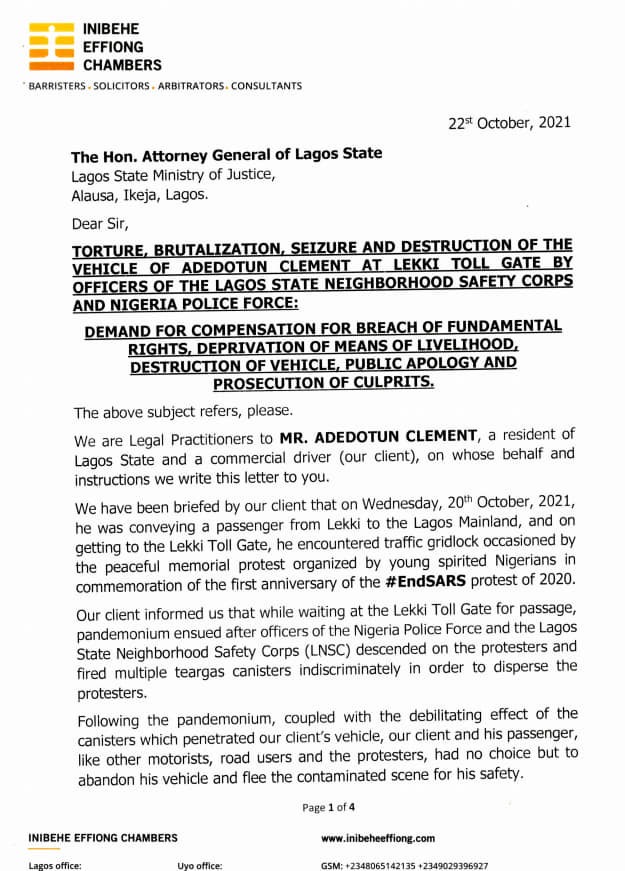 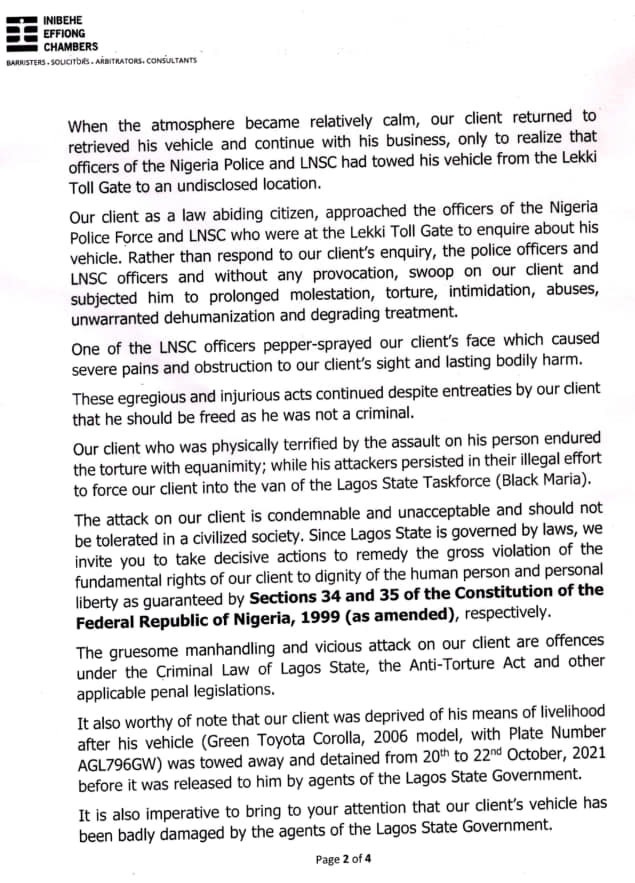 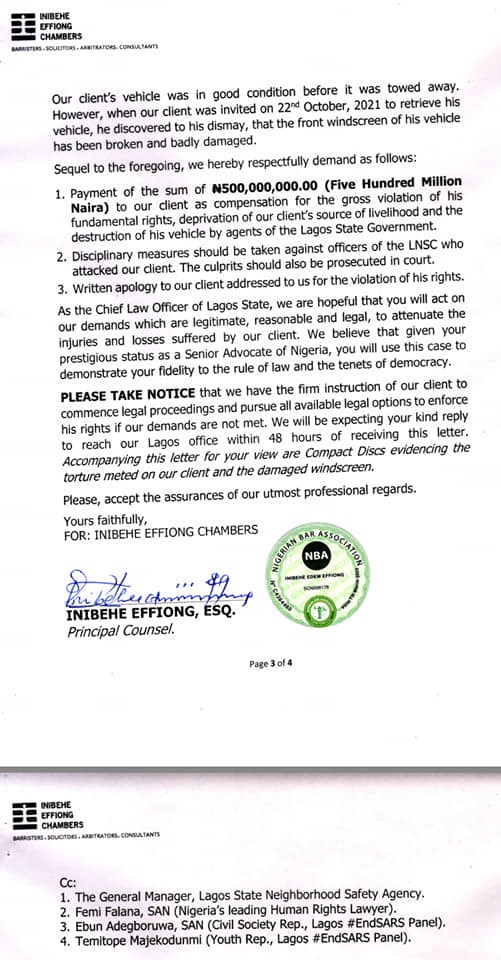 Lastly, Mr Adedotun also demanded that 500 million naira should be paid to him as compensation with an apology from the Lagos state government.