By Ok-precious (self media writer) | 5 months ago

The Committee on Prison Reforms and Decongestion in Kano State, has freed Rahma Hussein who was convicted of killing her husband.

The incident is reported to have happened in 2014 when Rahma who was 16 years by then stabbed her husband to death a day after their wedding.

Hussein was charged to a High Court in Kano where she was tried and found guilty. Justice R. A. Sadik while pronouncing the judgement in 2014, asked that she be detained at the "pleasure of the Governor" because she was forcefully married off against her wish. 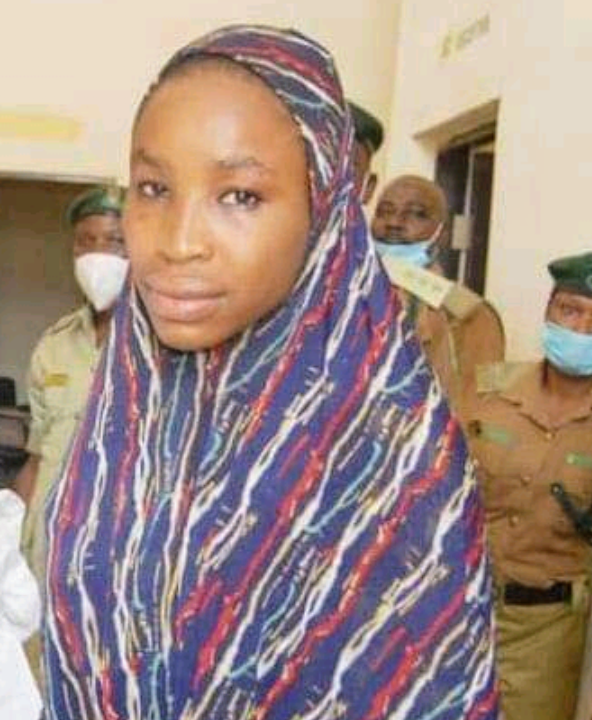 On Friday 27th August, 2021, the Committee which is responsible for Prison decongestion considered her case and found Hussein worthy of benefiting from the Presidential Pardon.

He added that they also advised the Governor of Kano State, Abdullahi Ganduje to consider the circumstances surrounding her offence and grant her pardon since he has the prerogative of Mercy on her judgement.

The Governor was said to have adhered to their advise which led to her release.

Rahma reacting after her release, thanked the members of the Committee, the Kano State Governor and the Officials of the Correctional Centre who had contributed to her freedom.

The Committee led by Justice Ishaq Bello has also released 30 other inmates from various Custodial Centres in the state on Friday. They were said to have also paid fine for some, settled compensations, and released those who are in critical health conditions as well as the elderly.