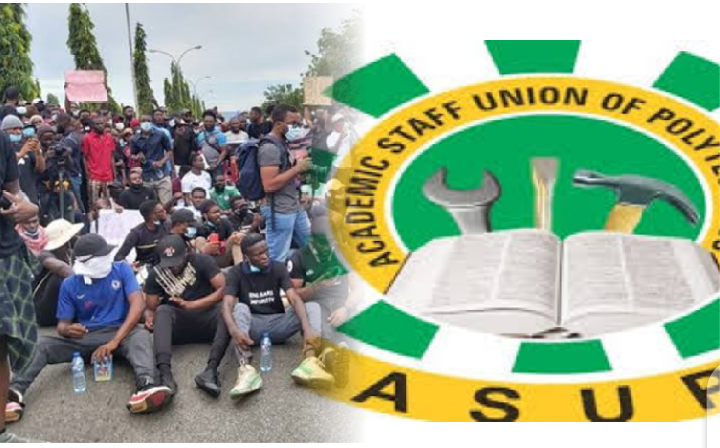 The Lagos Commissioner of Police, Hakeem Odumosu, on Monday warned against any planned protest in the state.

A statement signed by the State Police Command’s Spokesperson, Adekunle Ajisebutu, revealed that the command had received information of a planned protest to mark one year of the #EndSARS protest. 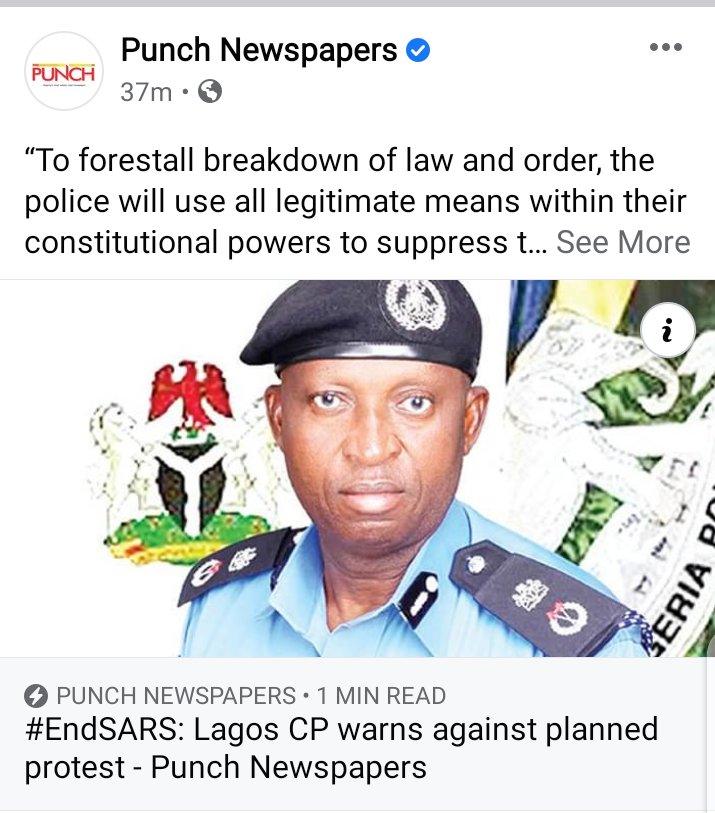 Ajisebutu warned that the police would not hesitate to use all legal means to stop the protest from taking place following the experience of the last #EndSARS protest.

He said, “Credible intelligence at the disposal of the command has revealed clandestine plans by some youths, individuals or groups to embark on a protest today in commemoration of the one year anniversary of #EndSARS.

The Academic Staff Union of Polytechnics (ASUP) has threatened that its members may withdraw their services in polytechnics across the country if the government fails to do the needful in the implementation of the Union’s Memorandum of Action (MoA) signed with it in April, 2021.

It added that it would deepen consultations on the next steps as there will be no further warnings if the government does not move quick to avert another round of strike. 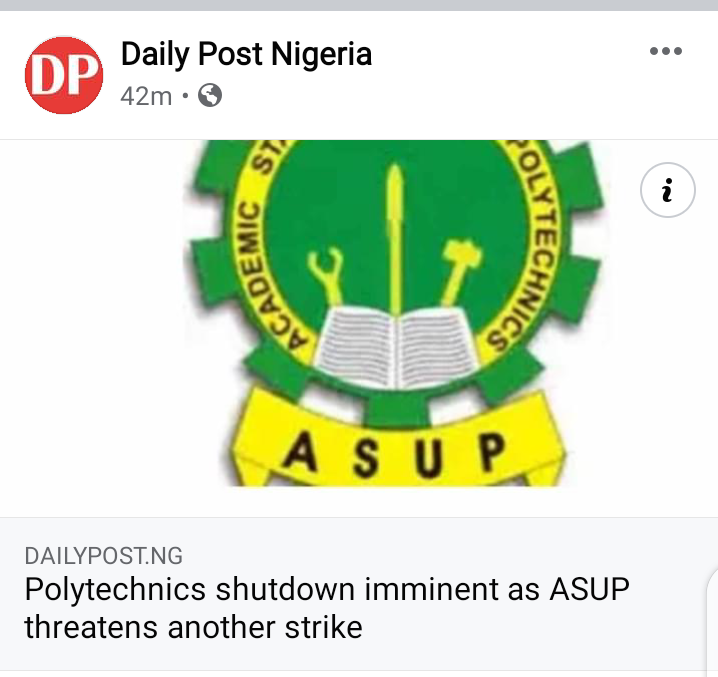 responsible for any other breakdown of industrial harmony in polytechnics.

These are contained in a communiqué issued at the end of the 101 regular meeting of the National Executive Council of the Union at the Gateway ICT Polytechnic, Saapade, Ogun State, which was made available to journalists in Bauchi by the Union.

A call has gone to the new Commissioner of Police in Ogun State, Lanre Bankole not to allow himself to be used by the ruling All Progressives Congress (APC) to torment opposition parties in the State. 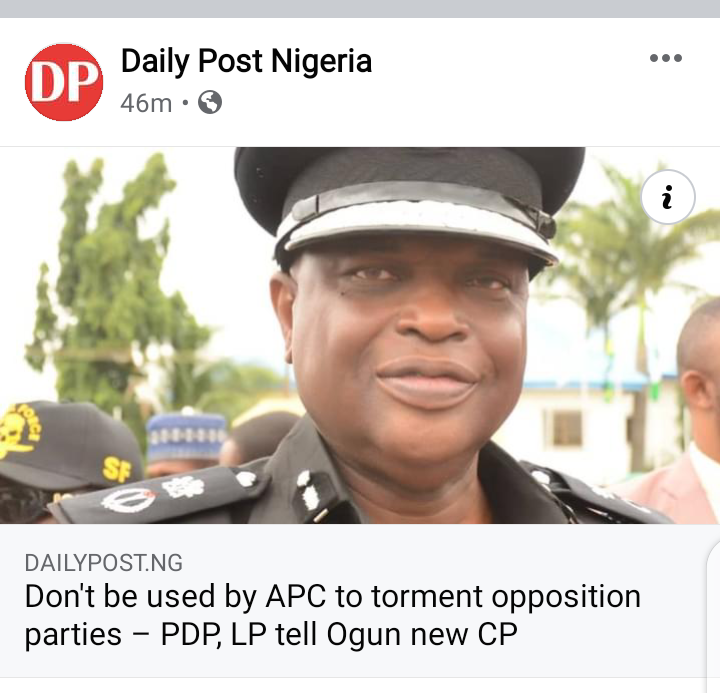 The Ogun State chapter of the Peoples Democratic Party (PDP) and the Labour Party (LP) made this charge in separate interviews with DAILY POST in Abeokuta as they welcomed the new CP to the Gateway State.

Speaking with our correspondent, the PDP State Publicity Secretary, Akinloye Bankole, charged the new Police Commissioner not to become a willing tool in the hands of Governor Dapo Abiodun and his ruling APC.

2 Held For Supplying Foodstuff To Bandits In FCT

Police in the FCT have arrested two people conveying foodstuff towards Kuje in a vehicle accusing them of supplying bandits as they refused to disclose their destination.

Daily Trust had reported that some fleeing bandits were setting up camps in some communities in some FCT area councils. 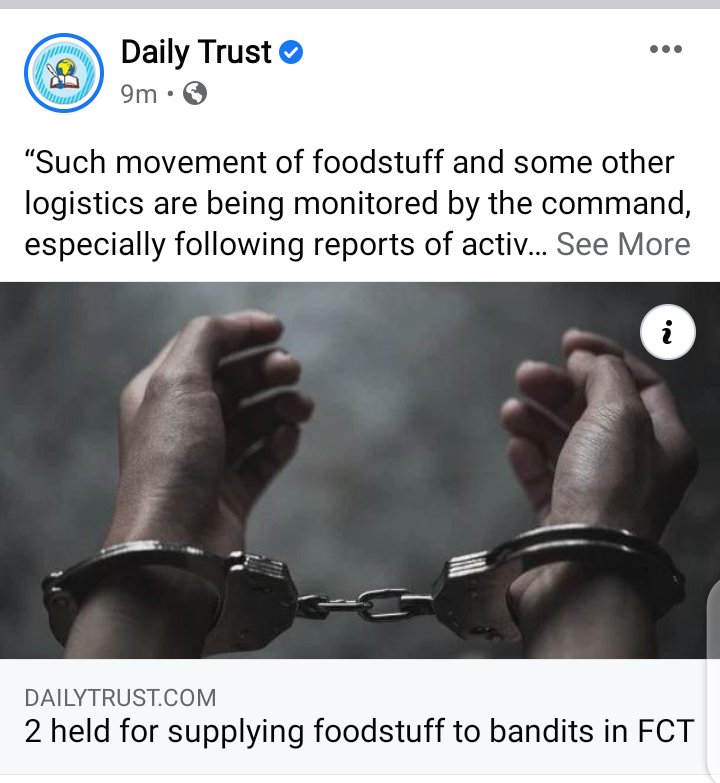 Some residents of the area told our reporter that bandits often forced people to buy food items for them and not to report their location to security operatives.

In a statement, the FCT police spokesperson, DSP Adeh Josephine, said a vehicle conveying foodstuff and other items to an unknown area in Kuje Area Council was impounded.